This Week In Manual Athletics: October 10 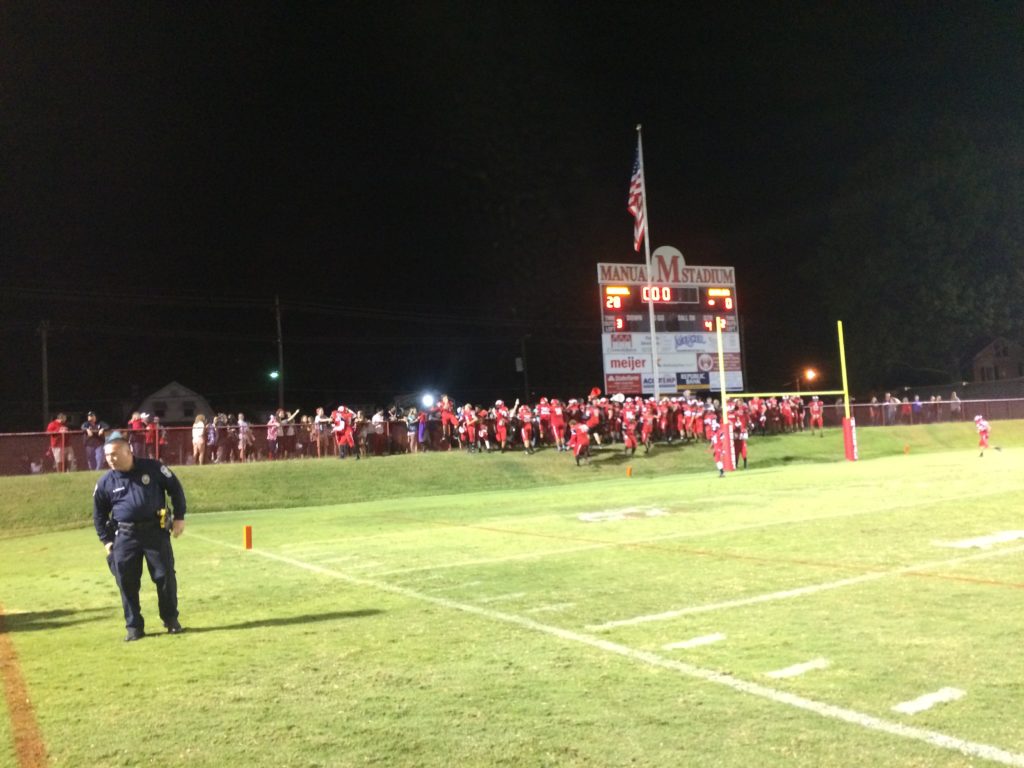 The Crimsons suffered their first loss of the season last Friday when they fell to St. Xavier 28-12. Manual is now 6-1 overall and 1-1 in district play. This week the Crimsons will play against the Pleasure Ridge Park Panthers in their third district game of the season. The JV team will play at PRP on Oct. 10 at 5:30 and the Varsity squad will play at Manual Stadium on Oct. 14 at 7:30.

Last week the Field Hockey team pulled off a huge win over Ballard by a score of 2-1. The team also took care of Presentation Academy 8-0. This week the Crimsons will finish up the regular season against Collegiate on Oct. 11 at Rachel Baker field. The JV team will play at 5:30 and the Varsity team will play at 7. The JV team will also play in the Pumpkin Tournament held by Assumption and Collegiate beginning on Oct. 12. The KHSAA state tournament will begin next week and the Crimsons look primed for another deep run into the playoffs.

The Cross Country team dominated the Fast Cats Classic over the weekend as Yared Nuguse and Alena Sapienza-Wright won the Mens’ and Womens’ races, respectively. This week the Crimsons will have two races as they head into the back-stretch of the season. The JV 4k will take place at Tom Sawyer Park on Oct. 11 and the Varsity team will race in the Lexington Catholic Invitational on Oct. 15 and the Kentucky Horse Park.

The Boys’ Soccer squad finished the regular season last week with a win over South Oldham. This week they await the winner of the Central vs St. Francis game that will be played on Oct. 10 at Manual Stadium. The Crimsons will play the winner of that game on Oct. 12 in the 25th District Championship game at 7:15. The winner of that match will advance to the KHSAA state tournament.

Manual defeated Atherton by a score of 9-0 in the regular season finale over the weekend. The Lady Crimsons now await either Central or Presentation in the 25th District Championship game to be played at Manual Stadium on Oct. 12 at 5:30. The winner of that game will move on to play in the KHSAA state tournament next week.