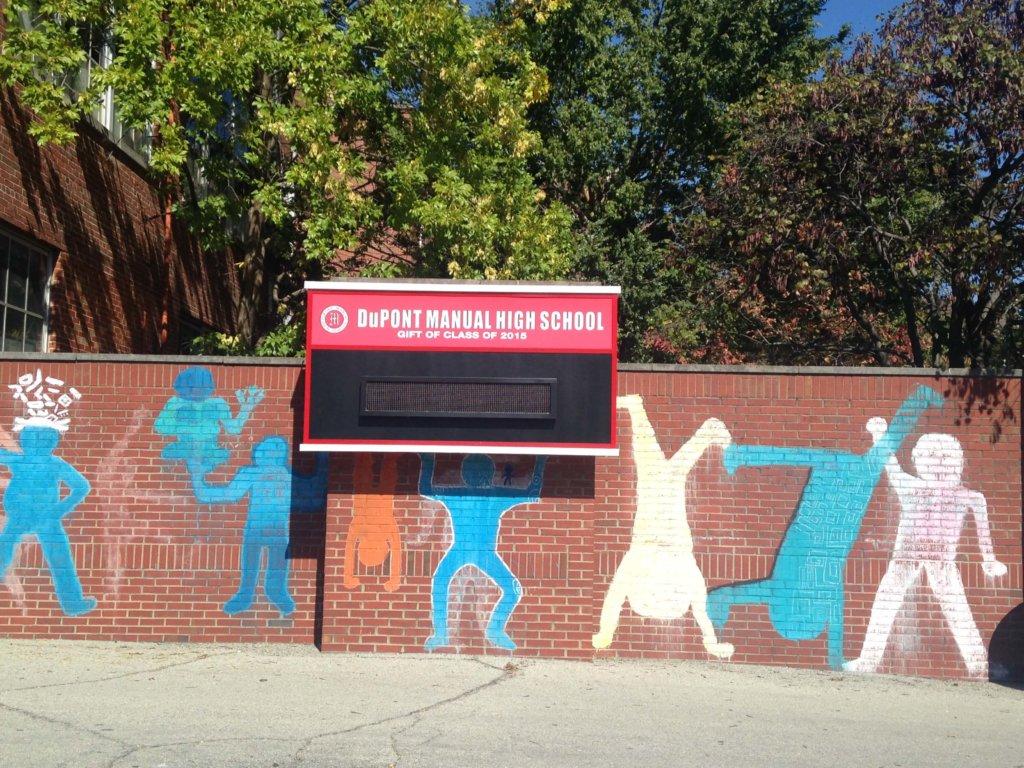 The electronic sign, hanging outside the art annex. Photo by Hunter Hartlage.

The electronic sign in Manual’s parking lot is still inactive two months after it was initially installed because the vendor, Glass Sign Company, sent the high school the wrong sign.

Walsh said that the Glass Sign Company apparently sent the wrong sign “to one or two other schools.”

Walsh chose the company because the District recommended Glass Sign Company to her.

“We did receive an email from the company owner about month ago saying that the correct sign or the insert of the sign has been ordered,” Walsh said, “so apparently we’re just waiting on that right now.”

Manual’s ordering clerk, Helena McDowell, has been talking with JCPS and Glass Sign Company to figure out how long it will take. Walsh also said that the district has been dealing with the sign company on Manual’s behalf.

The new sign is supposed to be installed in mid-October.

Walsh is working with the sign company because the duPont Manual class of 2015 paid for it at the beginning of summer last year.

“We paid for a foot and a half by four feet of digital space,” she said. “They installed this little six inch thing for one line of text.”

The sign was supposed to have multiple functions, including transmitting color video.

“It’s supposed to be this wonderful thing, we could report Mr. Mayes speaking or walking down the hall or Mr. Kuhn dancing at a pep rally, and we could flash it up there along with all our news or school-wide messages,” Walsh said.

“Hopefully it will be completed soon, so that we can start using it,” McDowell said.