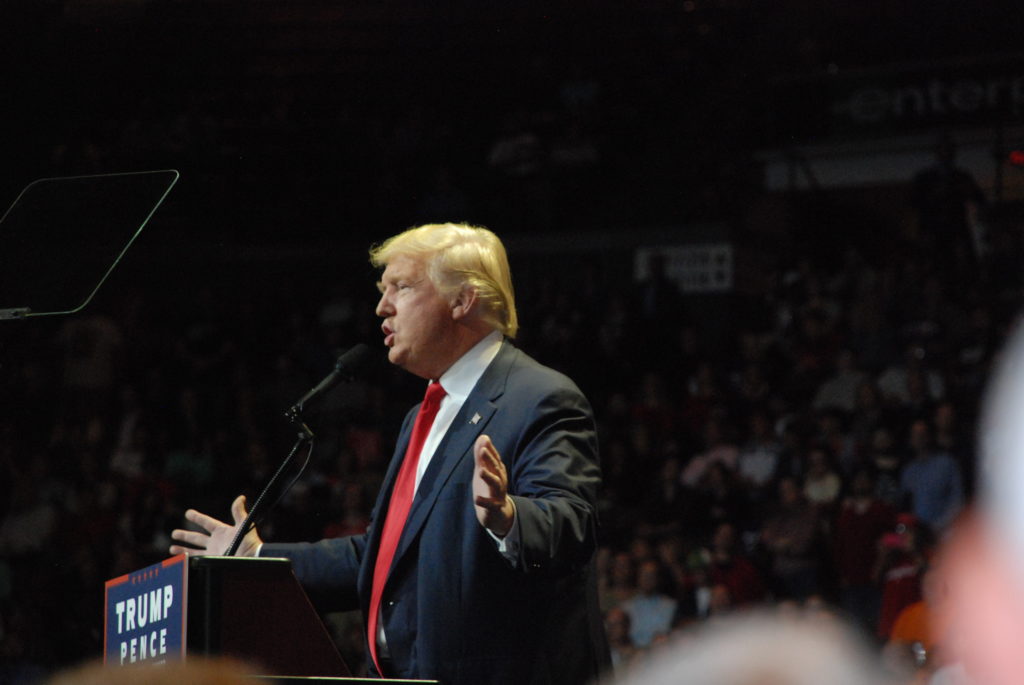 With only 25 days left in the presidential race, Donald Trump made an appearance at a rally in Cincinnati, Ohio on Thursday.

The event was promising, with 6,000 people in attendance and the streets lined with protestors.

“Wikileaks reflects just how much is at stake on November 8,” Trump said.

Supporters agreed that Trump exposed rumors about Clinton at the rally, he made it clear why Republican Americans do not want or need her in office.

Another big focus of the rally was Trump’s trade reforms.

“If I win, we are going to announce our plans to totally renegotiate the worst trade deal ever made, NAFTA,” said Trump.

Trump reiterated his views for keeping businesses in America.

“Countries are no longer going to take our jobs, there will be consequences,” Trump said. “We are going to start making things again in America, and that starts here in Ohio.”

High school student, Brent Sewer, believes that Donald Trump has some “questionable morals” but “he’d be good for the economy.”

“I think he can be president but I think he has to work on his public appearance,” Sewer said.

Trump talked about the mistreatment of minorities, but failed to provide any solution to the problem.

“Either we win this election, or we lose our country. And that’s what’s happening, and that’s your choice,” Trump said. “A vote for me, is a vote for you, and it’s a vote for change,” he said.

A college student named Nikolae, who was not comfortable giving his last name, said that he did not support Trump.

“I think that his extreme lack of competence, as far as speaking, and managing situations is incredibly poor. I think that the way he influences culture; racism, bigotry, amongst people is a really wrong direction for our country,” Nikolae said.

Supporter Amanda Buschelman says that she supports Trump because “he says what the rest of America feels.”

Another supporter said that Trump spoke very well at the rally, as he always does.

Neutral viewer, Ayana Rowes, felt that the rally was more of a performance than anything with lots of rhetoric.

“He’s not distinguishing himself and I think he knows it, I think he’s just trying to keep his supporters supporting him; he’s not really trying to say how, or convince people,” Rowes said. “I was impressed by Trump’s ability to move such a large crowd even when the GOP doesn’t support him.”

“I sat there not a Trump supporter, not feeling convinced, there was nothing he said that would change my mind,” she said. “As an african american woman I didn’t feel safe at this rally.”

“People love to eat up his bullshit, I saw it here today, that’s what I came for and I saw the people who came to eat it up,” Nikolae said