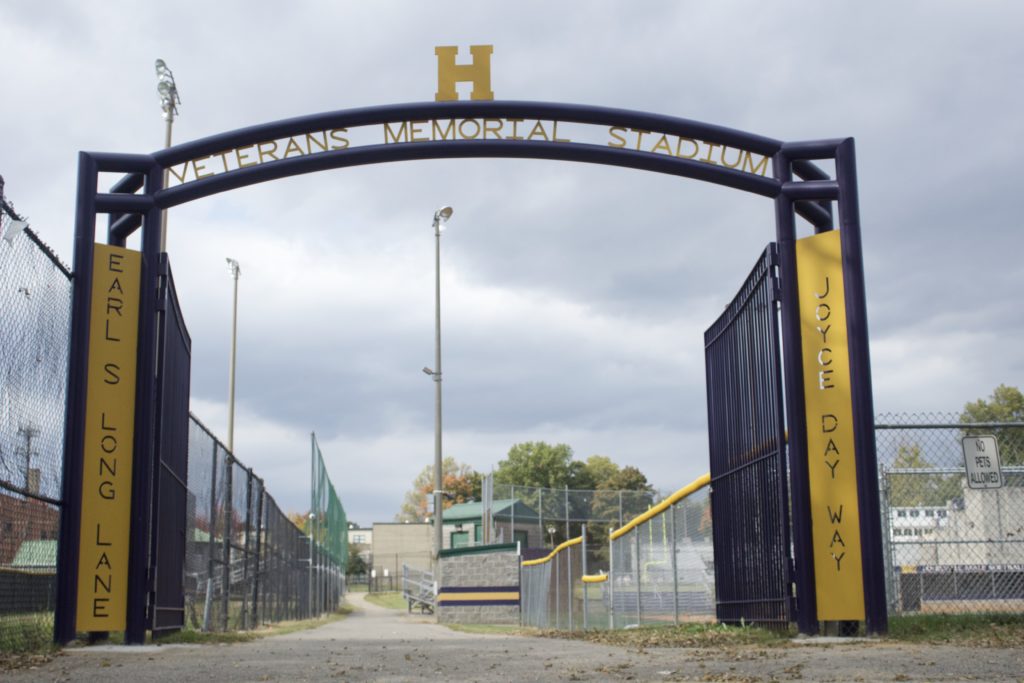 Every year thousands of students, teachers, parents and alums go to watch the annual Male/Manual rivalry football game at the end of October.

While most people find it pleasant to go and cheer for the red and white, or purple and gold, the community surrounding the stadium may have some other opinions.

Dayna Goodlett, who has lived in the the area of Male’s stadium for over 20 years, said that because of the Male/Manual game, she and her husband sometimes have to leave their home.

“Sometimes we just leave the neighborhood,” she said. “We might go out to eat or something, or go out with friends.”

Whenever they are home for the game, however, Goodlett and her husband sometimes watch it.

“I don’t go into the stadium, I just kinda watch from the street,” she said. “We can actually see the scoreboard from my deck.”

Despite her mother and father both graduating from Manual, Goodlett doesn’t really favor one team or the other, although she says that she’d probably support Male.

Bradley Lucas, who has lived in the area for two years, said that he’s not very interested in the Male/Manual game.

“I don’t really go up there anymore,” he said. “I went last year, haven’t really gone this year.”

Bradley also doesn’t stay around during the Male/Manual game, usually going to his brother’s house during the time of the game.

When he is home, he says that he doesn’t find the game that irritating.

“People are nice,” he said. “Sometimes I get some money for letting people park here.”

Bud (Lawrence) Oberhausen, a 1954 Manual alum, moved into the neighborhood behind Male High School in 1963.

Oberhausen said that it was tough to live behind Male because he didn’t want to have to see Male play every Friday night.

To him, it’s always been a huge deal when Manual plays Male.

“Manual stadium back then was the biggest place to play in the city,” he said.

Bud is still very involved with the Manual community, with his granddaughter just graduating from Manual last year.

The Male Manual football game will be this Friday at Male stadium at 7:30.