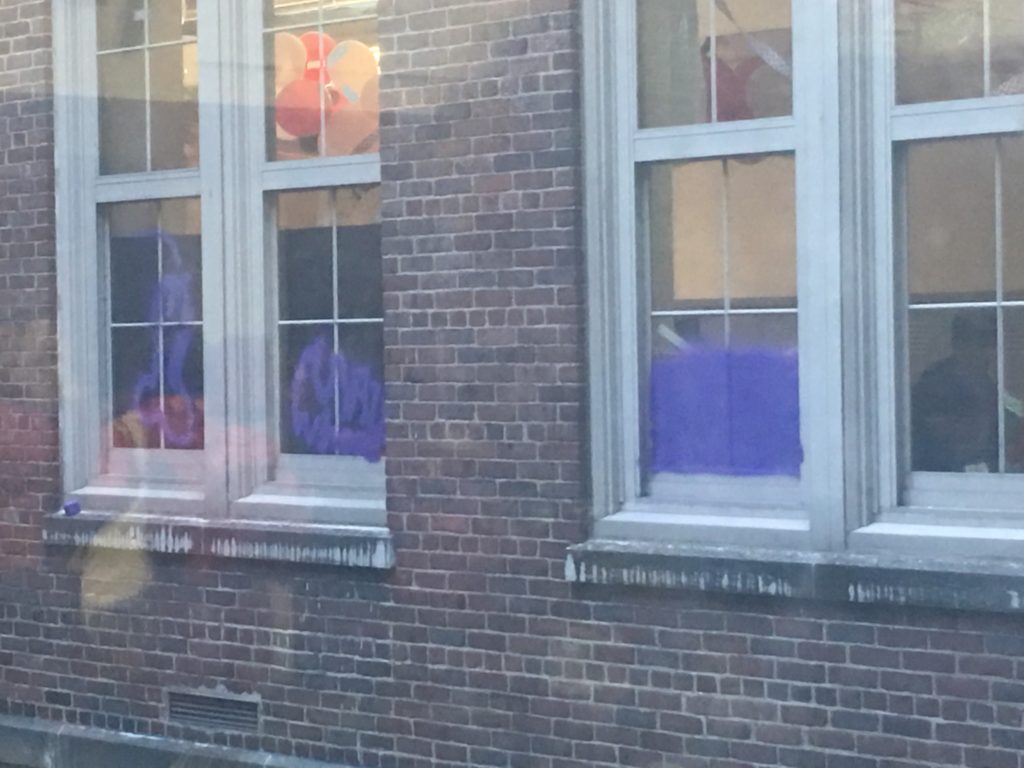 Bryan Thornton, the school’s maintenance technician, said that he discovered the vandalism around 6:30 this morning, “There were BW3 boxes scattered everywhere and a Male shirt hanging from the top of a flagpole with a purple bulldog sculpture at the bottom,” Thornton said.

The shirt and bulldog were removed along with the purple paint around 9 a.m.

The Buffalo Wild Wings boxes were related to series of tweets directed towards Ben Boutell, a senior at Manual, which led to a WAVE 3 story about cyberbullying.

“This morning, I went to check out the spray paint and was told about the B-Dubs boxes,” Boutell said. In response, he asked Buffalo Wild Wings to bring paper crowns to Manual’s student section.

Neither Mr. Mayes nor Male’s principal, Dr. Jury, were immediately available for comment, but Mr. Kuhn condemned the vandalism.

“I don’t like it when Male or Manual students take it too far. And for me, when you make other people have to do work, like the custodial crew, you’ve taken it too far,” Mr. Kuhn said.