This Week In Manual Athletics: October 24 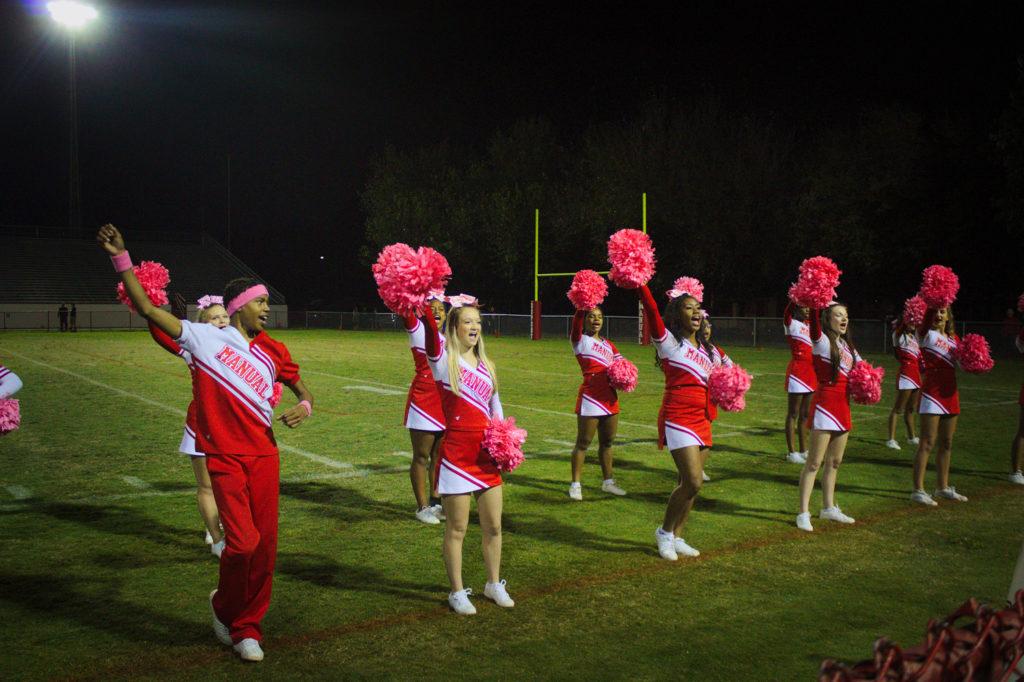 During the pink out game the cheerleaders sported pink pom-poms to show their support. Photo by Cicada Hoyt.

The Crimsons fell short to the Male Bulldogs last week in heart breaker by a score of 27-14. Jaelin Carter (11,12) and Andre Teague (6,12) both scored for Manual. This week the Crimsons will finish up their regular season against Eastern on Oct. 28 at 7:30 at Manual Stadium. The game is the final home game of the season as well as senior night. The JV team will play at Eastern on Oct. 24 at 5:30. Manual’s first round playoff match up is set against Henderson County on Nov. 4.

The Lady Crimsons opened their state tournament run over the weekend with a 3-0 win over Mercy Academy. The Crimsons will advance to  play Christian Academy in the KHSAA State Semifinals on Oct. 24 at Bellarmine University. The winner of that game will move on to the State Championship game on Oct. 26 at Bellarmine University. Last year Manual made it all the way to the championship game before falling to top-ranked Sacred Heart.

The Volleyball team went 1-1 in district play last week (a win against Portland Christian and a loss to Presentation) to come in second place and advance to the regional tournament. The team now plays Assumption at Assumption on Oct. 24 at 6. The winner of that game will take on the winner of the Christian Academy vs. Atherton game for a spot in the KHSAA state tournament.