Speakers share stories of their connection to the Holocaust 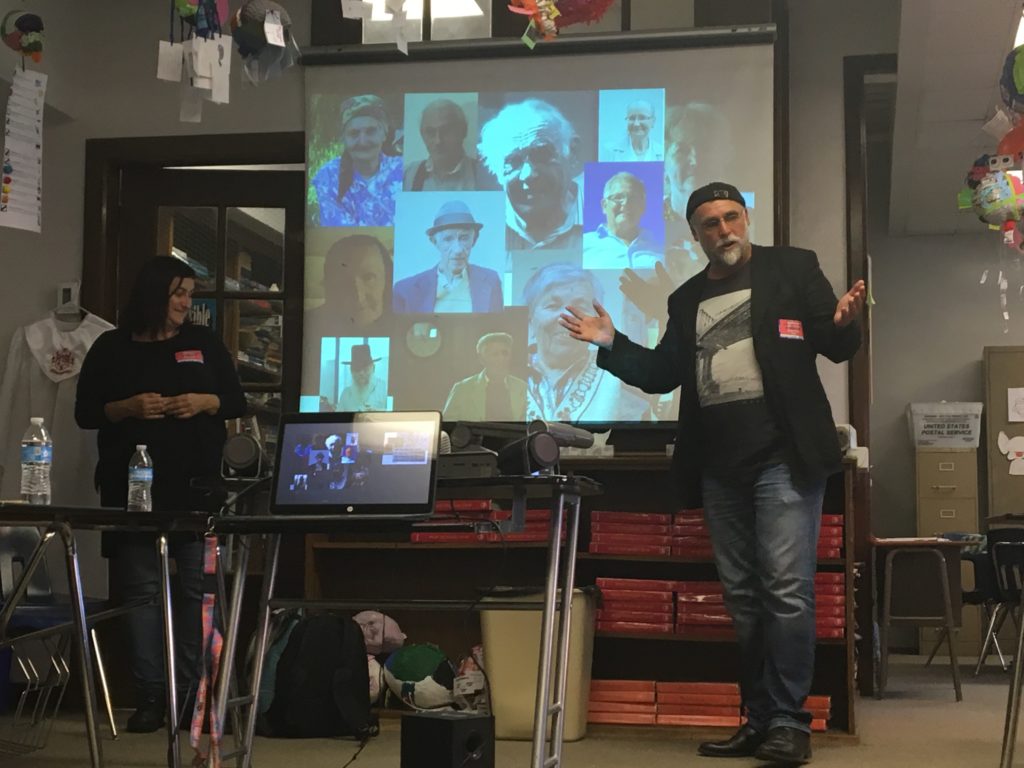 On Monday, Oct. 22, students congregated to watch Gabi and Uwe von Seltmann speak about their connections to people involved in the Holocaust: Gabi’s grandfather perished in Auschwitz, and Uwe’s grandfather was a high-ranking member of the SS, a huge paramilitary organization under the control of Hitler and the Nazis.

The von Seltmanns came as an extension of Mrs. Kederis’s Holocaust class, but their lecture was open to any student to attend. Throughout the hour-long presentation, the von Seltmanns focused on themes of love, forgiveness and acceptance.

“They opened my eyes to see that our families’ pasts don’t define us, but that we shouldn’t ignore what they are,” said Samantha Riddle (12, HSU), “If Uwe had never been interested as to who his grandfather was, he would never have met the love of his life.”

The pair provided a deeper understanding and more personal perspective on not only Europe during the Holocaust, but the ways in which people are still affected by it to this day.

“It’s hard to visualize the events of the Holocaust really happening because an atrocity of that scale is just so extreme and incomprehensible, but hearing about real people and families affected by it puts faces to a concept,” said Rowan Little (12, J&C). “I was very intrigued when Gabi mentioned she suffered post traumatic stress from the murder of her grandfather, because it illustrates some of the immediate effects of the Holocaust that haven’t gone away yet for a lot of people,” they said.

Hearing from people who were close to a historical event or have personal stories about it can be extremely beneficial to people who want to have a more in-depth learning experience. These people can impart not only information, but emotion as well, which makes for a deeper understanding of the subject.

“Hearing from people with first hand experience or knowledge on a topic is important because it allows us to get a ‘feeling,’ a tone, a unique perspective that we would not have otherwise gained. We are able to interact, ask questions, and shake the hands of people who are very close to the topic,” said Shannon Kederis (Social Studies).

“I realized the cliché phrase, ‘Make love, not war’ is very true. Their story of the grandson of an SS member marrying the granddaughter of a Jewish man killed by Nazis is so inspiring. It shows we can truly see beyond our pasts and create a better future,” said Taylor Anderson (12, J&C).