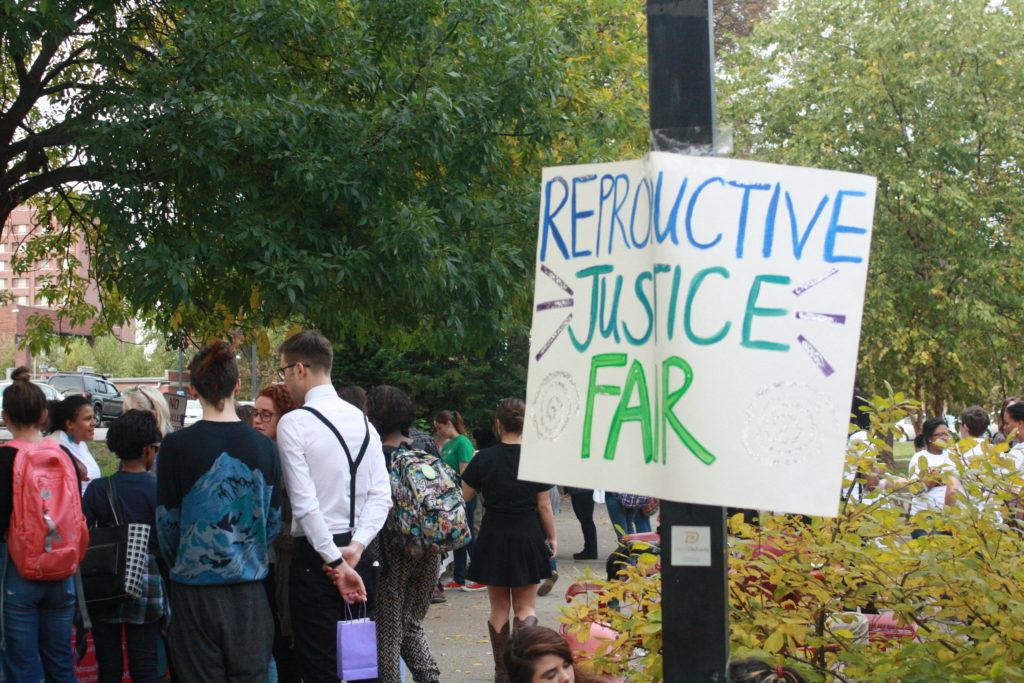 Bomberger, co-founder of The Radiance Foundation, a pro-life advocacy group, spoke against abortion within the African American community.

Madeline McCubbins, the president of Students for Reproductive Freedom, said the theme of the fair was that “we should trust black women with their bodies.”

“We are just here to ensure that everyone has access to information so they can make choices on their own, specifically black women because black women are being targeted by pro-lifers with racist rhetoric,” McCubbins said.

A Woman’s Choice (AWC) On Campus aims to help students continue their pregnancies and their education, providing referrals to A Woman’s Choice Resource Center and free pregnancy tests.

Miranda Hale, president of AWC On Campus, said, “I’m just hoping to show the campus community that we do care about students. We care about pregnant students.”

Bomberger said discussing abortion during the event was “a great opportunity for all to engage in the human rights issue of our day.”

“We are created to give birth, and when you stop that process it psychologically does something to your mind. Then you wonder, ‘Am I forgiven by god?’ and ‘Why did I do that?’” said Sherri Churchill, a post-abortive crisis counselor for A Woman’s Choice.

Amber Duke, communications director for ACLU of Kentucky, said “There is a lot of misinformation about abortion in black communities and shaming black women for making certain reproductive choices.”

Duke was at the fair representing the ACLU of Kentucky’s Reproductive Freedom Project. ACLU of Kentucky works in the Kentucky legislature to turn back any attempt to limit abortion access in Kentucky.

ACLU gave information on human rights and gathered emails at their table to send alerts about current reproductive justice issues.