This Week In Manual Athletics: October 31 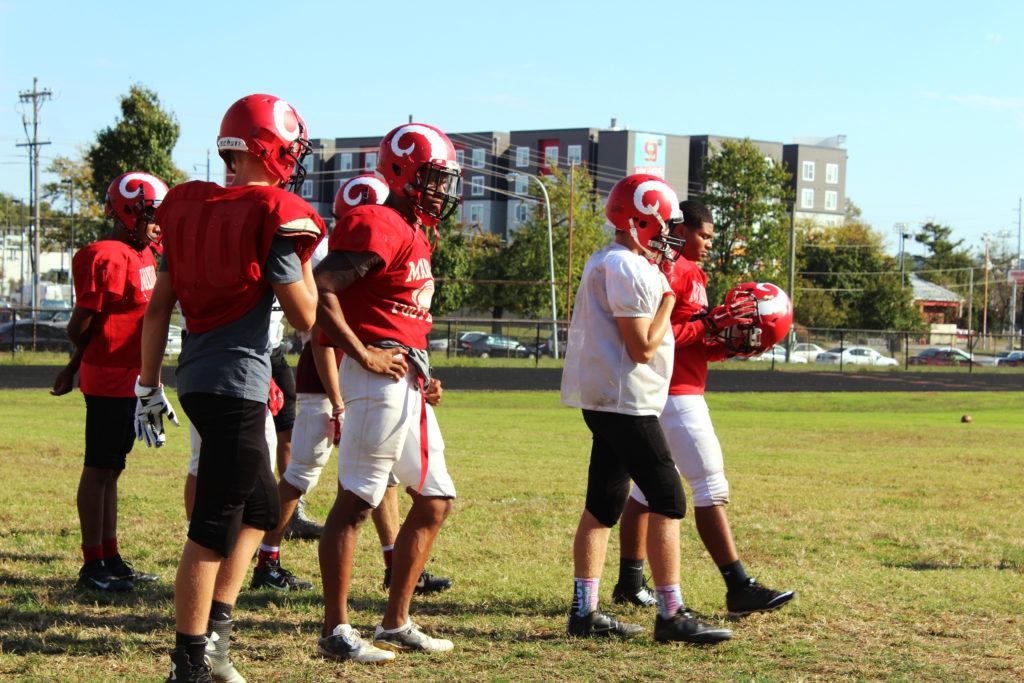 During practice Carter gets ready to line up for a drill. Photo by Olivia Evans.

Last week the Crimsons defeated Eastern High School by a score of 34-13. Manual jumped out to an early 21-0 lead before giving up a touchdown right before halftime, making the score 21-7. The Crimsons then scored two more touchdowns within the first six minutes of the second half and never looked back. This week Manual will travel to Henderson County on Nov. 4 at 7:30 for the first round of the KHSAA Class 6A playoffs. If the Crimsons beat Henderson County (3-7 record) they will play either St. Xavier or Muhlenberg County. Last year the Crimsons won their first round matchup against Ballard High School but lost in the second round to Male.

The Cross Country teams both had strong showings at the Regional Championships. The Girls’ team came in first place and the Boys’ team finished second. The teams now await this weekend for the KHSAA State Championship meet. The meet will take place on Nov. 5 at the Kentucky Horse Park in Lexington.