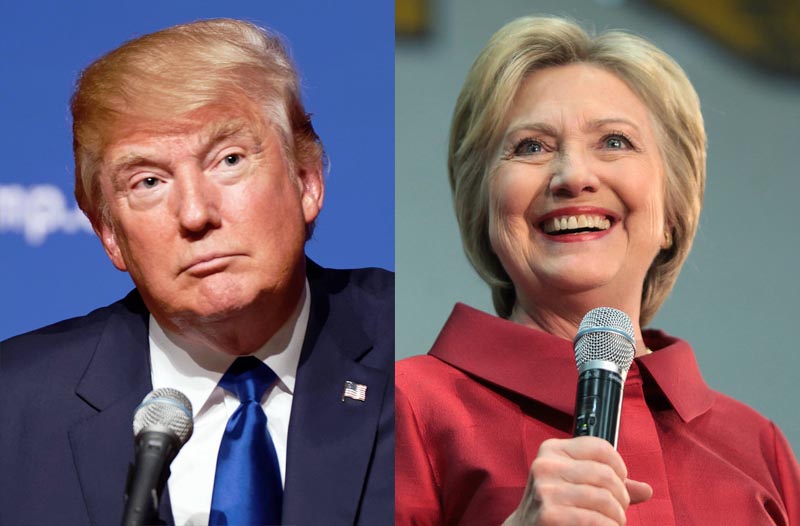 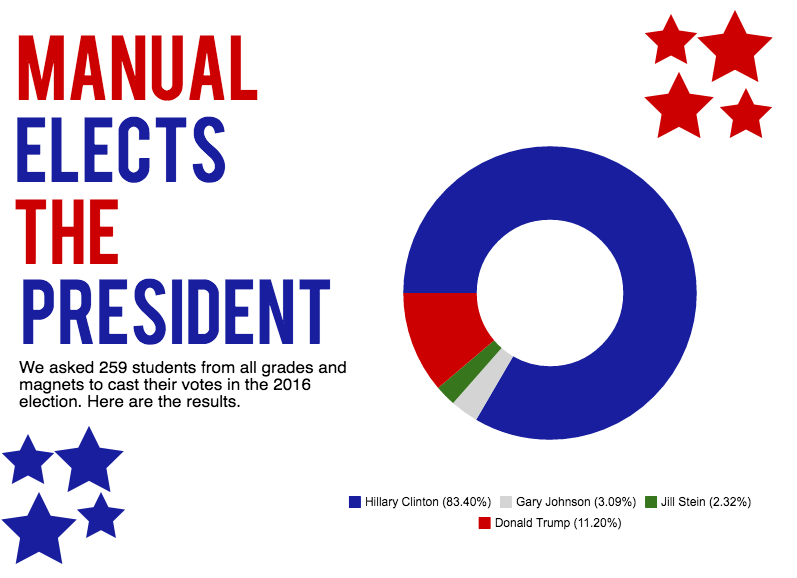 Eighty-three percent of Manual students would vote for Hillary Clinton and 11% would vote for Trump if they could, according to a RedEye poll taken during third block on Friday.

9th graders were the strongest backers of the Republican candidate, with 22% of freshmen saying they would vote for Trump if they could, while 72% of 9th graders supported Clinton.

Sophomores and juniors were overwhelmingly in favor of Clinton, with roughly 89% of both classes supporting the Democratic candidate. 83% of seniors backed Clinton and 8% backed Trump.

Examining the poll data by magnet provided similar results. The vast majority of all magnets supported Clinton at 85% or greater levels. J&C and HSU were the magnets most likely to support Trump at levels of roughly 14% each.

However, not all votes were for Clinton or Trump. Six people voted for Jill Stein, nine voted for Gary Johnson, and one voted for Vermin Supreme.