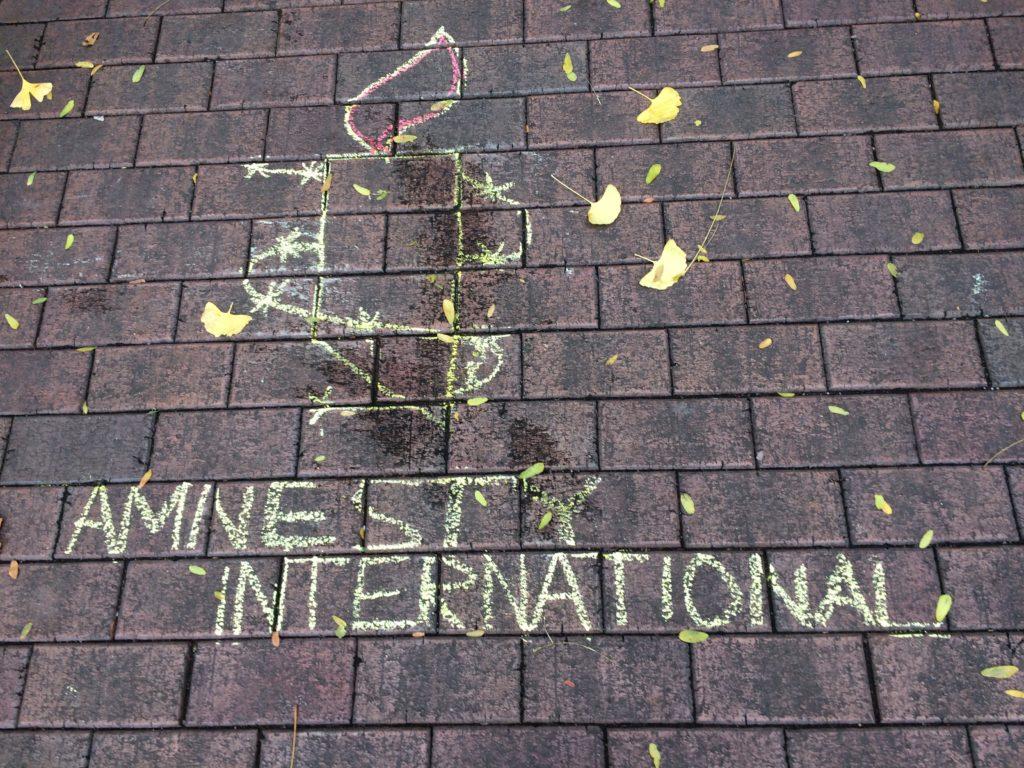 A chalk rendition of Amnesty International's logo, a burning candle, in the Courtyard. Photo by Maya Joshi.

On Wednesday, November 30 members of the Manual chapter of Amnesty International used chalk to write phrases of consent and empowerment in the courtyard in order to raise awareness of women’s sexual and reproductive health and healthcare. This is the subject of Amnesty USA’s national campaign “My Body, My Rights.”

“We’re just decorating [the courtyard] with phrases that remind people to be a good person when it comes to these topics, as well as female empowerment,” Rippy said.

Using chalk on the courtyard was the third installment in a series of actions the group has taken for the campaign. They had previously put up posters that had information about the Universal Declaration of Human Rights around Manual, as well as putting up some posters in the women’s bathrooms asking what the campaign meant to individual people.

“Overwhelmingly the response to that was very positive, we got a lot of great feedback,” Rippy said.

The group also put up notes in the men’s bathrooms about women’s rights, sexual and reproductive health and the importance of consent. “Women’s rights also matter a lot and should matter a lot to men, it’s not just a women’s issue,” Rippy said.

This was the second time they had written the colorful messages. The first attempt, which had been approved by the administration, had been accidentally washed off.

“It was really frustrating at the time because we didn’t understand what had gone on, but once we discussed it with them we understood that it was a miscommunication,” said Rippy.

The next installment in the campaign is a clothes drive benefitting The Center for Women and Families, which will go on for two weeks through finals until winter break.