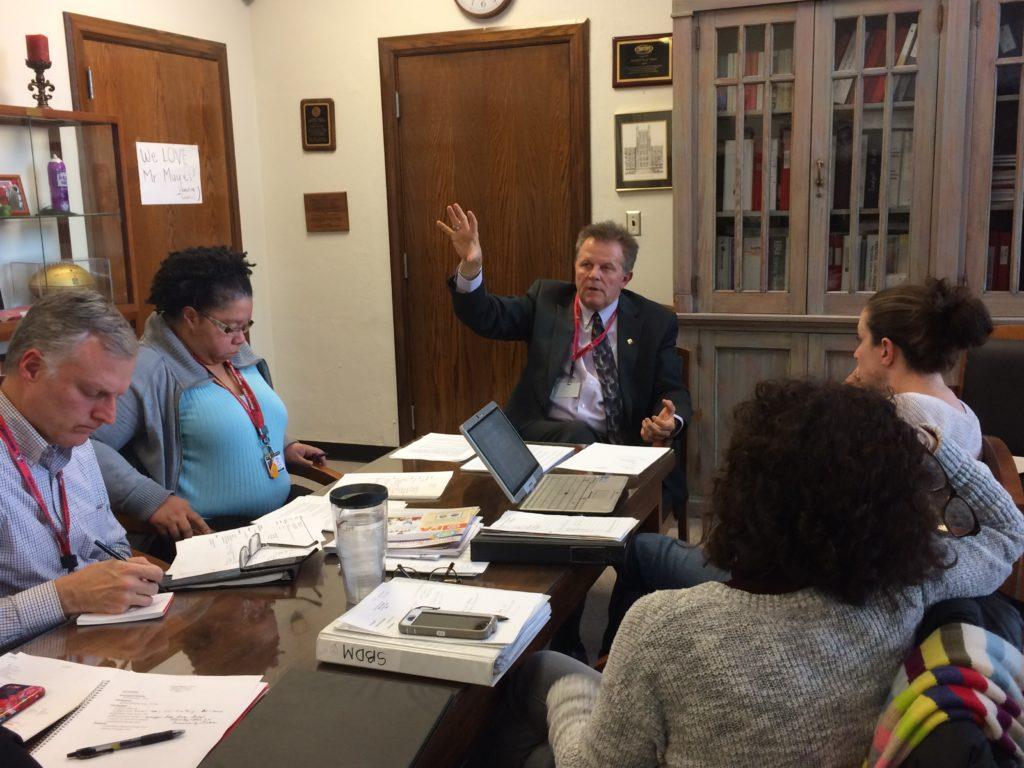 Mr. Mayes along with the members of the SBDM make the final decision to cancel the proposed 'power-hour.' Photo by Savanna Vest.

At the SBDM meeting on Dec. 7, Principal Mayes cancelled the proposed “Power Hour” that was scheduled to trial after winter break. His main reason was the loss of class time for AP classes, which run on a strict schedule.

The Power Hour would allow students to have an hour-long block where they could eat lunch, talk to teachers, study for tests or just have some downtime.

Mayes said that he understood the way students feel and the stress levels that being a Manual student brings.

He also agreed with the need for the Power Hour and said that he will “keep the idea on the back-burner.”

Many students were looking forward to the possibilities of Power Hour, especially opportunities to finish homework and get extra help on assignments. One big thing that was pressing for students was the extra time to relax.

“Lunch is one of the only times during the day where I can actually sit down and take a breath,” Maddie Goldstein (10, HSU) said.

“I was really upset when I found out that time wouldn’t be extended,” she said.

“It was super upsetting to hear that it was cancelled,” Aubrey Shadle (11, YPAS) said. “As a student without a study skills, it really would have worked to my advantage.”

Mayes also mentioned that the time spent on a daily Power Hour would eventually add up to about 12 school days, which would put AP classes too far behind schedule for the exams.