POINT: One cannot be anti-abortion and a feminist 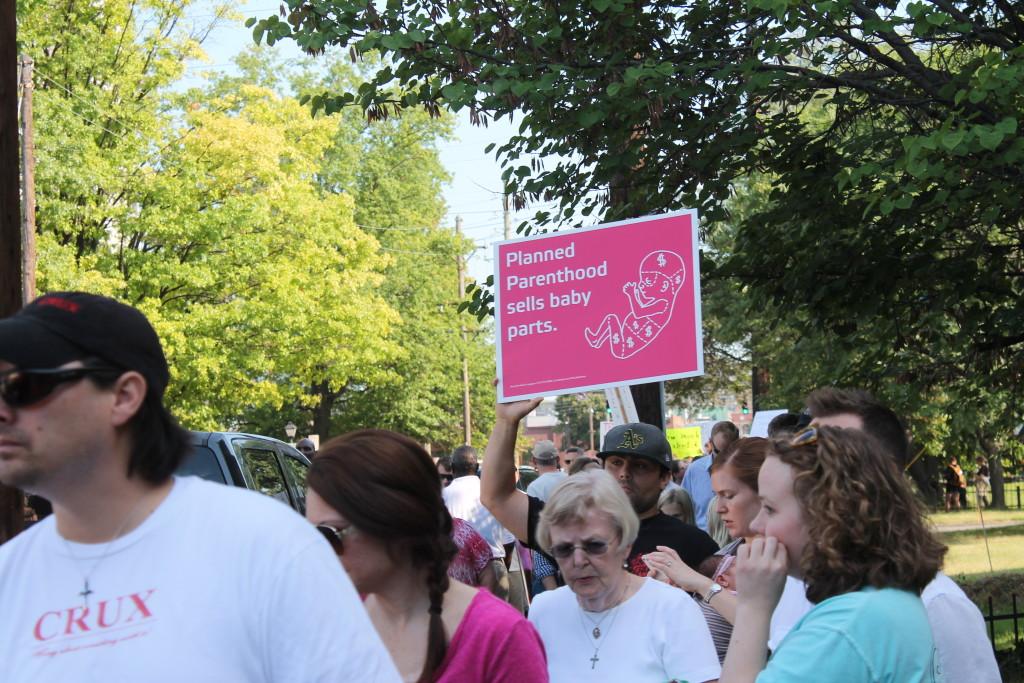 In response to the Women’s March on Washington, taking place on Jan. 21, some women are feeling excluded from the march for being pro-life. However, the Women’s March organizers have done the right thing by purposefully leaving out this group of people. The simple reason for this is that they are not feminists. No matter what they would like to call themselves, anyone who actively works to take away a woman’s right to her own body is not a feminist.

There is no room at a women’s rights march for people who oppose women’s rights. A woman’s right to have a safe abortion is one of the most important liberties that women have earned in the history of our country, and it is also one that certain groups work to take away. There is a myriad of reasons as to why women would choose to end a pregnancy such as a lack of financial resources, a medical emergency or rape, to name a few. Women who oppose these rights are working to make it unsafe or unnecessarily difficult for other women to end a pregnancy.

In fact, the Women’s March’s website itself says that the activists are in favor of “open access to safe, legal, affordable abortion and birth control for all people, regardless of income, location or education”. How can a group of people claim to feel left out if this was clearly stated in the section of their site labeled “principles”? If they had read it, they would know that this group does not support the same things they do.

Furthermore, if these anti-abortion activists decide to attend the Women’s March on Washington, they will be pushing their own agenda instead of complying with the platform explicitly stated by the organization. They will not be marching in solidarity with the other women there, they will be marching while in opposition to the right to bodily autonomy that women won in 1973. In addition to this, many anti-abortion activists make it their aim to shame, ostracize and ridicule women who choose to make the extremely difficult decision to end a pregnancy.

Some people may argue that feminists should include these women because they believe in women’s rights, but this is blatantly false. If you are an advocate for a group, you must advocate for that group. You don’t get to pick and choose which personal liberties you think they should be afforded. The same thing applies to other activist groups. You can’t say you are an LGBTQ ally/activist and believe that people in that community shouldn’t serve in the military. You can’t be an activist for minority rights and oppose criminal justice reform. Holding these beliefs would immediately exclude you from that group because you are discriminating against a group you claim to be advocating for.