OPINION: Standing for the Pledge of Allegiance is a choice 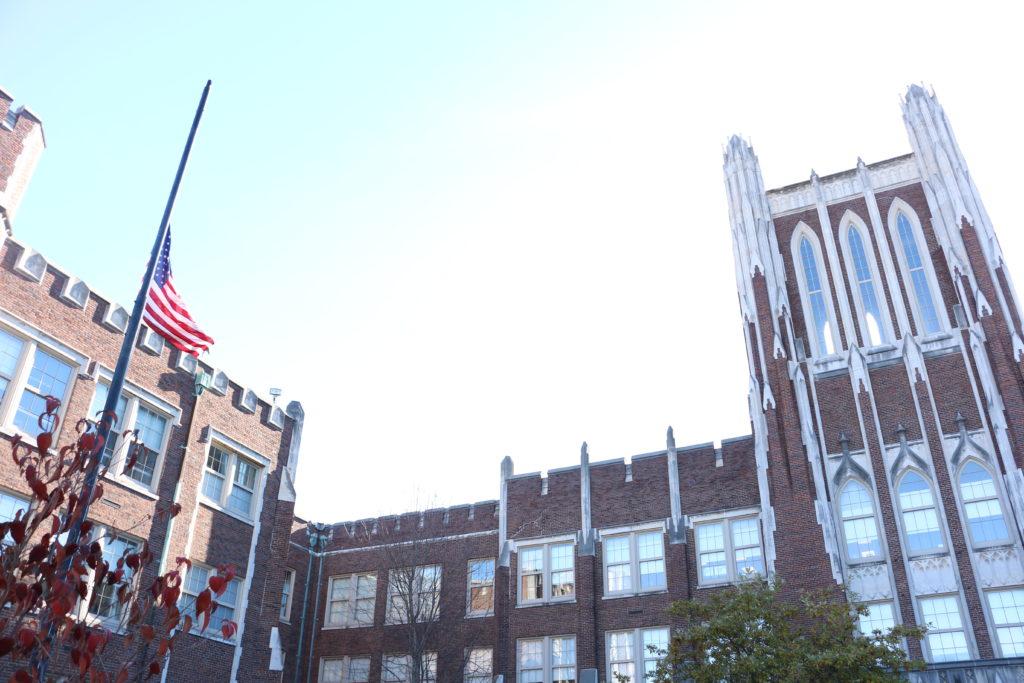 Every morning, Mr. Mayes comes over the intercom and asks the school to stand for the Pledge of Allegiance. The responses to this request vary greatly. Some people stay in their seats, arms crossed in defiance. Some stand out of a feeling of obligation, silently looking around to their friends for validation. Some simply ignore, or don’t notice the standing students, mumbling the words that they say every morning, like clockwork. And then there are some that stand tall, hands over their hearts, proudly reciting the patriotic mantra.

However, the Pledge of Allegiance has sparked a fair deal of controversy in modern times. Critics of the Pledge often take issue with the term “under God,” or argue that “liberty and justice for all” is an untrue claim. With the current political climate, critics have also refused to stand as a form of protest, or a symbol of their disapproval of President Trump and his policies.

Proponents of the Pledge, on the other hand, will often say that refusing to say the Pledge is disrespectful to the people who died to ensure American freedoms. I have been in classrooms where teachers require their students to at least stand for the Pledge of Allegiance, as a sign of respect.

Personally, I stand up every morning and proudly recite the Pledge of Allegiance, hand over my heart. I am a proud American, and consider my reciting of the Pledge as a symbol of my respect for the nation that I call home. To me, pledging allegiance is simply stating that I do not intend to betray my country, and the ideas of liberty and justice that the Pledge promotes far outdate Donald Trump’s presidency. I believe that claiming liberty and justice is not stating that America is perfect, but rather, that America is constantly trying to evolve to offer these things to all its people. But of all the reasons that I recite the Pledge of Allegiance, the strongest is the fact that I do not have to.

The First Amendment of the United States Constitution ensures that every American citizen’s freedom of speech is protected. With freedom of speech comes the freedom to not speak. In the Supreme Court case West Virginia State Board of Education v. Barnette, it is made explicitly clear that students cannot be legally compelled to say the Pledge. Therefore, if someone does not want to stand for or recite the Pledge of Allegiance, they have every right to sit down and remain silent. If someone takes issue with the term “under God,” they have the right to alter it to fit their own religious preferences, or simply to omit it. In the United States, the right to refuse to say, alter, criticize and even mock the Pledge of Allegiance, as well as anything else, is protected.

This is the main reason that I stand proudly every morning. As I recite the words that I memorized years ago, I can look around and see people sitting, refusing to speak them. The fact that they can do that is because of the freedoms ensured by the very nation that I stand in honor of. It makes me even prouder.

So when Mr. Mayes comes over the intercom in the morning, exercise your rights however you choose. Be loud and proud or sit in defiance: the choice is up to you. Whatever you choose, you’ll be no less of an American. Both actions are as patriotic as the flag itself.