Things to do in Louisville: Halloween 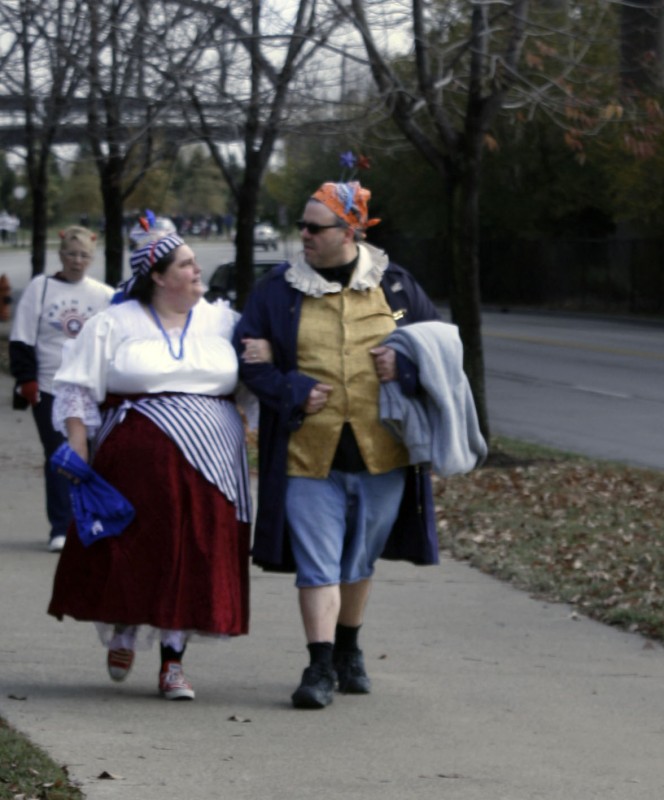 One couple decides to flaunt their Halloween spirit and dress up as pirates.

During the week of October 31, there will be numerous events around Louisville to celebrate Halloween, including haunted houses, trick-or-treating, concerts and more. Here is a list of things to do Tuesday.
Jack O’ Lantern Spectacular:
The annual Jack O’Lantern Spectacular, which will continue to be in Iroquois Park until November 5, features over 5,000 carved and illuminated pumpkins that light a 1,500-foot walking trail, many in themed scenes, along with live music.

The gates open at 7:15 p.m. On Sunday through Thursday, they close at 11 p.m., and on Fridays and Saturdays, they close at midnight.
Breakout Games Louisville
The Breakout Games include real-life adventures where players are placed in a scenario and have exactly one hour to break out of the room by solving numerous puzzles and riddles. There are two escape games that are especially suited for Halloween: Mystery Mansion and The Kidnapping.

In Mystery Mansion, team members work to discover the secrets of an abandoned old mansion that may have a mysterious entity living there.

In The Kidnapping, staff will handcuff and blindfold team members. The team then has 60 minutes to free themselves before the kidnapper returns.

Each game is $24.99 per person, but a promotional code on the website gives the purchaser a 10 percent discount at checkout until Halloween.
Hillcrest Avenue
Hillcrest residents decorate their homes with grand displays every October. Because of this, thousands of children trick-or-treat here each Halloween, and thousands more go to the street throughout the month of October just too see Hillcrest Avenue’s Halloween decorations.
Baxter Avenue Morgue
Baxter Avenue Morgue is a haunted house that is open on Halloween night, featuring a cast of characters including the Vanderdark family and haunted spirits who have been imprisoned by the Baxter Morgue haunted house. Tickets are $20.

It is open from 8 p.m. to 11 p.m October 29 through October 31.
University Symphony Orchestra Halloween Spooktacular
The University Symphony Orchestra will host the popular Halloween Spooktacular concert on October 31. The concert, which Kimcherie Lloyd will direct, will include a variety of orchestral literature from standard repertoire to music from the 21st century. Admission is free.

The concert will be at Comstock Concert Hall at the University of Louisville’s School of Music and will start at 8 p.m.