OPINION: The abortion issue and how to talk about it 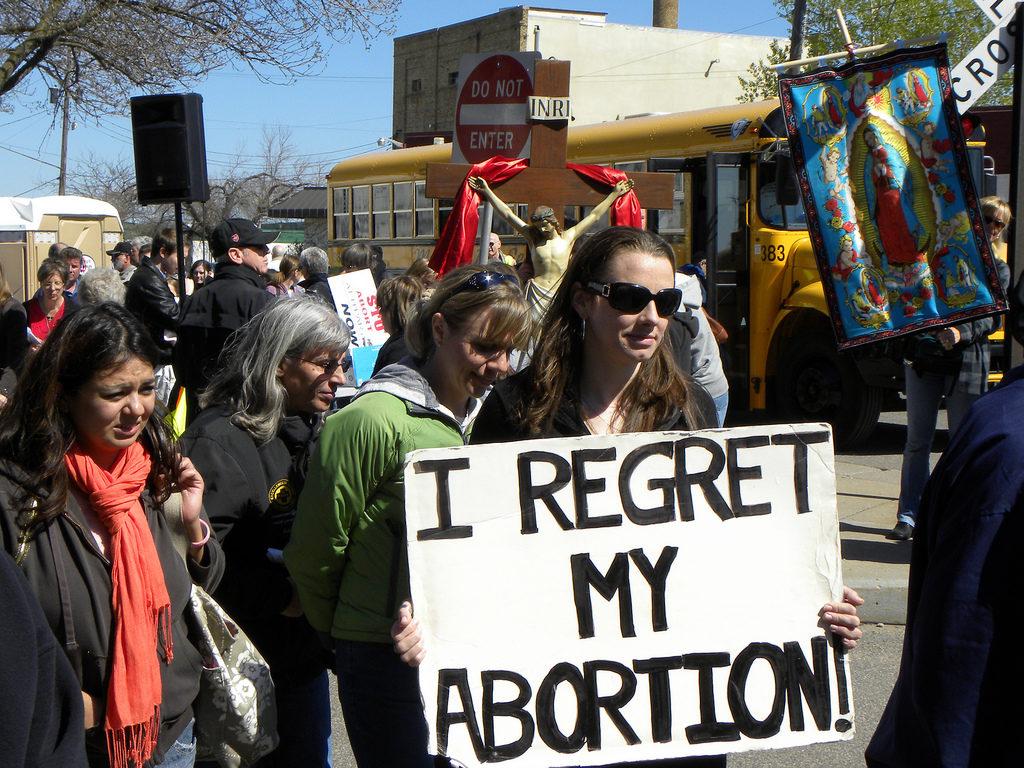 I love a good debate. A strong argument, when reasonable and respectful, can be thought-provoking, interesting and fun. Unfortunately, when talking about particularly heated subjects, it can be difficult to debate in a calm and productive way. All too often, potentially thoughtful discussions become verbal battlefields of insults and negativity. Possibly the most treacherous of these touchy topics is the issue of abortion.
Why abortion is such a tough issue
The abortion discussion is one of the most polarizing in American politics. Powerful, nation-wide organizations exist to both fight and support abortion, like March for Life and Pro-Choice America. These organizations each have thousands of supporters and a lot of political power. Why is this issue so prevalent and divisive in American politics?

The reason is deceptively simple; when it comes to abortion, both sides of the argument believe that they are in the undeniable right. With most social issues, it’s possible to understand the opposite viewpoint, even when you disagree with it. With the peculiar circumstance of abortion, however, it becomes far more difficult to sympathize with the opposing viewpoint. For pro-life advocates, abortion equates to murder. They see it as the ending of an innocent life in its most vulnerable state. For pro-choice advocates, abortion is a woman’s right and choice and should not be limited by governmental intervention. They do not see the fetus as a human life and believe that access to abortion is important for women’s health.

Both of these standpoints come from a position of morality. To many people involved in this discussion, it’s not just about what’s correct; it’s a battle between good and evil. Pro-Choice America claims that “when the right to abortion is endangered, the fundamental equality of women is threatened,” while March for Life calls abortion “the greatest human rights violation of our time.”

When both sides of an argument believe that the other is attacking such fundamental necessities, it can make people feel as if it’s a battle that cannot be lost. This makes them less likely to listen to each other, and even less likely to actually consider their opponent’s views.
Discussing abortion
The circumstances surrounding the issue of abortion can make it an intimidating topic to discuss. If the participants of these discussions are not careful, they can quickly get out of hand, potentially leading to intense anger and even ruined friendships. This danger is precisely why it’s so important to discuss abortion: if people are too afraid to debate the issue of abortion, how can we, as Americans, ever move past it?

Therefore, it’s very important that people are able to discuss this issue civilly and respectfully. There are a few good rules of thumb that you can use, regardless of your stance, to make sure that your discussions about abortion stay calm and don’t lead to anger. You can apply many of these tips to arguments other than abortion as well.
How to bring it up
While it’s fine to want to debate abortion with someone, it’s important that you aren’t too confrontational when you bring up the topic. Abortion is already a touchy issue, and starting a debate by asking something like, “How could you possibly be Pro-choice?” won’t exactly help keep the discussion civil. Instead, be respectful and ask the other person if they would like to talk about the issue. Ask something like, “I’m curious about your stance on abortion. Would you like to discuss it with me?” Statements like this are less likely to put someone on guard, and more likely to lead to thoughtful discussion. Also, if they say they’d rather not talk about it, don’t push the issue. Making someone debate something they don’t want to is an almost surefire way to make them upset.
Use “I” messages
“I” messages are statements that take the blame away from someone else by instead focusing on how the speaker feels about a situation. They’re often used to help facilitate communication in strained relationships, but are also very helpful when it comes to keeping a debate respectful. For example, instead of saying, “Don’t you know how important it is that women have access to abortion?” try instead saying, “I feel like it’s important that women have access to abortion.” The first statement implies that the listener is wrong or uneducated, while the second statement is an explanation of the speaker’s feelings. “I” messages are a good way to keep a discussion calm and avoid making other people feel attacked.
Stay calm
Remember that when you discuss abortion your problems are based on the issue, not the person. The other person simply has a different viewpoint than you, and it’s pointless to get angry with them over their beliefs. Try to avoid feeling attacked by what they say and make an effort not to raise your voice. Staying calm is sometimes difficult, but if you can avoid escalating the debate, you’re more likely to have a thoughtful and worthwhile discussion.
Know when to back out
If you feel yourself getting upset or notice that your opponent is becoming emotional, it’s time to end the debate. There’s no point in stubbornly continuing to argue once people become heated because when people are angry, they listen to each other less and less. This kills communication, leads to frustration and ultimately can make a civil discussion become an angry fight. It’s important to recognize when things are getting a little too intense and to be able to end or postpone the discussion so that both parties can calm down.

By implementing these strategies, you can spark thoughtful, productive, and respectful discussion about one of the nation’s most heated topics.