OPINION: Hail to the Chief no more 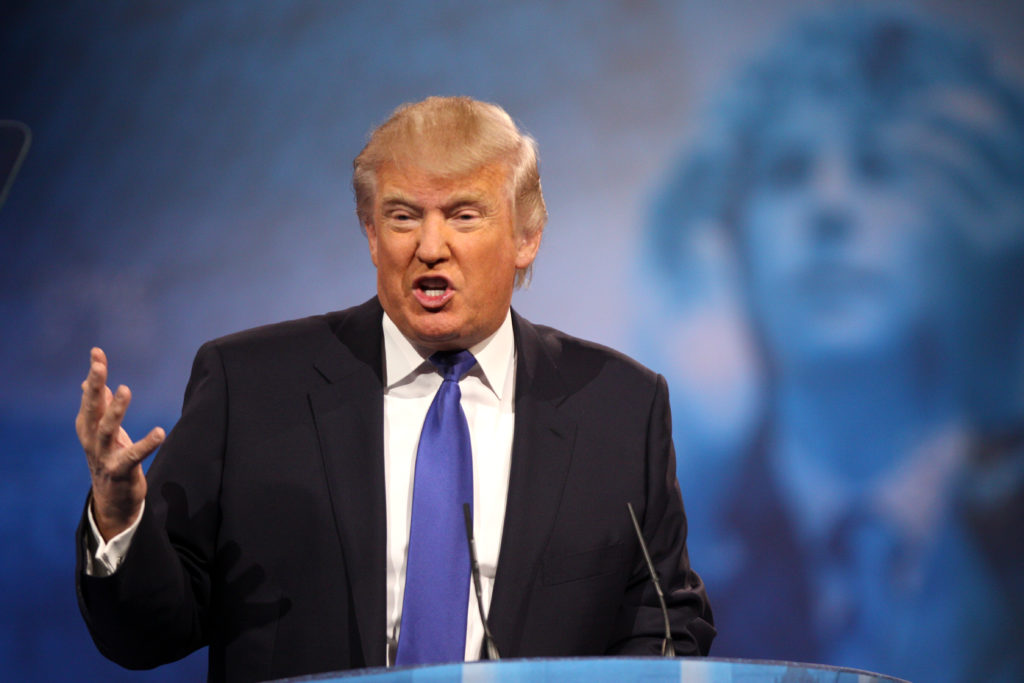 An entire year after the inauguration of President Donald Trump, it feels necessary to reflect on his term thus far and take another look at means of impeachment.

Trump has been successful in communicating his ideas through Twitter, keeping jobs and unemployment at a stable rate, repealing ObamaCare and staying true to his beliefs on immigration, global warming, modern day journalism and foreign policy. However, he has extremely low ratings from the American people and members of the GOP, he has spent more than a third of his term at his own properties and he has been involved in several unsolved cases involving foreign intelligence.

Looking at this kind of corruption and unpresidential behavior exhibited by the head of our state, it has become even more unacceptable that no one seems to be doing anything about the situation after 365 days.
Laws of impeachment
The impeachment process first began when the Founding Fathers wanted to create an accountability system within the three branches of federal government. While some opposed due to the differences of power, it was later reassured that impeachment was the initial step in removing a corrupt official.

The Constitution states that, “before [the President] enter the execution of his office, he shall take the following oath or affirmation: — ‘I do solemnly swear (or affirm) that I will faithfully execute the office of President of the United States, and will to the best of my ability, preserve, protect and defend the Constitution of the United States.’” The Article also states that, “the President, Vice President and all civil officers of the United States, shall be removed from office on impeachment for, and conviction of, treason, bribery, or other high crimes and misdemeanors.”
Means of impeachment
Obstruction of justice, conflicts of interest, demeaning the presidency and betraying the trust of Americans have all been reasons of previous failed articles of impeachment against Trump. The Impeach Trump Now campaign led by the national non-partisan non-profit organization Free Speech for People has called upon Congress to open an investigation to determine the grounds of impeachment. The grounds include:

Obstruction of justice.
Violations of both the domestic and foreign Emoluments Clause.
Conspiring with others to commit crimes involving solicitation and concealing these violations.
Advocating illegal violence and undermining equal protection under the law.
Abusing the pardon power.
Heightening foreign hostility involving weapons of mass destruction.
Compromising the constitutional right to due process.

Obstruction of justice “may consist of any attempt to hinder the discovery, apprehension, conviction or punishment of anyone who has committed a crime.” Recently, it has been difficult to truly understand the interference of foreign intelligence in the 2016 election. The Trump Administration’s response to allegations has only made the American population more suspicious of corruption. While there is no law that specifically outlines that foreign electoral intervention is illegal or a felony, executive privilege is still an implied presidential power that allows presidents to disguise their wrongdoing as privacy.

As discussed in the first impeachment editorial, the Nobility Clause states that, “no person holding any office of profit or trust under them, shall, without the consent of the Congress, accept of any present, emolument, office, or title of any kind whatever, from any king, prince, or foreign state.” Not only does his affiliation with his own corporations violate the domestic Emoluments Clause, there is an obvious conflict of interest. By still managing his hotels, golf courses and other office buildings, there becomes a gray area when it comes to who Trump allows to be his business partners. It is hard to distinguish whether these allies will benefit the country or his private business.

The first impeachment in American history followed President Andrew Johnson’s removal of Secretary of War, Edwin Stanton, in 1868. Just a year before, the Tenure of Office Act was passed that restricted the president from removing office holders in the Senate. While Johnson did commit a crime, one could reflect this removal with that of James Comey. Seventh director of the Federal Bureau of Investigations, James Comey, never held a seat in the Senate but his removal reflects an obvious fear of exploitation on Trump’s side.

Foreign intelligence intervention is not the only foreign relation that has been weirdly skewed under President Trump. Since his inauguration, Trump’s relationship with North Korea has become hostile. From name calling in interviews and on Twitter, Donald Trump feels the need to prove that the United States is just as equipped for destruction as North Korea and Kim Jong Un. While internet access is heavily monitored in North Korea, the threats and gloating about nuclear warfare has put many on edge.

North Korean Leader Kim Jong Un just stated that the “Nuclear Button is on his desk at all times.” Will someone from his depleted and food starved regime please inform him that I too have a Nuclear Button, but it is a much bigger & more powerful one than his, and my Button works!

— Donald J. Trump (@realDonaldTrump) January 3, 2018
Why it still hasn’t happened yet
Impeachment seems like an easy answer to the problems America is facing in the global sphere. Removing Donald Trump would essentially restore the position and take the office back to its prestigious stature.

40% of Americans supported calls for impeachment at the end of 2017. While this statistic is significant, impeachment seems unreachable due to 239 of the 435 seats in the House and 51 of the 100 seats in the Senate, being filled by Republicans. The Republican majority prevents any serious passage and/or consideration of articles of impeachment. Due to the election based system of filling seats in both the House and Senate, it seems almost impossible that Republicans would vote to take a Republican out of office in fear of losing their job or the support of people in their home state.

What will happen if impeachment does go through
In the case of impeachment, Vice President Mike Pence will take Mr. Trump’s place. Click here to be redirected to a summary of his views and policies.
How you can help
A president in a true democracy should be representative of the country’s people, not someone to be ashamed of. It is the responsibility of the American people to contact their senators and other representatives, protest and spread the word. With enough popular support, it is possible to impeach Trump.

Remember these words of Elizabeth Cady Stanton in her Declaration of Sentiments given in 1848 to the Seneca Falls Convention going forward and when considering Mr. Trump’s removal; “we hold these truths to be self-evident: that all men and women are created equal; that they are endowed by their Creator with certain inalienable rights; that among these are life, liberty, and the pursuit of happiness […] whenever any form of Government becomes destructive of these ends, it is the right of those who suffer from it to refuse allegiance to it, and to insist upon the institution of a new government, laying its foundation on such principles, and organizing its powers in such form as to them shall seem most likely to effect their safety and happiness.”
Share your position
[qsm quiz=1] Featured image credit: “Donald Trump” by Gage Skidmore on Flickr is licensed under CC BY-SA 2.0. No changes have been made to the original image. Use of this photo does not indicate photographer endorsement of the article. License link: https://creativecommons.org/licenses/by-sa/2.0/legalcode.