Ridiculam: How to respond to the latest controversy 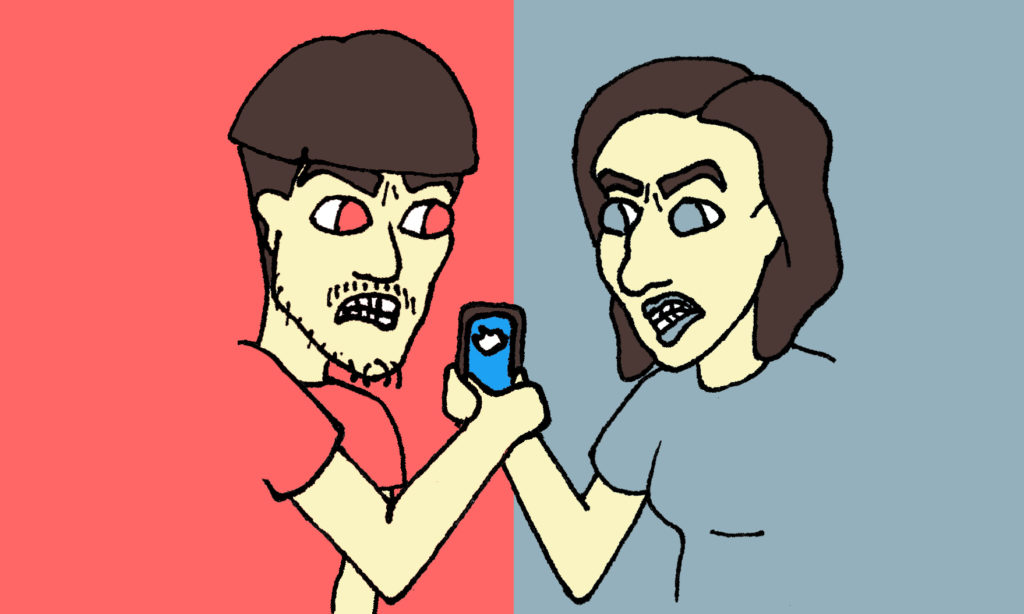 The opinion editors fight over Twitter. Photo by Phoebe Monsour.

In the world today, almost every major event seems to inevitably lead to controversy.

First, you need to make sure you’re informed. This can be difficult, as the liberal media/right-wing conspiracy nuts will be out in full force. It’s important to only get your news from the most trustworthy of sources, so stick to Fox News/The Huffington Post. Most other sources are fake news/fake news.

Before reading the article, you’re ready to share the wonderful new insight you got from the headline: “PROOF! GAY FROGS ARE REAL: ALEX JONES WAS RIGHT”/“Trump Drinks Water Like Small Child During Big Speech.” Post your shocked and furious response on Twitter so that everyone can see how informed and involved you are. Unfortunately, posting anything truthful on Twitter is bound to attract the attention of liberal snowflakes/Alt-Right trolls. The only way to convince these unsavory types of your intellectual superiority is by absolutely crushing them in an online argument. You can do this by ignoring all of their points, insulting their vastly inferior intelligence and calling them a libtard/Nazi.

In the unlikely event that you find yourself outsmarted by your opposition, the best course of action is to rally your red-pilled/woke friends on 4Chan/Tumblr. Working together, you can spam, harass and dox whoever dared challenge you. There’s no room for people like them in a world that promotes free speech/acceptance and unity.

Sometimes, a controversy is so prevalent that it calls for protest. The best course of action is to go out in mobs and scream profanities at the triggered SJWs/the fascists invading your safe space. Antifa/the alt-Right will undoubtedly be there to cause trouble. It’s best to bring torches and pitchforks, just to be safe. Remember, it’s not a successful protest unless the National Guard shows up.

Now you’re ready to respond to the latest controversy! Go out there and show the Democrats/Republicans that they’re on the wrong side of history.

This article is satire and is not meant to be taken seriously. If you don’t like what was said, Phoebe wrote it/Hunter wrote it.