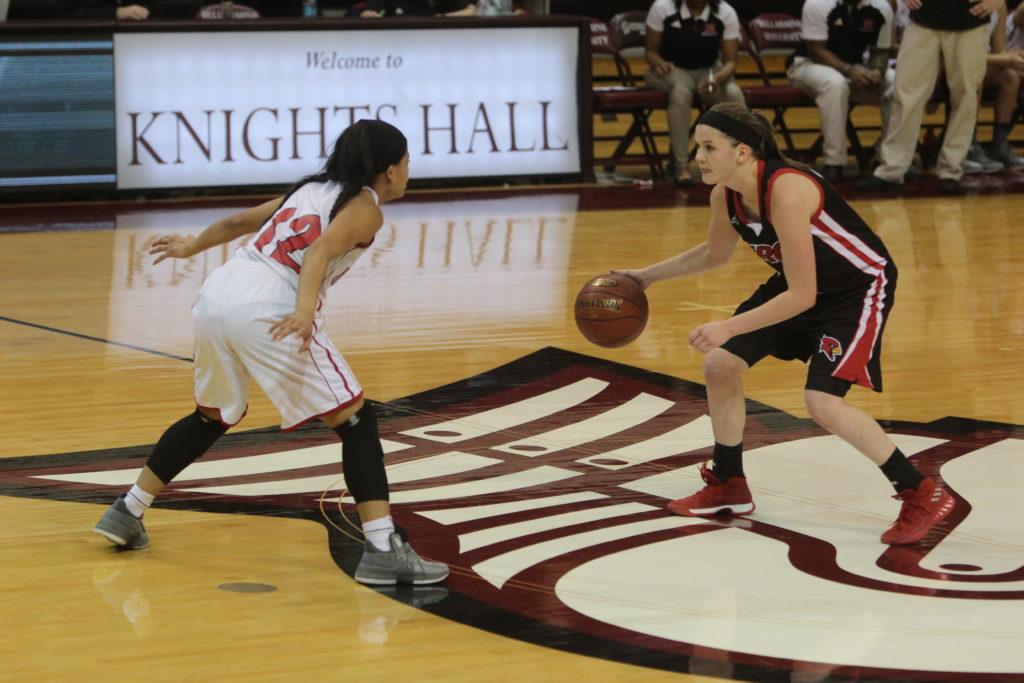 The Manual girls’ basketball team overcame a poor shooting night to beat the George Rogers Clark (Clark County) Cardinals in the third round of the LIT on Friday night by a score of 37-35.

Manual warms up ahead of the quarterfinal matchup against GRC (George Rogers Clark). Manual comes into the game ranked #12 in the state, GRC is #14. The game will begin in 10 minutes (5:25 p.m.). pic.twitter.com/c0upWxHESH

The Crimsons had no trouble producing shots, the problem was getting them to fall. Luckily for them, GRC had the same issue.

Both teams scored on their opening possessions, with a layup for GRC and two free throws from Nila Blackford (11, #41) for Manual. However, after that the offenses went cold for the rest of the quarter.

The first quarter came to an end with GRC leading Manual 7-6.

GRC’s production picked up the pace a little bit in the second quarter as the Cardinals scored 14 points in the period, an average amount. This was bad news for Manual as the Crimsons only managed seven points in the quarter, allowing GRC to take a 21-13 lead into halftime.

Manual came out in the third quarter looking like a brand new team. Sharpshooter Jaela Johnson (12, #3) made a pair of three pointers and Tyonne Howard (12, #12) knocked down two free throws to give the Crimson offense some life.

Aniah Griffin (12, #21) made a layup just before the third quarter ended to give the Crimsons a 24-23 lead, their first since early in the second quarter.

GRC jumped back out in front early in the fourth quarter and stayed there for most of the final period.

When the Crimson offense, which had struggled all game, needed a bucket to win the game, it turned to one of its veteran players.

Tyonne Howard drove the lane with 26 seconds left and made a floater to give Manual a 37-35 lead. GRC had multiple opportunities in the final 26 seconds to either tie the game or take the lead, but they couldn’t get a shot to fall.

With the win, Manual advances to the semifinal round of the LIT vs. Sacred Heart on Jan. 27 at 10 a.m. at Christian Academy of Louisville.