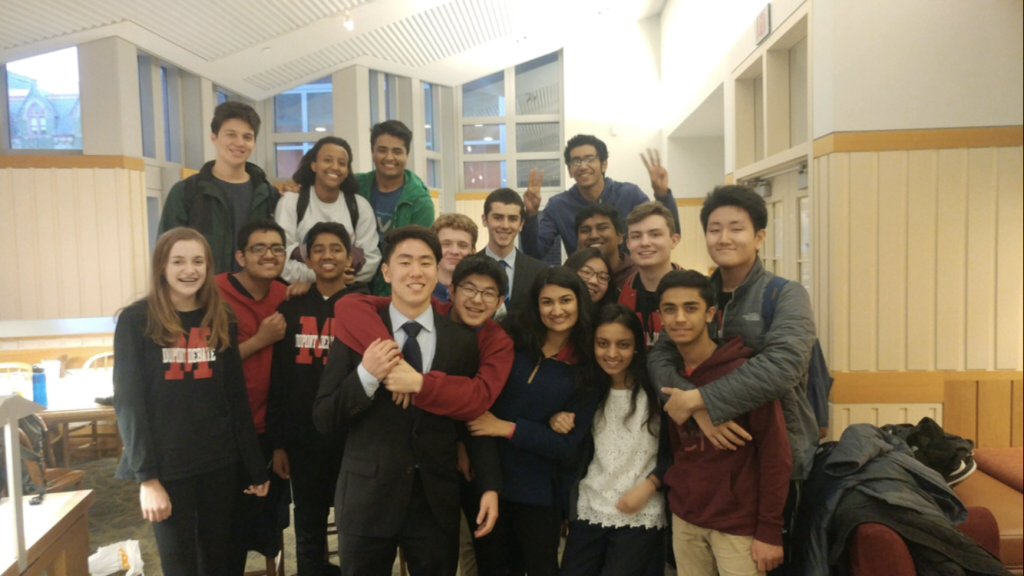 The debate team poses for a picture after a successful tournament at the University of Pennsylvania. Photo provided by Erica Cooper.

Debate Tournament
The debate team just arrived back from the University of Pennsylvania for their annual debate tournament. Students competed against public and private high schools across the nation, and placed higher than they have in the history of debate at Manual.

Among their accomplishments are “two quarter finalists in Lincoln Douglas (LD), three top 16 teams in LD, the top speaker in LD, two varsity and two junior varsity teams that broke into the top 24 teams, of which one went on to semi-finals and one member was a top ten speaker,” said Erica Cooper.

Dance Concert
YPAS’ dance department will host their Kinetics concert on Friday, Feb. 16 at 7 p.m. on the Mainstage. You can buy tickets here.

Robotics Grant
Recently, the robotics team was awarded a $1,000 grant from LG&E to help achieve their goal to raise funds to benefit the team.

Movie Night
The National English Honors Society will host a movie night this Friday, Feb. 16 at 2:45 p.m. in room 351. They ask that you bring books to donate, and in return, they will provide free food.
Short Films Due
The YPAS New Works festival started accepting short film submissions this year. The deadline is this Tuesday, Feb. 13. The films can be submitted to Mr. A in room 238.

Mulch Fundraiser
Manual’s baseball team is selling mulch. The deadline to order is Saturday, Feb. 17 and it will be delivered to your doorstep on March 17. Click here to place an order.
KUNA Cupcake Wars
Manual’s KUNA hosted their annual Cupcake Wars fundraiser on Saturday, Feb. 10.