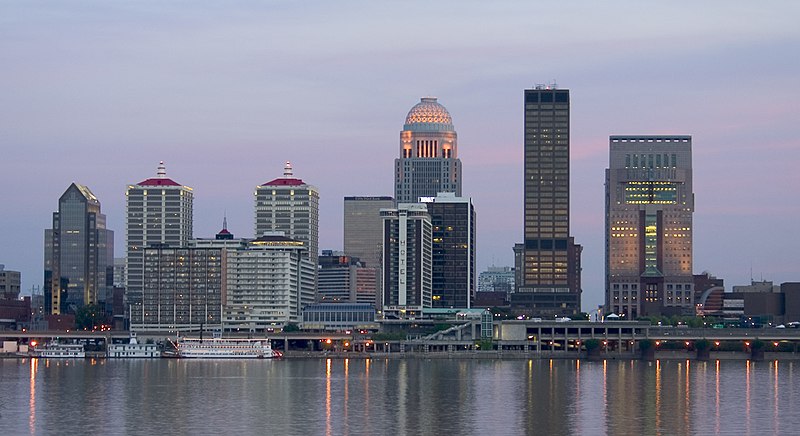 By Chris Watson (originally posted to Flickr as 5297) [CC BY 2.0 (https://creativecommons.org/licenses/by/2.0)], via Wikimedia Commons

This piece was written and sent in by Michael Harris, a Junior at Manual High School.

A particularly hot topic currently is affordable housing, primarily due to the recent construction of the Omni hotel in downtown Louisville. The Omni hotel sells rooms at rates that are unaffordable for nearly all in low-income communities. This hotel is funded partly by the government, inevitably decreasing funding for affordable housing despite the increasing occurrences of homelessness. From this arose many people, such as Destine Grigsby, seeking action whether through protests at the hotel’s opening ceremony or pushes toward electing a Democratic alternative, more specifically Ryan Fenwick, in the upcoming primaries.

Without a doubt, I agree that homelessness is a problem in Louisville, but the cause is not due to the lack of funding for affordable housing. Rather, it is the creation of affordable housing or, to put more generally, government intervention in the housing market.

Affordable housing is created in several ways: providing subsidies to landlords to lower rates, government owning housing complexes, individual subsidies in the forms of vouchers primarily and artificially lowering interest rates on mortgages. Subsidization of rental rates and government owning housing complexes are primarily in use in Kentucky to provide affordable housing. This artificial lowering of interest rates on mortgages is more often sought out federally on behalf of the Federal Reserve, but that is a different subject matter. Through this large-scale government intervention in the housing market, three results occur: poor housing in regards to subsidization of rental rates – that essentially acts similarly to rent control conditions – subpar rates, and, as result, further increasing homelessness.

When implementing any price floor below the market price, you begin to see an increase in demand for a product, but not enough supply, which would cause homelessness in this case. Landlords are not incentivized to provide housing in low-income neighborhoods due to its unprofitability. Landlords are also not incentivized to renovate current housing due to such renovations leading to no increases in rental rates.  Poor maintenance of affordable housing is evident throughout Louisville. Simply encouraging local government to push more spending on affordable housing or owning the housing will cause rapid inflation, leading to something like the housing market collapse of 2008.

Affordable housing also concentrates poverty which leads to numerous negative effects. In these areas, crime rates skyrocket. This causes a lack of investment in these communities from private businesses, which will lead to an economic hole in that community. More policing in these areas could perhaps help encourage people to invest in these communities, due to the increase in financial security.

Featured image citation: Photo by Chris Watson (originally posted to Flickr as 5297) [CC BY 2.0 (https://creativecommons.org/licenses/by/2.0)], via Wikimedia Commons. Use of this image does not indicate photographer endorsement of this article. Image link: https://commons.wikimedia.org/wiki/File:Louisville_Skyline.jpg