Derby 2018: The effects of flooding on the Kentucky Derby Festival 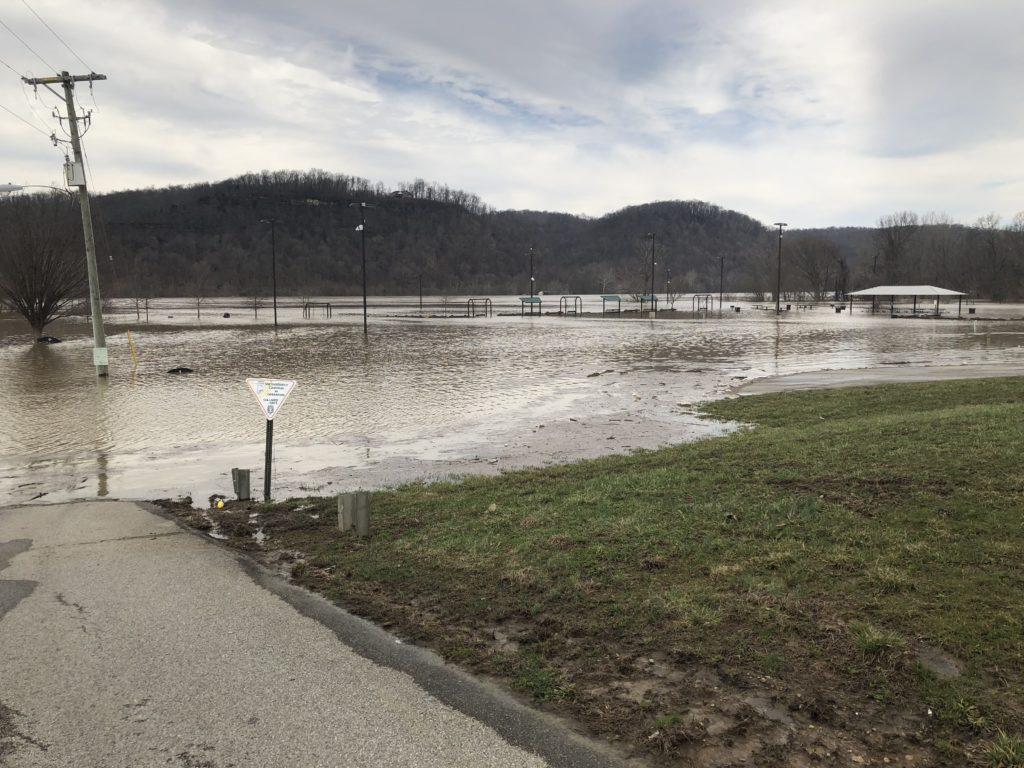 Nearly every year, the Ohio River floods around the time of the Kentucky Derby Festival. Each year, different plans have to be made to accommodate for that specific year’s flooding. This year, at least three events were postponed due to Ohio River flooding.

Several KDF events are scheduled months in advanced, with several planned to be held at Waterfront Park or elsewhere near the river.

The first three Kentucky Derby Festival events scheduled to have been held at the Waterfront this year in March, the Festival Unveiled, Shamrock Beer Run and the American Turners Circus, all had to be postponed.

The Kentucky Derby Festival’s main events will not be disrupted due to flooding this year, but in years past, most recently in 2015 and most significantly in 2011, several KDF events were called off or moved.

Thunder over Louisville has never been cancelled, but flooding decreases space on the Great Lawn almost every year, including 2018.

Waterfront Events
Kroger’s Fest-a-Ville and the Chow Wagon are held everyday near the river, with new bands performing every single day through the Kentucky Oaks. Kroger, one of KDF’s biggest sponsor, feels ramifications of flooding.

“It wouldn’t be the first time that we have had to find alternate locations for Kroger’s Fest-a-Ville, and we try really hard to maintain that area that they use to make it possible for all of the bands booked far in advance to perform,” Alex Laughlin of the Waterfront Development Corporation said.

Kroger’s Fest-a-Ville has been moved twice in the past 10 years, and sometimes specific events have to be called off due to flooding, according to the KDF website.

A lot of preparation goes into maintaining and beautifying the Great Lawn all year, but especially around the time for the Kentucky Derby Festival from the Waterfront Development Corporation.

“The pressure is always on us around the time of the Kentucky Derby Festival. We want to be able to provide space for KDF to host the events that attract people to the city and to the Waterfront, but we have a responsibility to clean it up and maintain the appearance of the Waterfront Park and the Great Lawn to make that possible,” Laughlin said.

The Kentucky Derby Festival events were not heavily affected by flooding this year, but when flooding is a big issue, entire events have to be adjusted.

“We’re not too worried about any issues arising this year due to flooding. If there are, we can always make adjustments. We’ve done it before,” KDF Spokesperson Aimee Boyd said.

The last time flooding had major impacts on the Kentucky Derby Festival was in 2015 when five events had to be postponed and relocated.