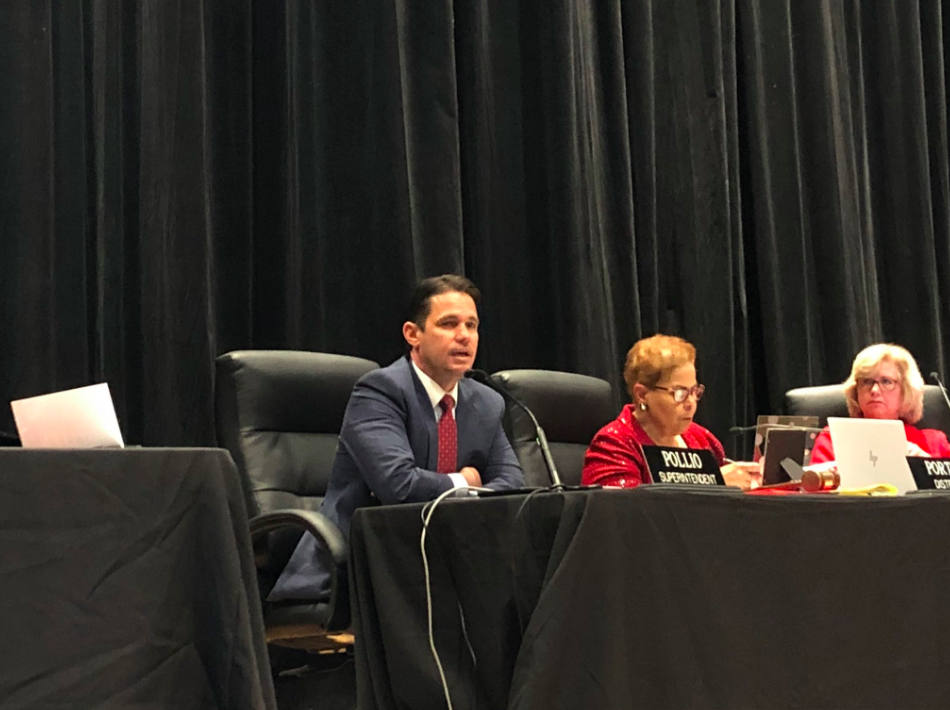 The recommendation specified that current JCPS Superintendent Dr. Marty Pollio continue to “manage the day-to-day operations of the district” but should “have weekly progress meetings with Kentucky Education Associate Commissioner Dr. Kelly Foster,” according to an official JCPS statement sent to teachers, parents and students yesterday afternoon.

Commissioner Lewis made the recommendation based on the results of a district-wide audit that began in 2016 under former Superintendent Dr. Donna Hargens. The Kentucky Department of Education conducted the two year audit in order to “determine if ‘there is a pattern of a significant lack of efficiency and effectiveness in the governance or administration of a school district.’”

The Courier-Journal reported that the “initial review into the district’s management had uncovered more than 20 ‘significant deficiencies,’ including the widespread underreporting of student seclusion and restraint, racial disparities in suspension rates and inadequate support for the district’s lowest performing schools.”

In a press conference yesterday, Dr. Pollio expressed his optimism for the future of the district.

“I am very proud of the work we have done. I think we are on the way to becoming a great school district,” Pollio said.

Moving forward, JCPS has two choices: accept the recommendation or challenge it by asking for a formal hearing. 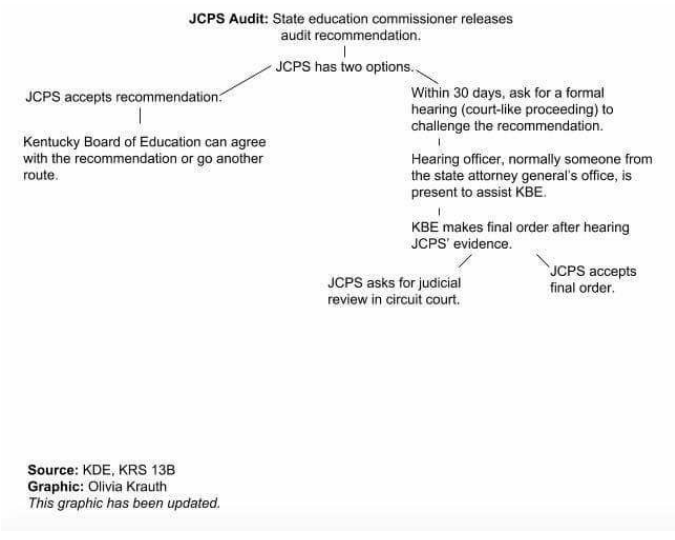 We should have the right to teach our own children. Help save our school district go to https://t.co/rIvTxcLVpR to get involved. #JCPS #120Strong #120United

— Brady School Board (@BradyJCPSBOE) May 1, 2018
According to the Jefferson County Teachers Association, the takeover could end in the loss of local power; students’, parents’ and teachers’ rights may be limited and JCPS teachers may face termination. 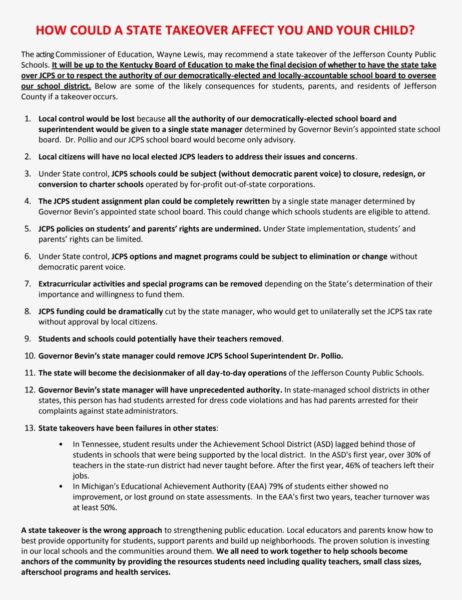 While decisions are up in the air as the board takes time to read through the 90-page audit, Manual students are hesitant about the takeover.

“I think it’s a partisan attack on public education,” Andrew Meiners (10, J&C) said. “It will end up making JCPS’ problems worse rather than remediating them.”

Members of Kentucky government are also skeptical of the proposed changes and their effects on the district.

“Bevin’s announced takeover of the largest public school district in the Commonwealth is the latest and most disconcerting assault in his ongoing war on public education,” Congressman John Yarmuth said in a released statement today.

“[Bevin has] decided to pursue a personal agenda that demands our schools do more with less,” Yarmuth wrote.