School board candidates seek to solve problems within the district 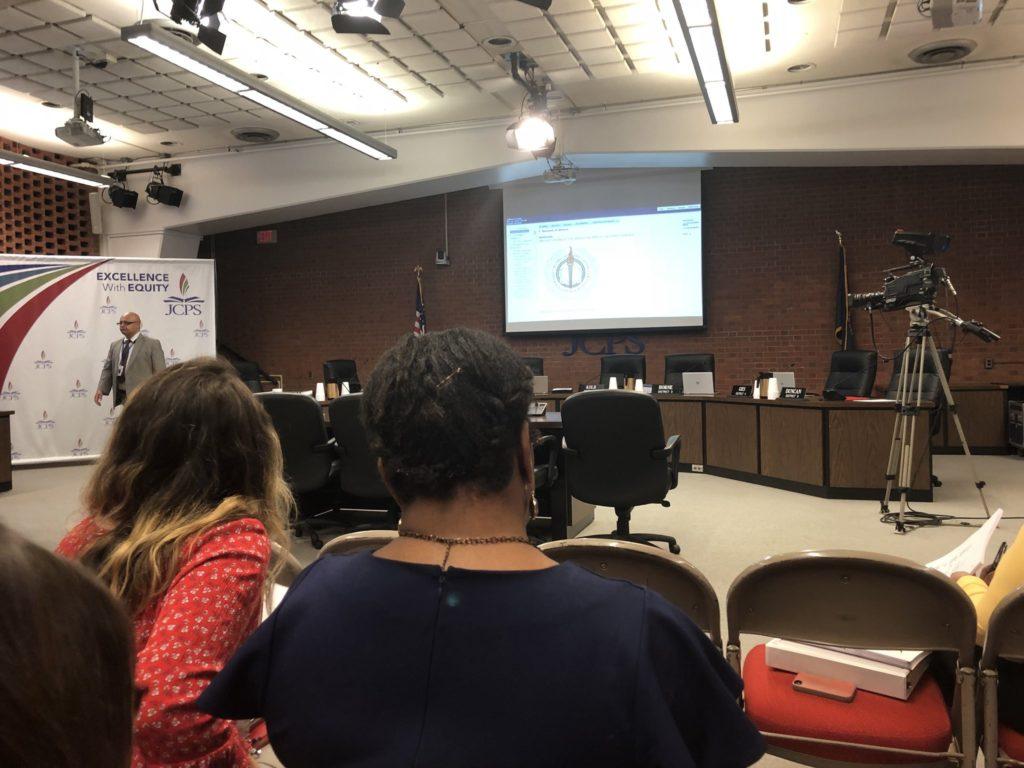 Four board positions in the Jefferson County Public Schools (JCPS) Board are up for election in November.

Manual’s board member, Diane Porter, is running for reelection along with District Five’s Linda Duncan. District Six and District Three will both have new representatives.

Porter, who is also the board chairwoman has served as District One’s representative for 10 years. Previous to serving on the board, she was a principal and a central office administrator. She is running unopposed.

Lisa Willner of District Six will not be running for re-election after winning the Democratic Primaries for state House District 35.

Stephanie Horne of District Three will also not be running for re-election. The Courier-Journal reported that it has been widely rumored that Horne might run as Rocky Adkins’ running mate if he decides to run for governor.

Several candidates have raised concerns of inclusivity and equality within the district that they hope to improve. Other candidates have addressed management and organization issues, citing the district relinquishing a $15 million head start grant.
District Three
Horne’s district will be hotly contested as four people are running for it. District Three’s candidates include attorney James Craig, who has two daughters in JCPS and has served on the School Based Decision Making (SBDM) council.

Judith Bradley, who runs the organization JackBeNimble, will also be running for District Three. Bradley has a student who attends Manual and has served on the Parent Teacher Student Association (PTSA) board for five years.

In May, her son Jack addressed the JCPS Board of Education about allowing students with special needs to take dual credit courses.

“It’s time for us to come together as a community to ensure that every child has the opportunity for a free, appropriate and public education individualized to their needs,” Bradley said.

Derick Guy, a social worker at a local nonprofit in Louisville and parent of one JCPS student, will also run for election. He emphasized the importance of diversity within the district as an African-American parent with a biracial son.

Jenny Benner will also run for District Three.
District Six
District Six also has several candidates. One of the most popular, receiving endorsements from Representative Attica Scott and other officials around the Louisville community is Nicole Aghaalianastjerdi.

I'm excited to support Nicole for #JCPS Board of Education! Nicole is a Mom who attended and sent her girls to our public schools. She will stand up for all of our students, those who are bullied, the ones at the margins, the ones who march for commonsense gun safety legislation. https://t.co/b0hsbzHCtT

Aghaalianastjerdi is a legal administrator at a local data company and had to drop out of school at 15 to take care of her younger sibling, but later returned to the district to get her diploma, according to her campaign website.

“[I am] dedicated to creating sustainable solutions for all children and will be an advocate for all students, work to ensure equity over equality and advocate for restorative justice practices across the board,” Aghaalianastjerdi said.

Waymen Eddings will also be running for District Six. He works as a managing partner for a local company that provides training for the media and entertainment business. He currently has two children attending JCPS schools and three JCPS graduates.

“There’s talk about stakeholders wanting more authority in the school system but almost no solutions to engage more parents and community. My concern is about those of us whose futures are on the agenda,” Eddings said.

Angela Smith will also be running for District Six.