Manual is in the running at the St. Xavier Tiger Run 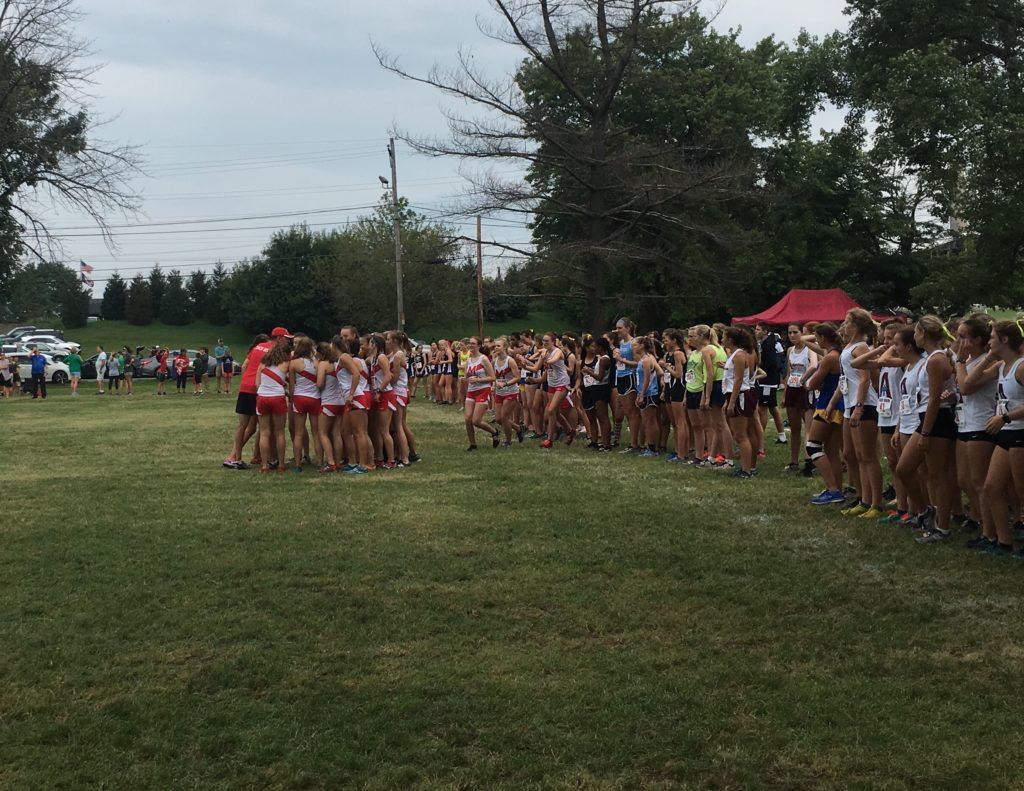 The girls JV team has a team meeting before the start of their race. "I definitely saw some really good effort," Zayne Isom (11) said. Picture by Adrienne Sato

The Manual girls’ varsity cross country team placed third in the St. X Tiger Run Saturday, August 25. The race resulted in three top-25 performances out of 168 runners, while the boys’ varsity team placed ninth with two finishers in the top-40 of 265 runners.

Head coach Tim Holman was pleased with the effort he saw come from the team during one of the first races of the season.

“I think people came out here and gave it their best and that’s all I’m really looking for at this point in the season,” Holman said.

Holman was also happy with the attitude he saw in the runners.

Parker Mindel (11, HSU) placed 55th in the boys’ varsity race and was very satisfied with the team’s performance this weekend.

The Manual cross country program’s goal is to promote team bonding and positivity to produce a better outcome for their season as a whole.

“We’re getting better at becoming a unified team,” Mindel said. “I think our program, Manual cross country, is so good at being such an inclusive environment like we call ourselves a family.”

Nicole Farnsley (9, VA) placed eighth in the girls’ varsity race was also excited about how the team did in the race.

John Woodhouse (9, J&C) placed fifth in the freshman race and was glad to have met his goals for the meet.

“I wanted top five and I got just that, I got top five,” Woodhouse said. “I felt really healthy and strong, it was a really great race.”

As a freshman, Woodhouse enjoyed the support he received from the upperclassman.

“Everyone is so supportive of everyone. It’s just one big family,” Woodhouse said. “And it’s just so nice to have your name be cheered by the upperclassman, by people that are in your grade, by everyone.”

There were many runners from Manual in this race, all celebrating their achievements and efforts finally paying off.

Kyle Fallon (12, MST) placed 93rd in the varsity race and is also looking forward to the rest of the season. “We just hit practice every day, keep working harder and that I think we’re in the mix to do really well at state,” Fallon said.

Looking forward, the Crimson runners are aiming to continue improving. “Pacing is a bit of an issue for our younger runners,” Holman said. “So we’ve got to continue working on that.”

The cross country team felt pretty positive about the race. They were happy with their effort and the outcomes.

The Crimson’s next race is on September 8 at Creasey Mahan Nature Preserve in Goshen Kentucky. The earliest race starts at 8:30 a.m.