OPINION: Dr. Look will lead Manual to a brighter future 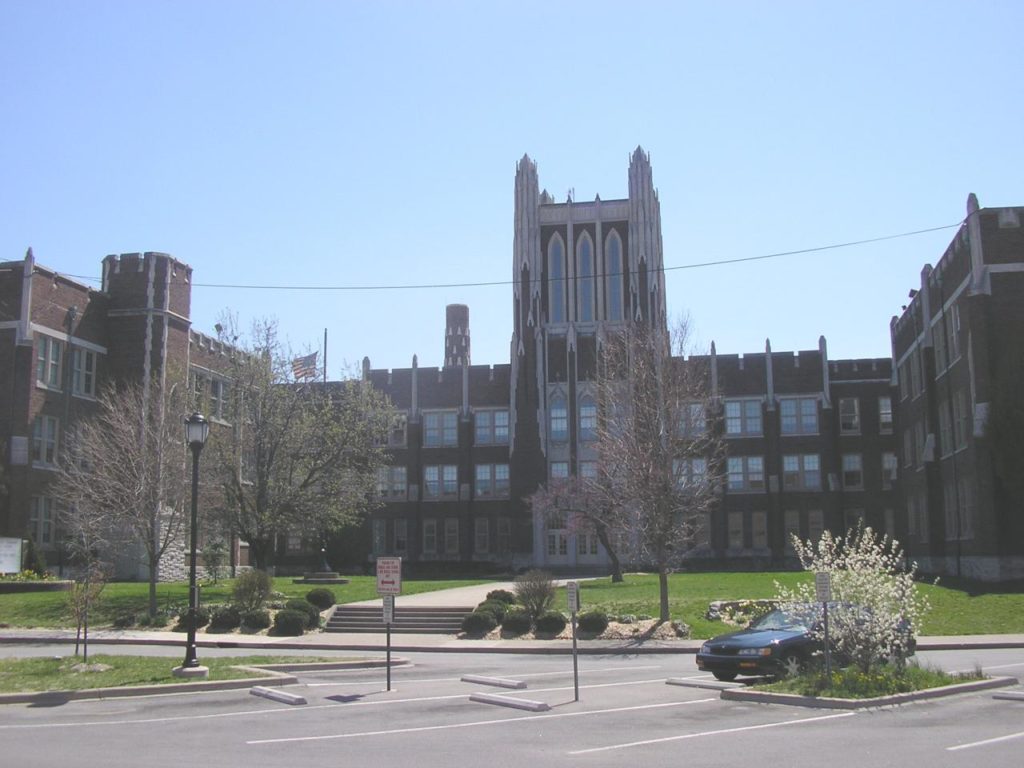 The principal student forum held last Monday left many Manual students with one looming question: which candidate would make the best principal at duPont Manual High School? While some students and faculty are in favor of bringing back a familiar face, Mr. Darryl Farmer, to the building, that may not be the best choice for the future of Manual.

Both candidates showed great promise in the prospect of upholding the Manual mission of excellence, diversity and tradition; however, Dr. Keith Look displayed even more resolve towards making long-term changes at Manual.

During the forum, he showed a level of progressive understanding and “wokeness” that will elevate the Manual community and help it to move forward. Dr. Look expressed that he wants progress, change and movement, even if it’s uncomfortable. If given the position, he wants to focus on the students and their perspectives in any and all decision-making processes.

When addressing questions, his responses differed from those of Farmer’s. Unlike Farmer, he made serious points that alluded specifically to the complexities of issues such as dress codes in relation to sexism, gender identity and expression and educational diversity.

These are all important and crucial factors that go into choosing the right principal, especially at Manual, where the student body is made up of diverse individuals who align with many different political, religious and social beliefs.

Mr. Farmer answered the questions and presented his own ideas about the future of Manual—which were slim to none—but he lacked a certain passion for making effective and realistic changes to the school and the student body.

Look’s honest and spirited demeanor gave him a sense of confidence that Manual has lacked in recent years. At the beginning of the forum, Look admitted that when he first entered the field of education, he struggled after his first teaching job in Maryland, where he “got [his] butt kicked not because of the kids or the conditions but because [he] wasn’t good at the job, [… he] realized then that [he] had a lot more to learn about public education.”

Look continued to learn in Pennsylvania, working with organizations that influenced public education. He now has a more extensive knowledge on how to help students in public schools.

In 2008, Look was assigned to Louisville’s formerly named Shawnee High School Magnet Career Academy to turn the underperforming school around as part of the School Improvement Grant Program, which targets the lowest performing schools in each state. He produced staggering results due to extensive changes such as replacing half of the teachers, changing the school’s name to the Academy @ Shawnee, and gathering data on students. The school has since obtained a partnership with the University of Louisville and provides flight schooling to its students free of charge. Look resigned from his position at Shawnee in 2013, his job done.

Look has made it a compelling and pivotal point to not concentrate on arbitrary rules in education. As aforementioned, no matter how uncomfortable it may be, Dr. Look will advocate for progress, change and movement, as can be seen in the 2013 article he wrote for Insider Louisville.

Nonetheless, not all aspects of Dr. Look are appealing. Students, parents, teachers and alumni may favor Mr. Farmer because of his prior knowledge of the school or because he has little to no press attached to his name.

Dr. Look has quite a bit of questionable history. In 2014 he earned the position of Superintendent of Danville Schools. Later in 2016, the Danville Board of Education released their findings from a required investigation under Kentucky’s Superintendent Professional Growth and Effectiveness System. For a majority of the categories, the board reported that Dr. Look should create ways that unite all schools and pay closer attention to “community connections.” Look’s contract with the Danville school system expired on June 30 earlier this year, and the Danville School Board made the decision not to renew Look in an extremely contentious meeting on Feb. 19.

Additionally, The Advocate-Messenger reported in Feb. of this year that “the state Office of Educational Accountability has determined that Danville Schools Superintendent Keith Look ‘impeded implementation of school-based decision making by interfering with staff allocations at Danville High School’ by sending an email to Danville High School Site-Based Decision-Making Council members in 2015.”

The allegation was one of seven, six of which were determined to be cases in which Look was in the right. The only substantiated claim involved an inappropriate action in which Look involved himself into the hiring process of a new counselor, which was the Danville School Board’s jurisdiction, and therefore a violation of Look’s terms. He was required to attend a three hour workshop, which he did.

In addition to that minor infraction, on May 8, Look improperly demoted Ed McKinney, Danville’s Director of Pupil Personnel. McKinney contested the demotion, but unbeknownst to him, Look had made recommendations to the board’s central office that would reshuffle positions, resulting in the elimination of the original position. When the board voted on Look’s recommendations, they were not made aware of McKinney’s demotion, which was improperly recorded by Look in the minutes for the May 21 board meeting, when it should have been explicitly recorded in the minutes for the meeting on May 8.

All mistakes aside, the simple fact that Mr. Farmer has little to no press is telling. He plays by the rules. But all things must come in moderation. With the future of Manual in mind, we must always take the opportunity to make change, not stick by the rules. Dr. Look will be the type of principal that will ensure the Manual student body move forward together as a stronger, collective and more dynamic group.

For another recap of the student voice forum, CSPN-TV has compiled footage from the event including each individual response from Dr. Look and Mr. Farmer. To be redirected, click here.

“Manual” by W. Marsh on Flickr is licensed under CC BY 2.0. No changes were made to the original image. Use of this photo does not indicate photographer endorsement of this article. For the full license, click here.