OPINION: JCPS schools should start later in the day 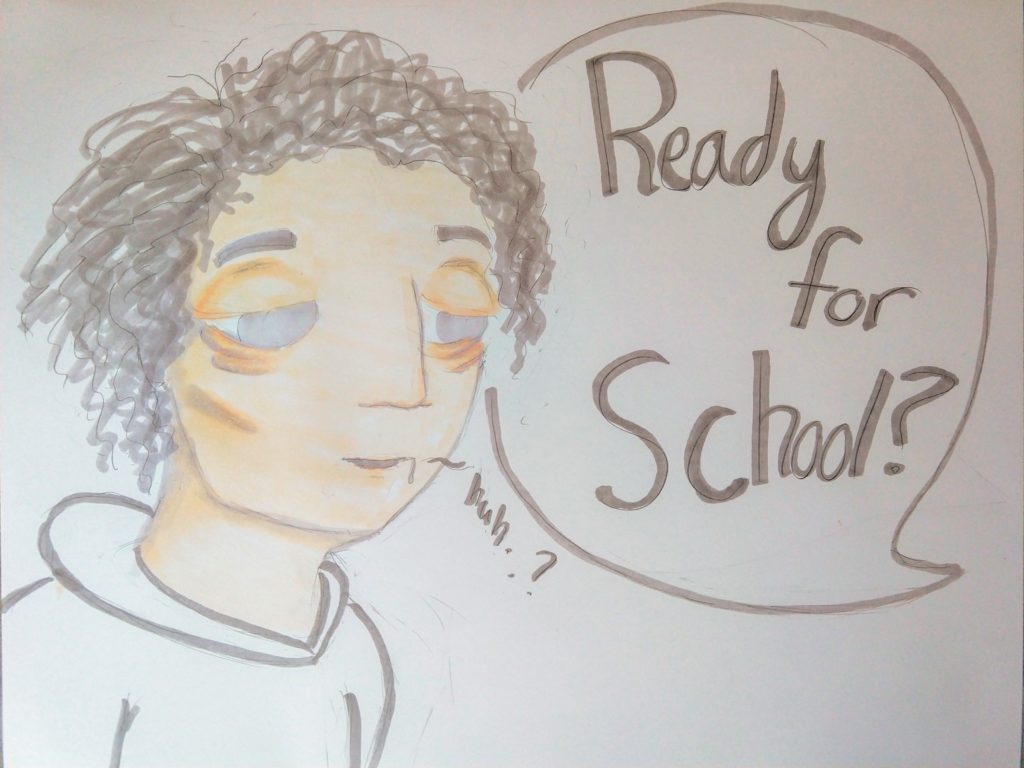 Last Friday, lawmakers in California passed a bill that requires schools to start after 8:30 a.m. If California governor Jerry Brown signs the bill into law, schools in the state will have until 2021 to make preparations before it takes effect.

There is no shortage of people in opposition to the bill. Both the California Teachers Association and and California School Board Association are publicly against the bill’s passing. This division arises because, while most scientific research suggests that schools should open later, the process of implementing such a change is complicated. While these complications should not stop districts from making a change for the health of their students, the process needs to be well thought-out, so as to minimize the negative consequences.
Why schools should start later
The science of this issue is not very controversial. According to the American Academy of Sleep Medicine, students between the ages of 13 and 18 should get between eight and 10 hours of sleep every night, and a study by the National Sleep Foundation found that only 9% of high schoolers get the optimal amount of sleep on school nights, with 62% getting an insufficient amount of sleep.

Not getting enough sleep can be incredibly harmful to students, and a study by Harvard suggests that sleep deprivation may raise the risks for a person to develop psychiatric disorders like depression and anxiety. A paper by the American Academy of Pediatrics suggests that lack of sleep also negatively affects a student’s academic ability, leading to students falling asleep in class, being absent or tardy more often and generally performing poorly academically. The same paper also suggests that delaying school start times could help to counteract the lack of sufficient sleep in high school students.

All of this evidence suggests that three things are indisputable facts: high school students don’t get enough sleep, the lack of sleep is affecting high schooler’s mental health and academic performance and that delaying school start times could help curb teenage sleep deprivation. With all of this in mind, why haven’t more schools in the United States already done what is being proposed in California and moved back the time at which schools start classes?
The problems with later start times
The simple answer is that starting school later makes logistics more difficult for school districts and families. In many districts, including JCPS, middle and high school level students are bused to school earlier in the morning, and then the same fleet of buses transports elementary school students to their schools, which usually start later.

If all students were bused to school at the same time, the district would likely have to double the size of their fleet, and the price of buying new buses and paying more drivers can add up to hundreds of thousands of dollars. According to an article in USA Today, a school district in Germantown, Tennessee ended up paying upwards of $500,000 last year for their new bussing plan.

While the cost of the change could be cut by simply flipping the starting time of the younger students, who need less sleep, with that of the teenagers, this solution brings new problems. A flipped plan would mean that elementary school students arrived at home a lot earlier than before. For a lot of families, the parents would still be at work, and that would leave a lot more young students unsupervised for multiple hours every day. Under the current system, middle and high school students are the ones getting home at this earlier time slot, which is a more reasonable demographic to be left home alone for a few hours.

Lastly, pushing back school start times for teenagers would also push back the times for after-school activities and athletic competitions, keeping students out even later. Athletic programs can be especially affected if they play against districts with earlier starting times. In addition, getting out of school at later times makes it more difficult for students to hold after-school jobs or internship opportunities.

School districts, therefore, find themselves in a tricky situation. Scientific evidence points towards the necessity of starting school at later times for middle and high school students, but the lawmakers hit a snag when they have to plan out the logistics of how the change would actually work. Is the potential benefit to student health worth all the inevitable problems that would arise if school start times were moved back?

I personally believe that the health of the students should be a more prominent concern for any school district, but that doesn’t mean that we should ignore the problems that would arise. Parents, teachers, students and lawmakers all need to work together to build a system that works best for the community and causes the least disruptions. According to the previously mentioned article in USA Today, a school in Collierville, Tennessee shortened class periods and lessened the number of classes per day. Under this plan, they were able to delay start times without changing the time that students got home.

While Collierville’s plan might not work for JCPS, it is an example of a community finding a way to minimize the complications of pushing the times their schools open. The whole community of Jefferson County should work together to create similar plans, which are tailored to the needs of the district. In this way, we can create a plan that both benefits the health of the students while also causing they fewest amount of complications.