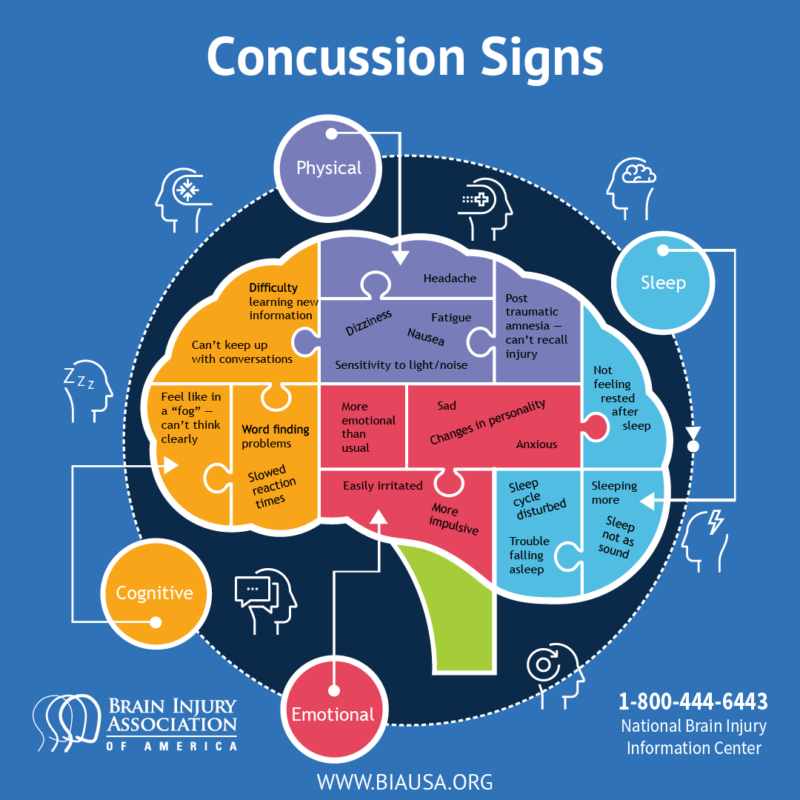 National Concussion Awareness Day is Friday, Sept. 21. The day aims to raise awareness and to educate on the serious nature of concussions.

The day was founded by Brooke Mills who suffered a severe concussion during physical education in high school. The day was annually proclaimed as the third Friday in September.

Each year, the National Concussion Awareness Day organization makes it a priority to increase concussion awareness and in order to do so, they raise funds for charitable organizations like the Brain Injury Association of America.

According to the organization website, their vision is that “those suffering the effects of mild traumatic brain injuries feel supported by their community and feel empowered to share their story, connect with one another and act to raise global consciousness of the concussion epidemic.”

Healthcare professionals, including KentuckyOne Health, will use the day to review procedures on first-aid that minimizes the impact that a concussion can cause.

Jason Prather (11, HSU) experienced a concussion last year. He plays on Manual’s boys’ soccer team and routinely has soccer balls flying at him in his position of goalkeeper.

“My concussions really just change my attitude towards life. I always had to be careful about things I do,” Prather said.

Prather also described his concussion as an ongoing issue that still sometimes affects his everyday life, just like Mills who experiences regular migraines as a result from her concussion.

“At times, I have headaches or other issues from what would normally not bother people, and on top of that, now, every time I get hit in the head doing anything the thought just sits in the back of my mind that I may have just gotten a concussion” Prather said.

As a result of his concussion, Prather was unable to participate in sports for a few months, he described it as extremely frustrating. Mills claims that athletes put pressure on themselves to return before they are ready.

“After all, it’s better to miss one game, than miss the whole season, or worse,” Mills said.

Nearly 50 percent of all concussions go unreported, about 1.5 million each year.

“Many kids don’t report their injury because they are afraid of being judged as ‘wimp,’ or being denied participating in the sports they love. Others think a concussion isn’t a big deal since the wounds aren’t visible,” Mills said.

Mills herself experienced a concussion in her high school gym class as a freshman. She was unaware of how severe it would be and without baseline testing, was cleared to return to physical activities before she was ready.

Mills, founder of Lessen the Impact, an organization dedicated to “concussion awareness through education, support of research initiatives and charitable programs, while giving hope to those affected by mild traumatic brain injury,” never wants another student to suffer follow up consequences from a concussion.

“Players, coaches and parents need to know that a concussion is more than just a ‘ding’ or a ‘bell ringer,’ their future brain function and even their life is on the line,” Mills said.