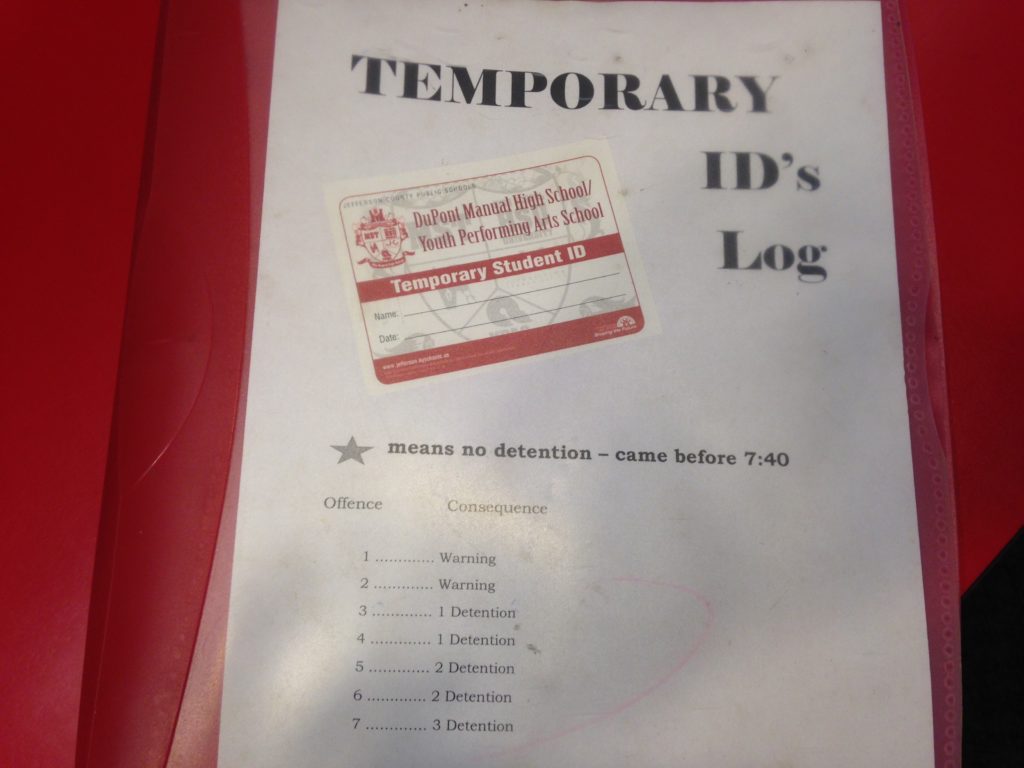 Last year, students who went to the office before 7:40 could do so 10 times before receiving a detention, and students who asked for a temporary ID after 7:40 had three chances.

“We looked at two years ago, and didn’t change it,” Assistant Principal Craig Klingenfus said. “We went ahead and changed it this year, and the bottom line is a matter of school safety.”

The school had a “grace period” during the first six weeks, in which the new policy did not go into effect. This morning, Principal Darryl Farmer announced that the grace period had ended.

Klingenfus said that the policy change is in part because certain students were repeatedly forgetting their IDs.

“There are some students that are repeat offenders, and they were coming down 10, 20 times throughout the year, and could never seem to have an ID on through the school day,” Klingenfus said.

The problem was becoming so common that the administration decided the old policy wasn’t strong enough to make sure that students remembered their IDs.

“That is the expectation,” Klingenfus said. “It’s kind of like bringing your materials to class, or showing up for the test on test day.”