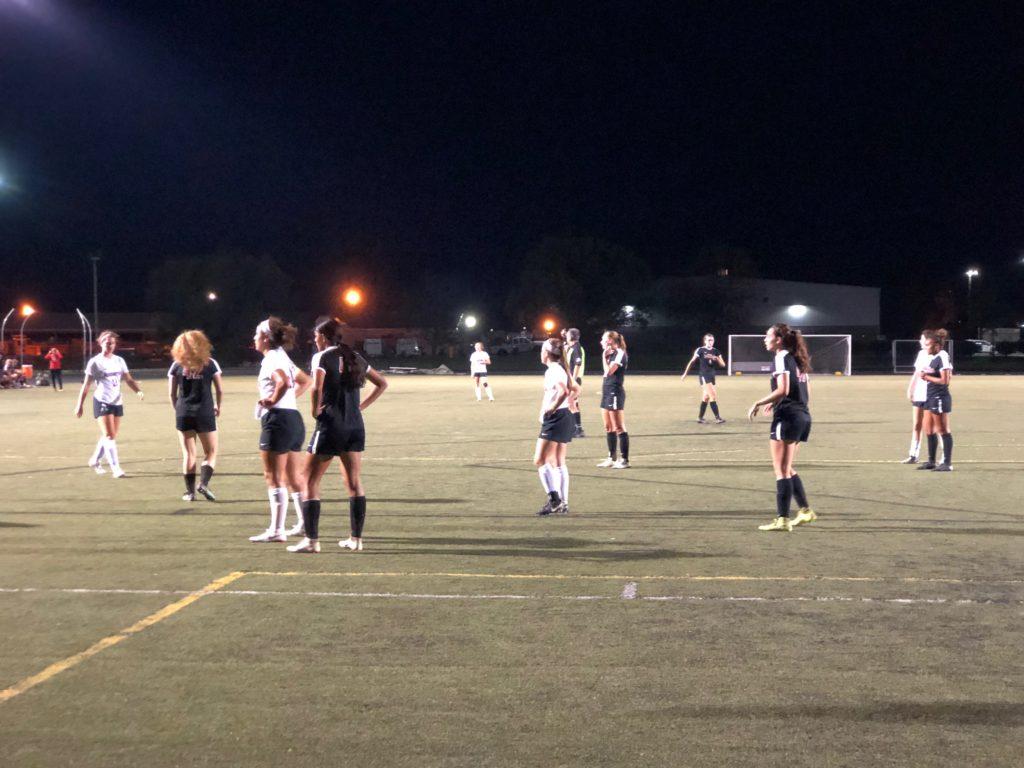 — Manual Girls Soccer (@manual_girlssoc) September 27, 2018
The game was extremely defensively driven, with Manual getting the best of it with a more pushing offense. The majority of the game was spent will a back-and-forth, intense play between the two teams.

Coming out of halftime, Assumption pushed harder on offense but Manual stepped up on their defensive side. They began to drive the ball down the field with determination and power.

The rest of the game was a very hard-fought battle between the two teams.

With a continuous fight for the rest of the game, both teams were unable to get any more points on the scoreboard, make the final score 1-0 in Manual’s favor.

“We just weren’t connecting as a team like we had been in the past.  We picked it up second half we just couldn’t get one in. We hope to see them again in Regionals, and pick up our game.” said Assumption forward Kacy Nalley (#5, 12)

Manual’s head coach Sheri Kiser emphasized how proud of her team she was on the defensive side of the ball.

“I was also very proud of how the team performed, good communication and teamwork,” Savina Zamborini (#39, 11) said.

It was a big win for Manual, as they defeated one of their biggest rivals of the season.  The Rockets have more winning games over the past few years in their matchups.

Assumption’s goal is to be ready as possible for another match-up with Manual in the near future. “Overall it was a good game and I hope to see them again,” Head Coach Tammy Hailey said.

It is possible that Manual and Assumption may meet again later in the year during the and with both teams wanting to go at it again, it will be a classic rematch.