Free Spirit taught me more than “Dream, Dare, Do” 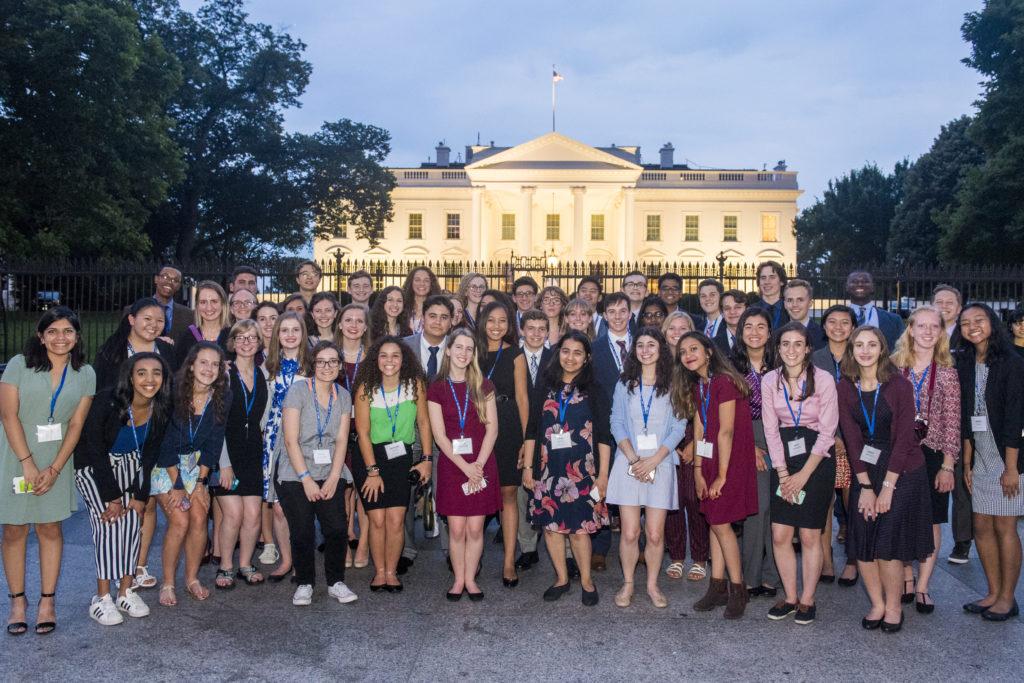 Landing with turbulence, I shifted in my seat slowly opening my eyes to the bright light of the passenger cabin.

“Ladies and gentlemen,” a muffled voice said over the speakers, “welcome to Washington.”

Unsure of what the next six days had in store for me, I looked out of the small plane window at the city below and got butterflies in my stomach.

Roughly three months before in April, I had received an email notifying me that I had been selected to attend and represent the state of Kentucky at the Al Neuharth Free Spirit and Journalism Conference hosted at the Newseum in Washington, D.C. for an entire week in one of the hottest months of summer.

Myself, as well as 50 other student journalists representing each state and the District of Columbia, were to hear from renowned journalists, human rights activists, newspaper editors, television news anchors, recipients of the Al Neuharth Award for Excellence in the Media and more. We were scheduled to tour USA Today Headquarters, sit in on a taping of Chuck Todd’s Meet the Press, take pictures around D.C. monuments, debate a First Amendment court case in the U.S. Court of Appeals, sit in Congress press galleries as well as mingle with other student journalists from around the country and alumni of the program.

Reading the initial email, it all sounded too dream-like to be a real experience I would have, let alone share with 50 of the best and the brightest who I can now call some of my closest friends. But it wasn’t just about meeting journalists I aspire to be like someday, it was standing in the exact location where Donald Trump and several other presidents before him stood to give the State of the Union address or even putting names to faces in terms of big news publications.

I think that the network that came out of the conference was one that I will hold near and dear to my heart until we all grow too frail. It’s not every day that you have 50 student journalists on speed dial eager to answer questions, give advice and even rant to about current events.

As packed as the schedule was, all of the students and I still found time to share our own stories and get to know each other before the week ended.

I learned that Liam from Alaska had never seen fireflies and Ariana from New York loved cheesecake, Brodie from Oklahoma adored Oklahoma more than anything and Anika from Maryland balanced newspaper with musical theatre. Alex from Pennsylvania would defend his town’s beloved water ice until the day he died, Cari from Minnesota had a brilliant laugh and Devan from Virginia idolized the Washington Capitals.

As I left, hoping to not forget a single second of the week, I put the conference into perspective.

It hadn’t been about the keynote speakers, it wasn’t about the inhumane number of signed biographies and it wasn’t about the important buildings we visited. I learned the most from the connections and ambitions we created together for the future that we want to see. Being a Free Spirit, I learned Al Neuharth’s philosophy of “dream, dare, do” and each student journalist walked away with their own interpretation but a collective response of “we are the future.”

I’m more than overjoyed to have shared this experience with other students just like me and I do hope that anyone considering a career in journalism will apply for the conference.