What is Columbus Day? 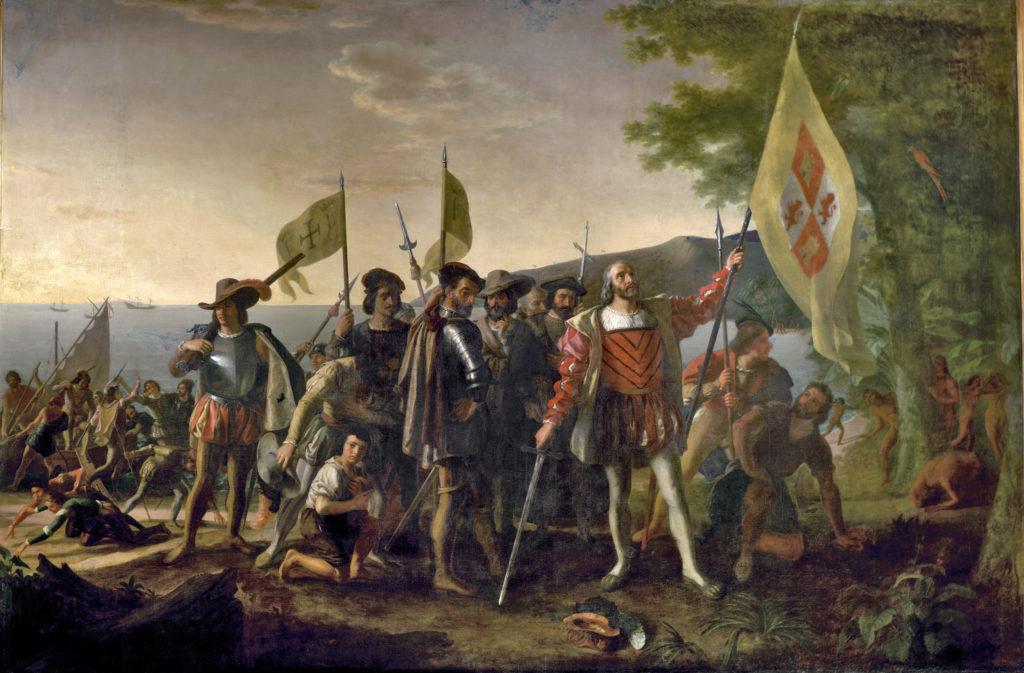 Columbus Day is a holiday celebrated annually on the second Monday of October to commemorate Christopher Columbus’s arrival in America in 1492.

Christopher Columbus’s spirit of determination & adventure has provided inspiration to generations of Americans. On #ColumbusDay, we honor his remarkable accomplishments as a navigator, & celebrate his voyage into the unknown expanse of the Atlantic Ocean. https://t.co/Mg3dxRfPuN

Who was Christopher Columbus and what did he do?
Columbus was an Italian explorer and navigator that lived from 1451-1506. He was born in the Republic of Genoa which is now called Italy. He later resettled to Spain, his home base for the rest of his life.

Determined to find a direct water route from Europe to Asia going west, he accidentally came to what is now the Americas.

While exploring the Atlantic Ocean, Columbus made four stops on several Caribbean islands including the Bahamas and Hispaniola. His final voyage was made to South America, which credits him for opening up colonization of the Americas to the Spaniards.

By opening up colonization between Western and Eastern hemispheres, Columbus began the Columbian Exchange which would forever have an impact on the World as a whole.
What is Columbus Day?
Columbus Day was created to celebrate the arrival of Columbus in the Americas.

The first Columbus Day held was in New York in 1792 when the Columbian Order held an event to showcase the historical landing’s 300th anniversary.

“On that day let the people, so far as possible, cease from toil and devote themselves to such exercises as may best express honor to the discoverer and their appreciation of the great achievements of the four completed centuries of American life,” said President Benjamin Harrison in 1892, proclaiming that Americans should celebrate the 400th anniversary.

President Franklin D. Roosevelt proclaimed Columbus Day as a national holiday in 1937 to celebrate the discovery.
How is it celebrated?
Columbus Day is celebrated in most states but Alaska, Hawaii, Oregon, South Dakota and Vermont do not recognize it at all.

This is marked as a federal holiday, meaning that federal offices will be closed as well as banks. Often times, school counties will get this day off as well.

For the 74th year, the Columbus Day parade was held in New York. This is known as a celebration of Italian-American culture.

A year ago, the county Board of Supervisors voted to replace Columbus Day.

Since 1991, people of the Americas have been advocating for a holiday change to prohibit the promotion of enslavement of Native Americans and strive to exhibit positive influences only. Columbus did not work well with the native people and many believe that he should not be recognized.

Today and every day, we must remember the indigenous people who were here long before us and the suffering they’ve endured — and continue to endure to this day. Let’s celebrate their strength and honor the contributions they’ve made to our nation. https://t.co/1ZWBGbWgVr

As many people had already been living in America before 1492, Leif Eriksson is believed to be the first European to have sailed to North America.

The exploration had not proved the world to be round but proved that is was possible to sail around. Columbus’s ‘scientific discoveries’ are said to be exaggerated by many.

“Christopher Columbus landing in Santo Domingo” by John Vanderlyn on Good Free Photos is licensed under CC0 / Public Domain. No changes were made to the original image. Use of the photo does not indicate photographer endorsement of this article. For the full license, click here.