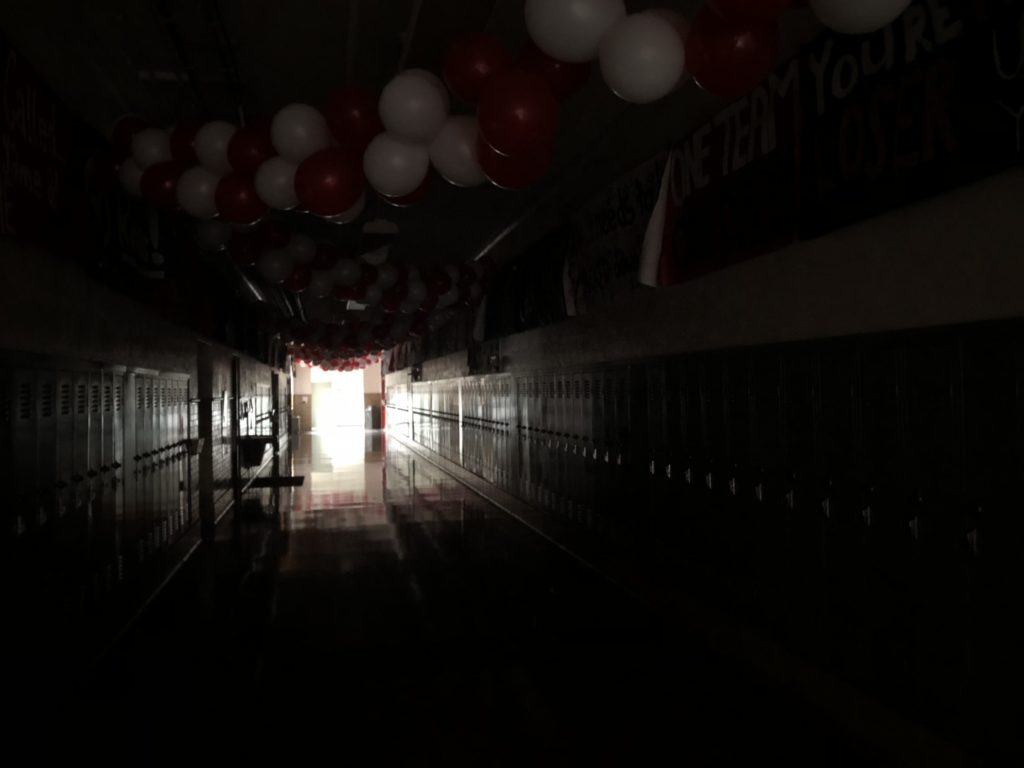 Manual, YPAS and Noe all lost power around 1:30 p.m. this afternoon, which caused the fire alarms to sound and prompted students and staff to evacuate.

After Mr. Farmer called district officials and confirmed that people could be in the building while the power was out, students and staff returned to their classes.

Mr. Farmer said that the power outage was most likely due to someone who hit a pole nearby.

Many teachers in Manual’s main building continued teaching even while the power was out.

“We weren’t able to finish watching our news reel video but we were still able to read by camera light and have a class discussion,” Ms. Mattingly (English/J&C) said.

Manual’s power was restored around 2:05 p.m., but the fire alarms will need to be reset by the district.

This story will be updated as RedEye reporters obtain more information.