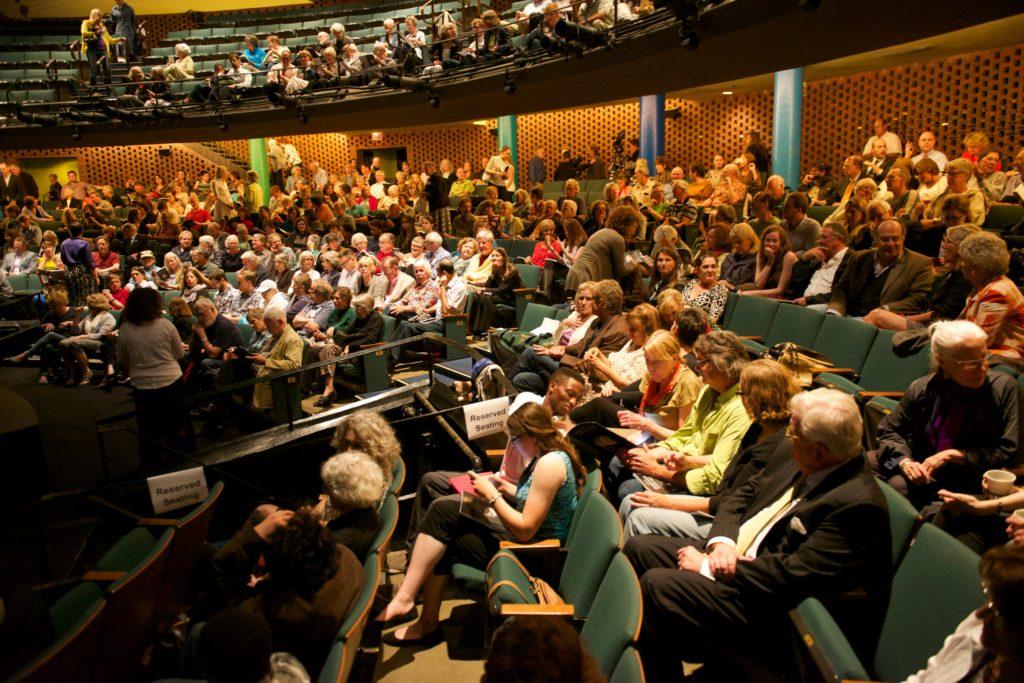 This post was submitted to Manual RedEye by Akhila Nadimpalli (10, J&C).

Actors Theatre is having their production of “Dracula” from Sept. 7-Oct. 31 in their Bingham Theatre for the Halloween season.

The thriller, adapted from Bram Stoker’s famous novel “Dracula,” is coming back with a few changes, a new cast and new additions to the story. Despite all of that, what draws audiences is the special effects and staging.

Trap-doors, strobe lights, fake blood, and fog all add to the frightening feel of the show, intended to evoke fear from the audience.

Some try to sit in the front row, next to the brick walls that separate them from the stage, in hopes of being slightly splashed with fake blood or seeing the blood-thirsty villain scale and walk on the short brick wall.

“I think what compels me most are the fights with Dracula and the other characters, which were the work of Drew Fracher, who is now the director of the production,” Dorothy King, company manager of Actors Theatre said.

“This production boasts what is probably the most athletic and physically combative version of this beloved vampire thriller in Actors’ history.” (@louisvillehalloween) • • • FIFTH THIRD BANK’S DRACULA runs through Halloween. 🎥 Santino Craven and Crystian Wiltshire in DRACULA, 2018. Video by Philip Allgeier. • • • Alt text: A GIF of Dracula and Jonathan Harker fighting featuring a torch.

The special effects and jump scares are what leave the audience buzzing with amazement as they leave the theater.

“It’s very frightening when you are just sitting there, watching the show for the first time, and suddenly Dracula shows up, right next to you, chasing somebody down the stairs,” King said. “Louisville is going to love Dracula this year, it is a Halloween staple and a must-see!”

Students also come to the show as a field trip every year. Those who have an interest in horror, watch in excitement, and those who don’t, watch with caution.

“I remember going to watch the show during the eighth grade, I was so ready to sit in the front. Although my friend was holding onto me at different points in the show,” Shreya Solai (10, MST) said.

“DSC_7129” by Festival of Faiths on Flickr is licensed under CC BY 2.0. No changes were made to the original image. Use of this photo does not indicate photographer endorsement of this article. For the full license, click here.