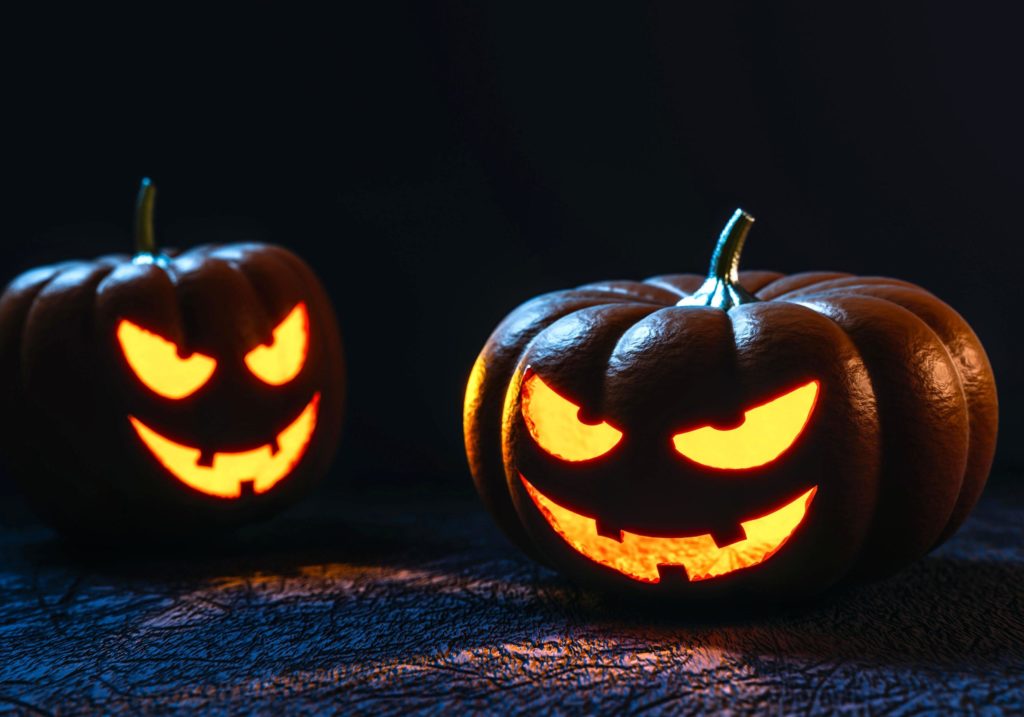 A photo of pumpkins. Photo is under public domain and is fair use.

Tonight, children across the world will wander the streets in the dark, dressed up in ridiculous costumes and asking strangers for candy. This, of course, is because they will be celebrating Halloween, a beloved celebration of the supernatural. Surely this endearing celebration is nothing but harmless fun for children, right?

Halloween is a dangerous and deceitful holiday that manipulates children into demon-worship and paganism. You’d think all the “scary” imagery of the holiday would clue more people in on this, but apparently most folk just blindly accept that Halloween is a good thing, because that’s what secular society tells them. Well, I’m here to tell you otherwise.

Time for a little history lesson. Halloween originates from a pagan, Celtic festival called Samhain. See? Paganism already, and we just started talking about the history!

Anyway, the Celts celebrated their new year on Nov. 1 and thought that Oct. 31 (Samhain) was a day when ghosts came to the land of the living to cause trouble, and that it enabled their priests to tell the future. So how did they celebrate this obviously terrifying day? By setting up a huge bonfire to burn sacrifices and dressing up in costumes made of animal skins in order to appease their pagan gods!

And we’re still not done with paganism! When the Romans conquered the Celtic lands, they merged their own, equally heathenish celebrations with Samhain. These were Feralia, in which the Romans celebrated their own dead, and the feast of Pomona, the Roman goddess of fruit and trees.

So if you’re counting, that’s three counts of paganism for Halloween! It’s a triple threat!

But of course, people will say that Halloween isn’t a pagan celebration anymore, and that you shouldn’t worry about it. Those people are wrong, and have either been brainwashed by the Satan-serving agents of so-called “secular” society, or are actively and intentionally participating in the doom of our youth.

Look around! The evidence is everywhere that paganism and demon-worship are abundant in Halloween celebrations. People wear costumes of pagan gods and the devil, not to mention all the decorations that depict witches, vampires, and other anti-Christian evils.

If you think your child can be exposed to all of this blatantly demonic material and not have it affect them, then you are sorely mistaken. As violent video games have proven time and time again, a child being in the general proximity of this kind of wrong-think irreversibly marks their soul. One moment your little boy is playing catch with you in the backyard, and the next he’s converting to Satanism and joining a coven!

Now, I don’t blame you if you didn’t know about the evils inherent in Halloween. The anti-Christian agents that manipulate our society have done a good job of normalizing these demonic celebrations. That’s why I’m here: to expose the hidden evils laced within our modern world, giving everyday people like you access to the truth. No need to thank me; I’m just doing my duty.

Now, you may be wondering, “what should I do, then, to keep my children safe from the unspeakable horrors of Halloween?”

Thankfully, Pope Gregory III gave us good, God-fearing folk an alternative to combat the Halloween menace. He moved the celebration of All Saint’s Day to Nov. 1, so that a holy day could counteract the demonic powers that were active the day before. So, if you don’t want your daughter to end up chanting prayers to some demon whose name sounds like someone gargling mouthwash, here’s what you need to do.

First, forbid your children from engaging in any sort of Halloween activity. I don’t care if they already have a costume, or if all their friends are doing it, it doesn’t matter. In fact, if their friends are celebrating Halloween, you need to also forbid them from being around those kids. Whether their parents are malevolent or just ignorant, it’s still not safe for your child to be around a kid who’s allowed to celebrate Halloween.

Secondly, have your children celebrate All Saint’s Day instead, by dressing up as a Saint and learning about the different saints throughout history. It may seem like some of the Saints were involved in some pretty gruesome stuff that children shouldn’t hear about, but it’s okay. The holiness of these people counteracts any disturbing imagery.

And most importantly of all, do NOT give out candy on Halloween. Those Trick-or-Treaters may seem cute, but that’s how they deceive you. Opening your door to them allows them to put demonic curses in your home, which could affect your children, even if they don’t directly participate in Halloween. If you don’t want to have to call an exorcist, then keep that door locked tight. Actually, you should probably call an exorcist after Halloween anyway, just to be safe.

Halloween is an incredibly dangerous trap set by the lying “secular” society in order to lure our children into evil practices. Don’t fall for it, and make sure to keep yourself and your kids safe this Halloween.

This article is satire, and is not meant to be taken seriously.