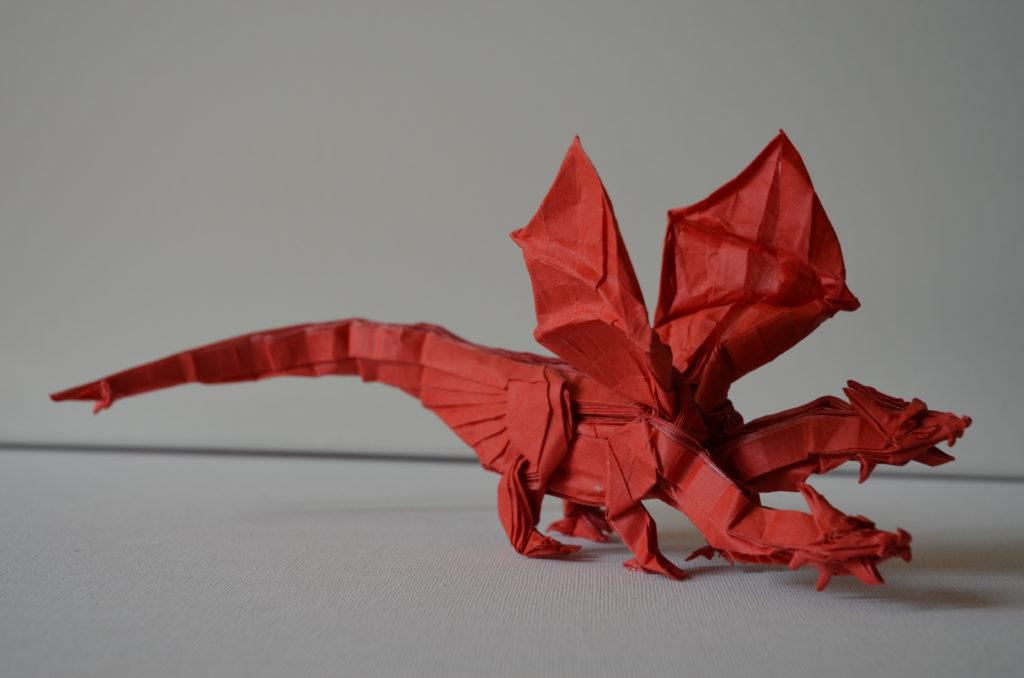 National Origami Day is coming up on Nov. 11. To celebrate the holiday, here are some things you didn’t know about Origami and some ways you can become an origami master.

Manual Students and Origami
Origami is the ancient Japanese art of folding paper. Some Manual students do origami in their free time.

Zayne Isom (11, VA) learned how to make a paper boat when she was young.

History of Origami
Origami is an old Japanese art of paper folding. When Japan first got paper from China in the sixth century, paper was a luxury and folding was only used for the most important ceremonies. Origami became a popular pastime much later during the 18th century.

Additionally, paper folding had developed in the 12th century in Spain. The Spanish called it papirioflexia.

From there, origami gained widespread popularity and eventually spread all over the world. Today, there are many forms of origami. Some people work intensively on crafting their models, while others may pick up origami as a hobby or to impress their friends.

Some people spend hours, days, weeks or years working on their origami creations. The results are often mind-blowing.

In early origami, instructions were often passed on orally. Eventually, artists began to use written instructions.

In 1954, a man named Akira Yoshizawa revolutionized written instructions when he came up with a system to make following the instructions a lot easier. He used dashed lines and arrows on diagrams to represent certain folds. A dashed line represented a different fold from a dotted line.

Today, YouTube videos have taken over origami instruction. Some people, however, feel an obligation to stick to the traditional written form and may feel as if it is cheating to use a video.

Forms of Origami
There are many forms of Origami. When origami was still young, people oftentimes cut their paper or used multiple pieces of paper for one model.

Today, people take pride in using only one sheet of paper without cutting it. Some scorn those who use scissors or tape in their models. Regardless, there are still many forms of origami. Some use multiple pieces of paper and some use scissors.

Traditional Origami: Traditional Origami is simply folding paper. Typically one starts with a square piece of paper which is colored on one side and white on the other. Arguably the most popular origami model is the paper crane.

Modular Origami: Modular means “many” or “multiple.” In modular origami, one folds multiple sheets of paper and then puts them together using flaps and folds to create a complete model.

Action Origami: Action origami is similar to modular origami in that it often requires multiple pieces of paper to be put together using folds. In action origami, the finished project’s main goal is to have shifting pieces. The model itself can change shape when pushed in the right ways. Perhaps the most popular model of action origami is the fortune teller.

Wet Folding: Wet folding is an advanced origami technique. In this type of origami, one uses water to wet the paper so it can be molded. This technique gives the model a smoother and more realistic nature. Artists primarily use it for animal models, in order to eliminate the sharp geometric creases.

Kirigami: Purist origami followers who didn’t believe in using scissors for origami deemed anything involving cutting “kirigami” rather than origami. In kirigami, the paper can be folded and cut rather than just folded. An example of a popular kirigami model is a paper snowflake.

What does origami symbolize?
Origami has long been seen as a peaceful and meditative art form. The crane has by far become the most symbolic piece of origami.

In Japanese culture, the crane is seen as an amazing animal. Fabled to live for 1,000 years, people hold cranes in high regard.

The paper crane symbolizes peace, health and longevity. There was a legend in Japan that if one were to fold 1,000 paper cranes, he or she would be granted one wish.

The feeling of peace attached to the crane came about due to a famous young girl. Sadako Sasaki was two when the United States dropped bombs on Hiroshima. She survived the attacks, but was exposed to dangerous radiation. Years later, doctors diagnosed her with leukemia.

She began folding cranes, hoping to get to 1,000 for the wish that would save her life. Unfortunately, she died after only folding 644 cranes. Her classmates took up the folding, and she was buried with a wreath of 1,000 cranes.

Sasaki became an important figure. She represented the death of innocents and loss of youth that war caused. Similarly, her crane came to symbolize peace and hope.

A few years after the Sept. 11 attacks, Sasaki’s family heard that some people had been leaving cranes on the fence near Ground Zero. The National Sept. 11 memorial and museum had thousands of paper cranes that Japanese students had donated.

Sasaki’s family was moved and they donated one of the cranes Sasaki had folded. Clifton Truman Daniel, the grandson of Harry S. Truman who ordered the 1945 atomic bombings, was there when Sasaki’s family donated the crane.

Daniel worked with the family to send Sasaki’s cranes to Pearl Harbor’s USS Arizona  Memorial, The Peace Library and the city of Okinawa.

Origami is a long honored tradition. To some, origami represents peace and calm in a time of chaos. To others it is simply a habit. Either way, it has brought joy to many for hundreds of years and continues to do so today.

“Two Headed Dragon” by Merlyn Barrer on Flickr is licensed under CC BY 2.0. No changes were made to the original image. Use of the image does not indicate photographer endorsement of the article. For the full license, click here.