Crimsons will butt heads with Bulldogs for second season game 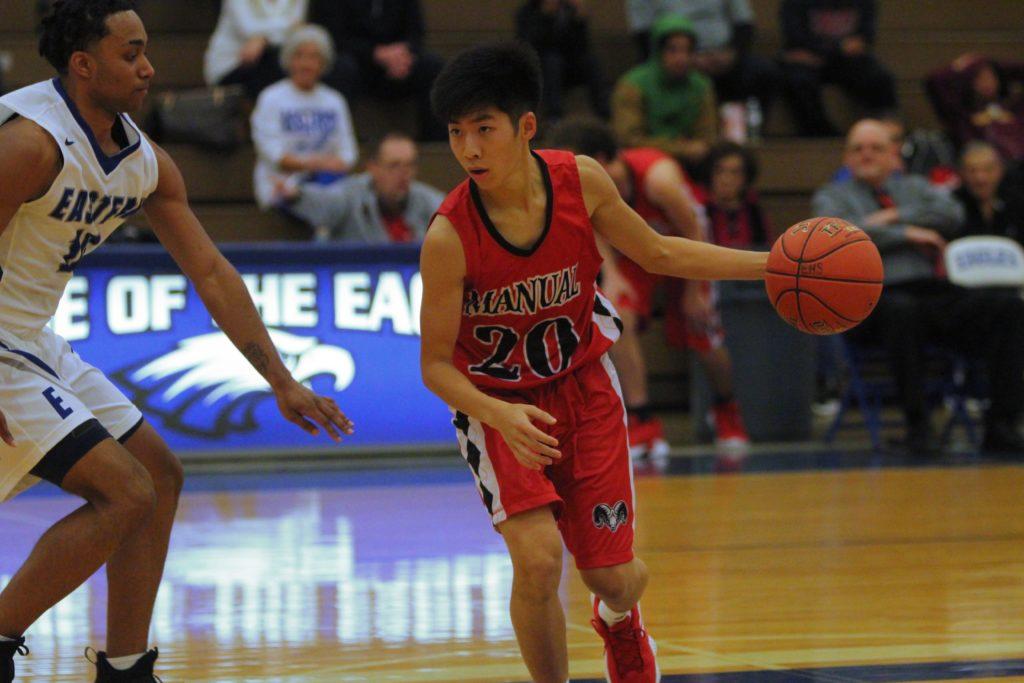 Louis Yang drives into the post against an Eastern defender. Photo courtesy of Riya Shah

Last week, the girls’ team lost their first game of the season to the Eastern Lady Eagles 54-63 while the boys’ team won their season opener 63-58 against Eastern.

Manual got away with a victory against Eastern despite only two players, Louis Yang (12, #20) and Parker Smith (10, #21), shooting three-pointers.

Expanding the floor and shooting the ball will allow Manual to do what they do best, score in the paint. Manual has an elite height advantage this year and will be key to spreading the floor.

Manual hit the boards hard last game, grabbing a team total of 29 rebounds. Using their height to their advantage to gain even more rebounds could be key to winning today’s game.

Manual’s unique team of strong, big and quick guards who make rebounds could be even more important. Crashing the defensive side and moving the ball up the court quickly will aid in defeating Male’s always athletic and ready team.

With 15 personal fouls and two blocks last game, Manual didn’t guard the paint efficiently. This might strategy might work against a shorter, less athletic Eastern team but it won’t fly when we’re matched against Male.

Cutting down on fouls and being smarter in the paint will allow the Crimsons to cut down some of Male’s wings and guards to defend the outside with confidence.
Who to watch
Crimson Eli Roberts (11, #24) is one to watch this season. Roberts scored a team high of 22 points on 67% shooting in the game against Eastern. Using his elite strength and size will be key for future Manual wins.

Parker Smith (10, #21), the athletic guard quietly put up 10 points and hit a three-pointer in their season opener. The shifty player continued to play with confidence and was key in Manual’s win against Eastern.