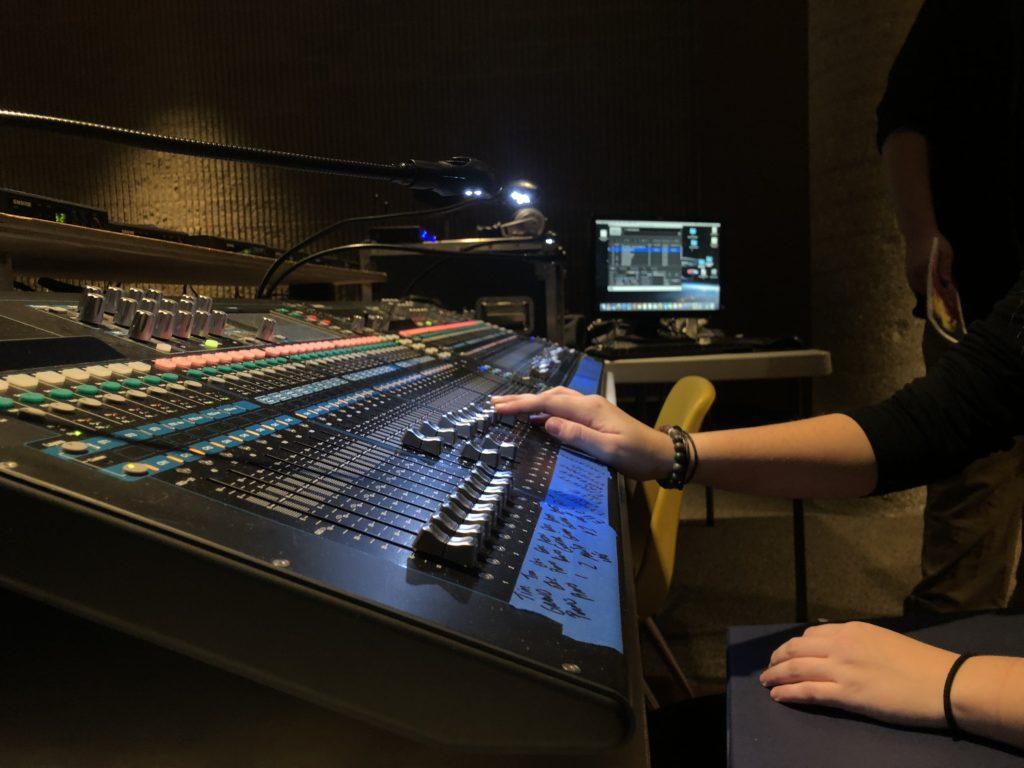 This post was submitted to Manual RedEye by Cesca Campisano (10, J&C).

The Youth Performing Arts School (YPAS) performed “Legally Blonde: The Musical” on Nov. 16, 17, 30 and today, Dec. 1. YPAS’ Design and Production (D&P) program plays as much a role as Elle Woods in the production.

Silent and wearing all black, moving pieces on and off stage, operating follow spotlights and running the sound and light boards, the “techies,” as they call themselves, execute the technical operations of the show.

“I like to think of it like the play can still go on without D&P, but we help make it come to life,” Abby Nash (11, YPAS) said. “We built the set, hung all the lights, made all the costumes, watched a lot of rehearsals so that we could memorize the play and [then] decided who would get what microphone,” Nash said.

Located on the far side of YPAS, D&P is one of the smallest programs at Manual, and one of the most labor-intensive.

“This year there are about 36 people in the entire program,” Brigid Harrigan (10, YPAS) said. “There are usually about nine to 11 students in each grade level, but last year the graduating class was thirteen people and this year the sophomore class only has seven people.”

Whether building and painting set pieces, designing and crafting the costumes or lights, D&P students spend hours making sure that the audience will love the production.

Most D&P classes take place during fourth block on both Red and White Days and each D&P student stays after school everyday until at least 5 p.m. to continue creating various aspects that make YPAS’ shows look professional.

“It makes me feel like I’m an integral part of the show,” Kelsey Broyles (12, YPAS) said. “It’s fun to be involved in the final product of what we put on stage.”