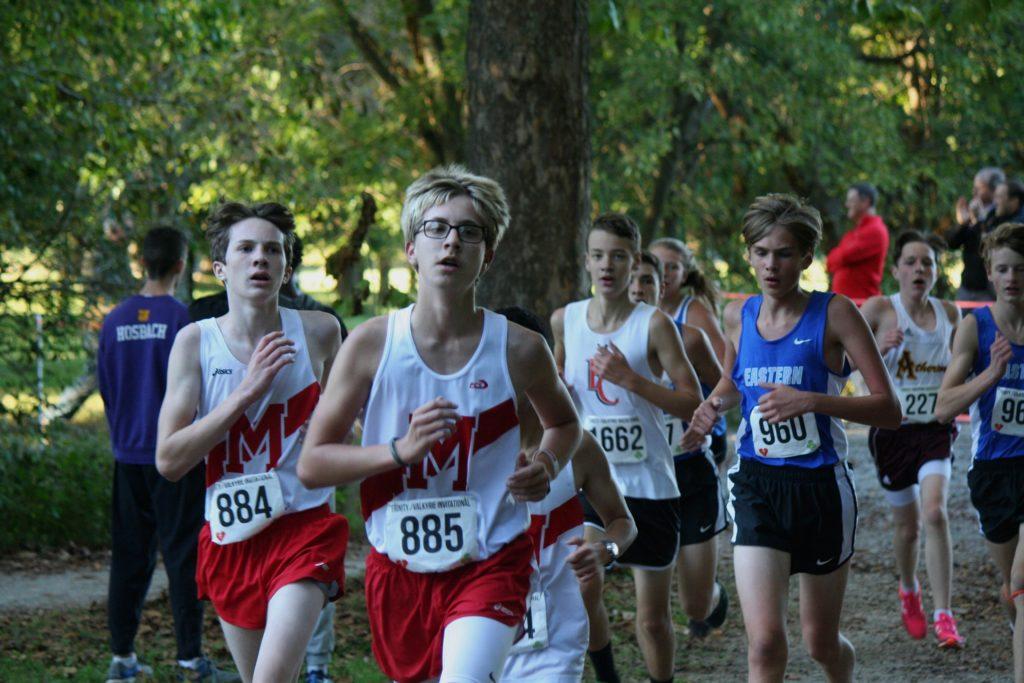 This post was submitted to Manual RedEye by Kate Benton (10, J&C).

The Cross Country team raced for top positions against teams across Jefferson County Public Schools (JCPS), with the girls taking first and the boys taking second, at the JCPS Championships meet on Oct. 23 at E.P. Tom Sawyer Park.

Three of the varsity boys runners finished within the top 10 as well.

“Even though I didn’t run my best today, it’s been such a good day because my teammates have done incredible today,” Parker Mindel (11, HSU) said, an 11th place finisher in boys’ varsity.

The team met the expectations held by their coach, Tim Holman (Social Studies), by making a podium finish in JCPS, which is a top four ranking.

In the state rankings, their position is even higher than those expectations.

The team this year has been progressing and maturing until the near end point of season, and many runners ran personal or season bests at the meet.

“I thought anything could happen, but by the end of the race, I just felt amazing and I thought my time was really well, so all my hard work seemed to pay off,” Natalie Milliken (10, HSU) said.

There are still meets to come following JCPS Championships, including Regionals and State.

“This meet is a preview of what regionals is going to be just because regionals is all of these schools, plus good competition, like St. X and Trinity, that aren’t JCPS,” Mindel said.

In these final moments of the season, the team is preparing for the coming meets.

“We don’t run to see where we are, we run to win,” Coach Holman said.