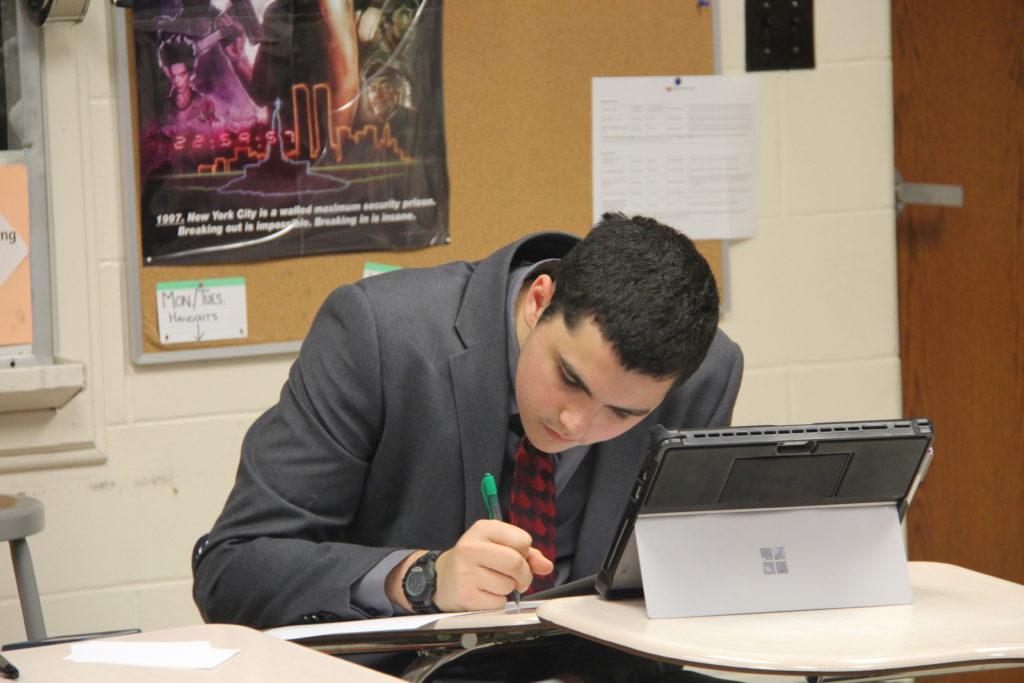 This story was submitted to Manual RedEye by Norah Wulkopf (10, J&C).

Dumbledore’s Army met to celebrate Harry Potter and the Chamber of Secrets and compete for house points through trivia games and scavenger hunts after school on Nov. 19 in Mr. Curtis’s room.

The objective of the scavenger hunt was to find and translate clues that described the location of the Chamber of Secrets and a magical object within it.

Slytherin won the scavenger hunt when it found a broken wand in the Chamber of Secrets. Gryffindor came in second, returning to Curtis’s room shortly after Slytherin with the Sorting Hat. Ravenclaw returned third with Fawkes, Dumbledore’s phoenix. Hufflepuff came in fourth by a 30 minute margin.

Trivia started when three of the four houses had returned from the scavenger hunt.

Players threw Acromantulas, the giant spiders over which Aragog was king, into cups with Harry Potter trivia questions in them.

“Last year we didn’t do much with Aragog and the Acromantulas, so we wanted to involve them more,” Rae Banks (12, VA), co-president of Dumbledore’s Army said.

All of the houses missed the first round. Slytherin correctly answered that Gilderoy Lockhart was the Defense Against the Dark Arts teacher during year two.

Gryffindor got points when it answered that Aragog is the king of the Acromantulas. Ravenclaw missed the cups again.

Gryffindor successfully recalled that Ginny describes Harry’s eyes as, “As green as a fresh pickled toad.”