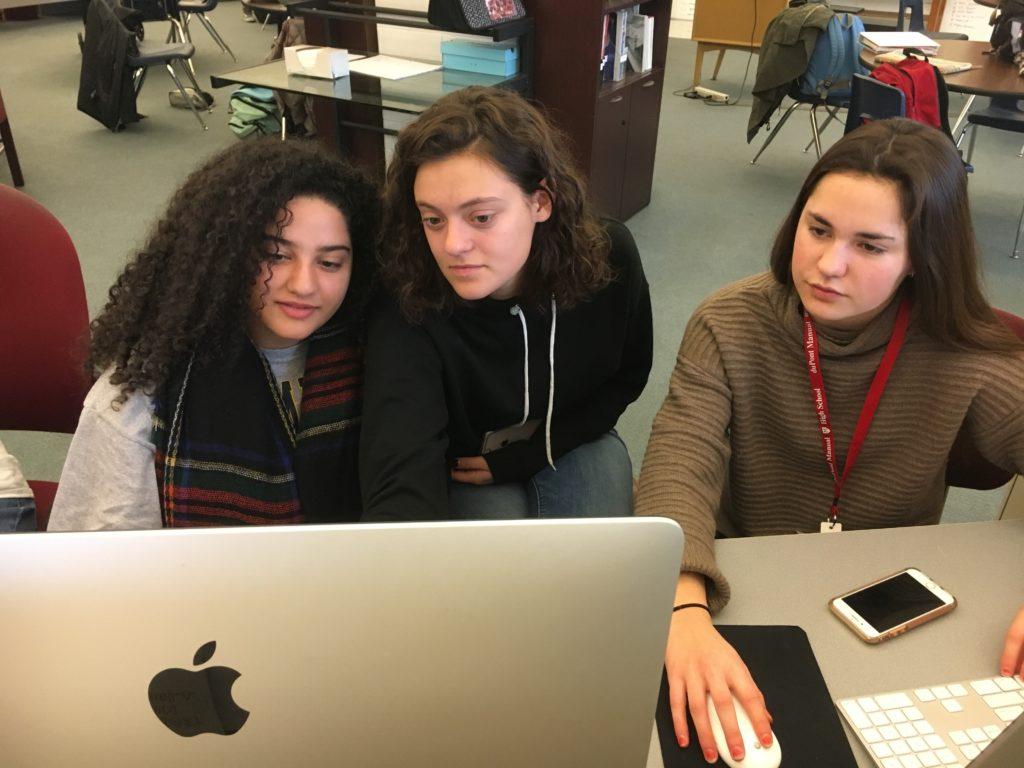 Among the several student-run publications at Manual is Z-Media, a student-led multimedia production publication. Within Z-Media is Z-Radio.

“Z-Radio is [a branch of the] Z-Media production team,” student producer E. Streeter (12, J&C) said. “Z-Radio is a radio show of student created content ranging from radio plays to podcasts to NPR-style pieces.”

Students are constantly creating independent radio segments that are put together to make a variety show that airs every Monday on 97.1 WXOX ARTxFM from 3-4 p.m. You can stream the show on ARTxFM and view the show archive on their website.

This year, episodes of the show have covered subjects like childhood fears, the Popelick Monster, immigration and the production of comic books. Each episode features interviews with members of the community to create a diverse and compelling show.

During the second half of the hour-long show is music students select to be broadcasted. The segment is called “Uneasy Listening” and is run by Streeter with input from the team’s adviser, Mr. Kristafer Abplanalp (J&C), and other student producers.

Because of the versatility of radio, there are not many parameters that come with the type of content students can and cannot produce.

“I really like how much freedom we get,” student producer Nicole White (12, J&C) said. “We really get to go our own way, we aren’t tied down to super strict deadlines.”

Some student producers are currently working on projects that involve archiving music, interviewing college professors or putting together favorite quotes from books.

“I’m working on a War of the Worlds style radio play,” Streeter said. “It is going to [intentionally] interrupt another segment [that I will create].”

In addition to creating their own radio show, student producers are excited about a class like Z-Media finally being offered at Manual.

“There’s no other class at Manual where you can just create content without any guidelines really,” Streeter said. “There’s nothing else like Z-Radio or Z-Media. It’s run for students by students and a lot of it is very relatable in that sense.”

Like their theme song says, you can listen to Z-Radio in the car, in your home or just so you won’t feel alone.

“Some of our live shows […] have been really student oriented and have taken into account the perspectives of our generation, so you can really hear your voice by listening to our show,” White said.

In the spring, the students will put together a film festival hosted at the Speed Art Museum. Stay tuned to Z-Radio’s social media @JC_ZRadio for upcoming details.

“Newsroom” by Alyson Hurt on Flickr is licensed under CC BY-NC 2.0. No changes were made to the original image. Use of the image does not indicate photographer endorsement of the article.