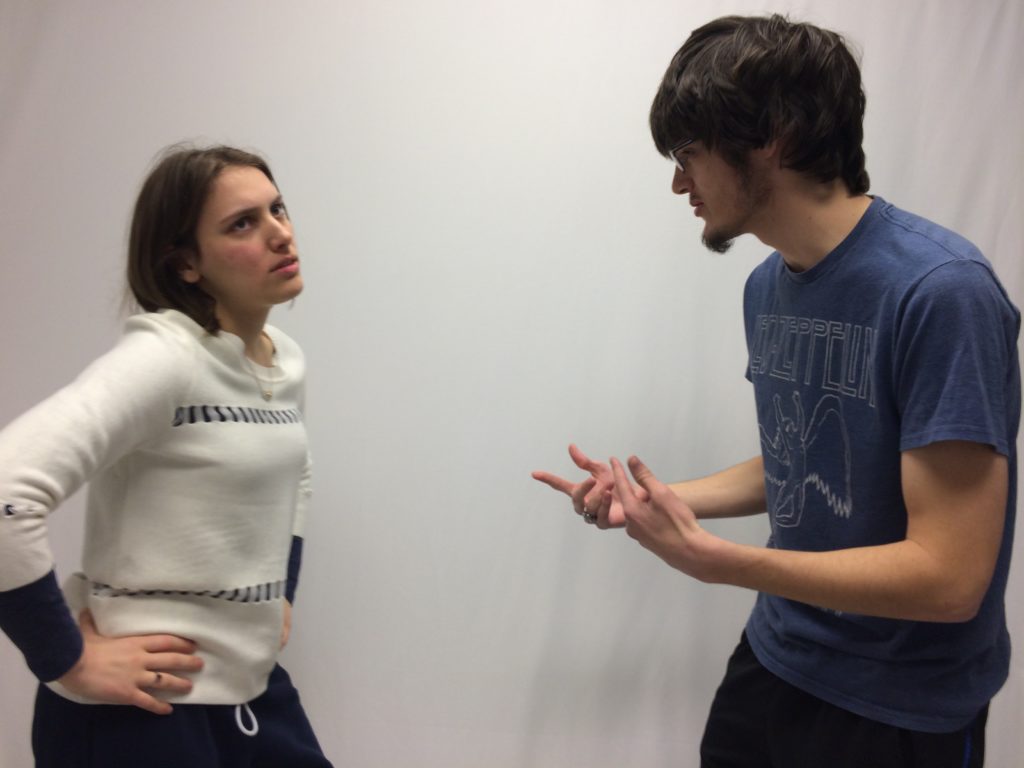 High school is the time when life-lasting relationships are formed and tested, and personal development is in a constant state of flux. Socially, the stakes are high and the pressure is on.

Given that teenagers are more prone to actions seen as ‘risky’, it’s no surprise that researches linked impulsivity and a ‘need for drama’. They created a scale and labeled it with the ‘Need For Drama’ (NFD) in order to measure a “compound personality trait in which individuals impulsively manipulate others from a position of perceived victimization”. However, even if you barely register on the scale, it can be hard to avoid any drama in high school. Use these tips to evade pointless conflict and stay sane.

Don’t talk about people behind their back, especially in public or the bathroom as you never know who might overhear. If there’s an actual problem, try talking it out with the person or people involved. Otherwise, try to keep it to yourself.
Consider your reactions critically; did what they do actually warrant your response? Were they intentionally hurtful? Is this a repeated pattern of behavior of theirs that needs to be addressed, immediately? And maybe the most important question, how will your reaction change or improve the situation or relationship? Also consider the environment and whether the issue is worth disrupting the peace over.
Automatically assuming negative intent can be detrimental to everyone involved, because it warrants a negative reaction from you and can often result in a misunderstanding turning into conflict. Assuming neutral intent is always a safe bet.

Don’t try to hedge in on other people’s situations. At best you’ll make the situation more complicated by involving more people, and at worst you’ll get dragged into the middle of things. Mediators get caught in the crossfire quite easily, and there’s a reason for the saying ‘Don’t shoot the messenger’.

Even in a confrontational atmosphere, try to keep your cool. Avoid escalating the situation. Attacking someone else’s personality is easier than attacking their argument, or even walking away, but it never helps to resolve things. Don’t use personal attacks or insults, and try to keep your volume, tone and body language calm.

4. Focus on the problem at hand

Many times in our lives we encounter an issue, and instead of trying to find a solution we prefer to complain about the bad situation and fixate on the negatives. Be direct and honest, stay on track and work your way through the root of the issue.

5. Don’t drag something out

Let there be an end to the argument, even if you dislike the resolution. You don’t have to forget, but try to forgive, because holding a grudge always hurts the holder more.
Instead of pondering why they would do that to you, or how they could act that way, realize one thing: The way people treat you often says more about them than it does you. If a friend consistently flakes out on you, it’s not that they don’t want to spend time with you, they might just be a flakey person. If your significant other cheated on you, don’t think about what you did wrong or what you could’ve done to get them to stay faithful. They cheated, and that’s the type of person they are. They probably would have cheated on any partner no matter who they were, and it just happened to be you.

If ‘I told you so’ is their favorite phrase and they only care about having the last word or proving everyone else wrong, evaluate if that toxicity they bring to your environment is truly worth having them in your everyday life.
Learn which people crave the attention that comes with a fight and go looking for trouble, and distance yourself.