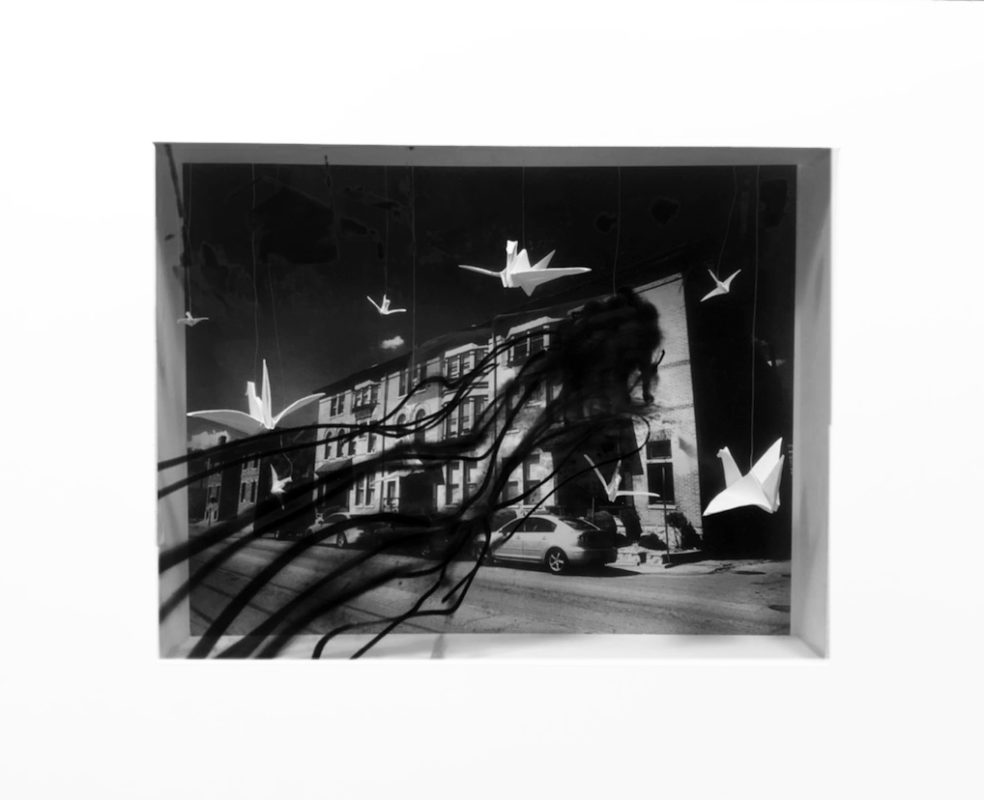 Students in Photography II put their latest shadow box assignment on display in the Kate Torp gallery on Dec. 3 and Dec. 4, assignments that will be part of their digital portfolios.

The students selected two different images: one on standard photo paper for the background layer and one on clear lith paper for the foreground that they put in a shadow box they constructed. The photo in the foreground is a negative, meaning the lights and darks are reversed. They then put objects in the middle of the box, usually consisting of lights.

Aven Patterson (12, HSU), a Photography II student, said that she had to “build a whole box and make it all line up and look good and make sure that the pictures actually match.”

“[The students] have to think about the way the two images relate to one another,” Wes Curtis, the Photography I and II teacher, said.

The Photography II students will digitally submit photo portfolios containing images of their shadow boxes to the Scholastic Art & Writing Awards, an organization from which Manual students earned 124 individual art awards during the last school year.

Curtis has assigned some version of the project since he discovered the lith paper about 10 years ago.

Curtis has students that feel the same way as about physical, three-dimensional projects.

Alyssa Pfitzer-Price (12, HSU), a Photography II student, said that she enjoyed creating the shadow box because she likes “making things by hand.”

This specific project, however, is reserved for Photography II students because the process is complicated and the materials are expensive.

“It’s a really technical process that not all of my ‘Photo I’ kids would be necessarily ready to take on,” Curtis said.

“[The assignment] was very daunting,” Patterson said, but she “had a lot of fun making it.”

The funding for this and other assignments comes from fee money for the class, but Curtis also sells film and photo paper to his students, making a small profit that goes back into materials for his classes.

The background of Pfitzer-Price’s shadow box is a photo of her sister. Though she took it for a photo montage last year, she was able to use it for her project this year.

The foreground is a photo of a star-shaped light Pfitzer-Price found.

Pfitzer-Price used colorful wooden sticks she glued to form the same pattern as the branches in the background and frame the subject in the middle of her box.

The foreground of Patterson’s shadow box is a long exposure of Patterson’s dog with lights attached, followed by cranes she made in the middle and a photo of buildings in the background.

“I can only make cranes in terms of origami, but I think they are just really beautiful,” Patterson said. “They’re just so peaceful.”

Though the elements of her shadow box are very different, Patterson believes they work together to make an interesting image.

“The lines kind of marry each other in different directions and I thought it would be a cool way to add some different contrast between the pictures,” Patterson said.

The shadow boxes will remain in the Kate Torp gallery for about two weeks.