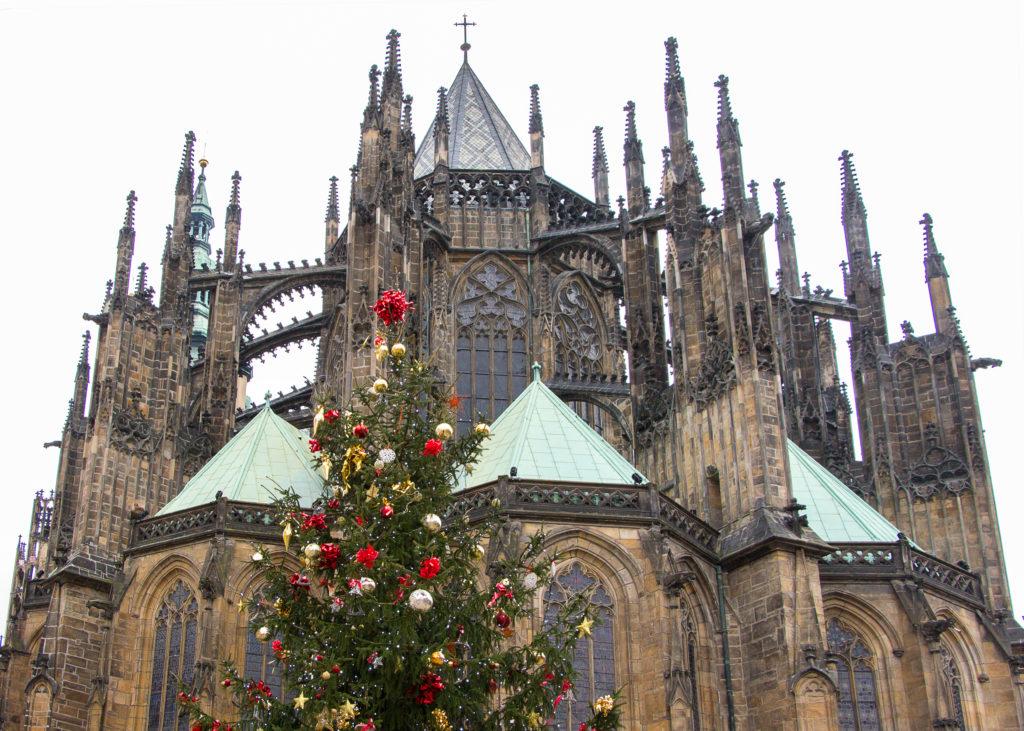 During Winter Break and the winter season, people all over the world are celebrating religious and cultural holidays with their family, friends and communities.

As a school with students of diverse backgrounds, we wanted to explore what each religion celebrates during the winter months and how the themes of the stories carry over to everyday life in the first installment of the Biblios 101 series.
Christmas: The birth of Jesus
Christmas is a Christian holiday, observed on Dec. 25, which celebrates the birth of Jesus of Nazareth, who Christians believe is the son of God.

In the Christian Gospel of Luke (Luke 2:1-20) and Gospel of Matthew (Matthew 1:25, 2:1-12), Mary is traveling with her husband, Joseph, to Bethlehem. Although Mary was a virgin, she had become pregnant through the power of the Holy Spirit. While they were in Bethlehem, Mary gave birth to Jesus. Because there was no room in the inn, Mary wrapped him in swaddling clothes and laid him in a manger, a sort of long trough, which horses and cows eat from.

Luke’s gospel says that angels appeared to shepherds in the fields, and told them that a messiah had been born in Bethlehem. The shepherds went into town and found Mary, Joseph and the baby Jesus and began praising God.

In Matthew’s gospel, we instead hear of “magi” that followed a star to Bethlehem, where they found the baby Jesus with Mary. The magi rejoiced and offered him gifts of gold, frankincense, and myrrh. The gifts of these magi is most likely the origin of the traditional exchange of gifts on Christmas Eve and/or Christmas Day.
Yule: The return of the sun
Before Christianity made its way to Europe, ancient Europeans celebrated the winter solstice with a spiritual holiday called Yule. Also called Yuletide or Juul, Yule begins on Dec. 21 and continues through the beginning of January.

Yule celebrates the end of winter, and the return of the sun. Winters in northern Europe were especially cold and hostile, making it impossible to grow crops during the season. Many cattle were killed during the winter so that they wouldn’t have to be fed. The return of the sun meant that it would soon be warm enough to grow food again, and was celebrated with feasts, as well as various festivities and traditions.

One Yule tradition was found in Celtic cultures. Druids, Celtic priests, would go out into the forests looking for mistletoe plants growing on oak trees. They would then cut down the mistletoe, a symbol of life during the harshness of winter, bless it and then hang it on their doors for good luck.

Another tradition comes from Scandinavia. When it came time to celebrate Yule, Norse fathers and sons would go out and find large logs in the woods. They would then bring the logs home and burn them, hosting a feast until the log burned out.
Bodhi Day: The enlightenment of the Buddha
Bodhi Day is a Buddhist tradition that celebrates when Siddhartha Gautama achieved enlightenment and became the Buddha. The holiday falls on Dec. 8, although some Buddhist sects instead use the Chinese calendar to determine when Bodhi Day will be. This year it will fall on Jan. 13.

Siddhartha Gautama was born as a prince, but he decided to leave his life of luxury after he saw the suffering of other people. He searched for years in an attempt to understand mankind’s suffering, but was unable to find satisfactory answers to his questions.

Eventually, he sat down under the Bodhi tree (a sacred tree of the family Ficus religiosa), and vowed not to get up until he found the truths that he was looking for. He stayed under the Bodhi tree for days, battling the temptations of a demon named Mara. After great meditation and struggle, Siddhartha Gautama found the answers that he was looking for and became enlightened. In that moment, he became the Buddha.

Bodhi Day is celebrated in many different ways. Some Buddhist families display a tree from the family Ficus religiosa in their homes, decorating it with multicolored lights. Some will also put three reflective ornaments in the tree to represent the Three Jewels: Buddha (dedicating oneself to achieving enlightenment), Dharma (the unmediated Truth and the teachings of the Buddha) and Sangha (the spiritual community). Other Buddhists choose to observe Bodhi Day by spending it meditating on the life of the Buddha.
Kwanzaa: Honoring African heritage
Despite the popular belief that Kwanzaa is related to a religion, it is “a celebration of family, community and culture.” Each year, Kwanzaa is celebrated internationally from Dec. 26 to Jan. 1. The holiday stresses African history, family, values and community which comes from the name “Kwanzaa.” The word has roots in the Swahili phrase “matunda ya kwanza” which translates to “first fruits.”

Each day of the week long celebration represents one of the seven principles of African philosophy:

At the end of Kwanzaa on Jan. 1, people who celebrate often reflect on their year. African tradition denotes that they should reflect on their personal struggles and their hopes for the new year.
Hanukkah: Rededication to the second temple
This year, Hanukkah was celebrated by Jewish people from Dec. 2-10. Sometimes spelled “Chanukah,” it commemorates the escape from oppressive Greeks and the creation and rededication to the second temple of Jerusalem. Hanukkah is one of the few holidays not mentioned or alluded to in the Bible.

Instead, the story’s origin comes from the first and second books of the Maccabees. After the Syrian-Greeks attempted to make the people of Israel follow their Hellenistic culture and customs, Judah, a Maccabee, gathered a group of Jews to fight against them. At the end of the three year war, the group had reclaimed their temple and were in turn, given the right to practice their religion.

Similar to Kwanzaa, Hanukkah celebrations always include a candle holder that represents hope. In the Jewish Talmud, the celebration is called the “festival of lights.” The candle stick, called a menorah, is used to hold nine candles one of which is the shamash and is used to light the other candles.

One candle is lit each night of the celebration so by the end of the eight days, the menorah is full. Often on the first night, a rabbi or hebrew-speaking member of a family will read the following prayer: “blessed are you, lord our god, king of the universe, who has granted us life, sustained us, and enabled us to reach this occasion.”
Pancha Ganapati: The family festival of giving

In 1985, Satguru Sivaya Subramuniyaswami created Pancha Ganapati so that Hindus could participate in winter holidays without compromising their beliefs. It is celebrated each year from Dec. 21 until Dec. 25 so that family members can have time dedicated to mending past mistakes in the eyes of Lord Ganesha, the elephant-headed lord of culture and new beginnings.

Throughout the celebration, family members create a shrine for prayer. Each day, children will decorate the Lord Ganesha or other religious statues in the color of the day.

On the first day of Pancha Ganapati, the statues are draped in yellow which represents mending relationships and mistakes with immediate family. The next day is associated with the color blue and forgiveness is extended to neighbors, relatives and close friends. The third day is for celebrating work colleagues or other public figures and is identified by the color red. The fourth day is a celebration of Hindu art and culture and is commemorated with the color green. On the final day, Hindus wear orange and receive sadhana, a means for accomplishing something, from the Lord Ganesha.

“St. Vitus Cathedral at Christmas” by Jan Fidler on Flickr is licensed under CC BY 2.0. No changes were made to the original image. Use of the image does not indicate photographer endorsement of the article.