Things to watch in this year’s Kentucky General Assembly 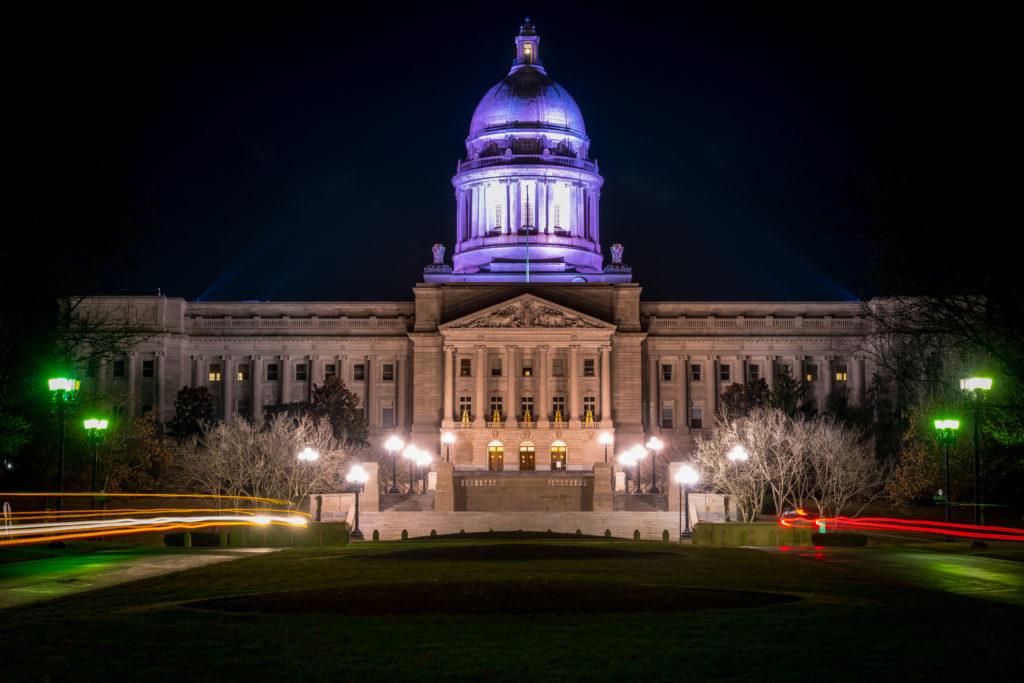 The Kentucky General Assembly opened on Jan. 8 for an organizational session where new members of both the state’s Senate and House were sworn in and shown their offices.

Despite midterm elections swaying the control of the United States House to the democrats, the GOP continues to lead both the House and the Senate in Kentucky creating a stronghold for republican legislation.

The assembly will reconvene after their three week break on Feb. 5 to finish the 30 day regular session. With several unsolved issues carrying over from 2018, the GOP wants to focus on wrapping up key issues before the gubernatorial election on Nov. 5.

Pensions
Earlier this week, lawmakers formed the Public Pensions Working Group in an effort to organize a group of fresh eyes and minds to address Kentucky’s growing unfunded pension system. The Courier Journal reported that among the eight different retirement plans throughout the state, the “plans are saddled with $42.7 billion” in debt obligations.

In short, for the past several years, Kentucky government officials have not set aside enough money to fund pensions across the state. Teachers, police officers and other citizens working in the public sector rely on their pension funds as a safety net for when things go south, retirement, future spending and other investments.

While politicians are aware of the issue at hand, republicans in the past did not want to cut state spending or raise taxes and instead proposed a bill that would have placed teachers on a hybrid 401(k) plan. The bill was later struck down by the Kentucky Supreme Court on unconstitutional passage.

Many believe that this year’s session of debate in regards to pensions will be focused directly on taxes. Because the pension crisis began with an old faulty tax system and the practice of directing funds to other parts of the government, Kentuckians believe that “revenue-raising tax reform will be needed to solve pension problems,” according to the Lexington Herald-Leader.

Lawmakers want to use this year’s session to make changes to bail systems and create more opportunities for drug treatment. 2018 saw a rise in the opioid epidemic and other drug-related crimes, making it is possible that this year, hundreds of low-level offenders will be released early.

Marijuana
The Kentucky legislature is split on the legalization of medical and/or recreational marijuana. While those in favor of legalizing the drug argue that it can be used strictly for medical purposes to treat chronic pain and anxiety, the opposition believes that it acts as a gateway drug for addictive substances like heroin.

Other arguments for legalization include the possibility of an increase in state revenue which could be used to fund state projects and could even affect the proposed criminal justice reform.

Abortion
As a republican controlled state, abortion is one of the most complex and partisan debates in Kentucky. Across the nation, only 36 percent of Republicans believe that abortion should be legal in all or most cases compared to 76 percent of Democrats according to a Pew Research Center study.

Typically, Republicans are strict constitutionalists who argue that the Declaration of Independence’s clause that outlines the principles that “all men are created equal […] with certain unalienable rights, that among these are life” is applicable to both the born and unborn.

Charter schools
In 2017, Kentucky became the 44th state to allow for the existence of publicly funded but privately owned charter schools.

Proponents at the time believed that the creation of charters provided innovative opportunities for students and they even agreed that the schools would bring more competition to the state’s education field. Opponents had several questions during the 2017 session about the funding of the schools and are planning to work out such issues this year.

House bill 14: “an act relating to public charter schools [… that specifies that] the Kentucky Department of Education shall establish, direct, and maintain a statewide program of professional development to improve instruction in public schools.”

School safety
Last year on Jan. 23, two students were killed and 18 were injured in a shooting at Marshall County High School. Nearly a month later, 17 high school students were shot and killed in Parkland, Florida on Feb. 14. Both shootings sparked debate in Frankfort and school safety is a priority for the legislature in 2019.

Kentucky Gov. Matt Bevin has been vocal about ideas for putting an end to school shootings by advising “parents [to] stop over-medicating their children and steer[ing] them away from cell phones and violent video games,” according to WFPL.

However, lawmakers on both sides are planning to present bipartisan legislation in an effort to address school safety.

Senate Bill One: “an act relating to school safety [… that specifies that] the General Assembly […] authorizes the establishment of the Center for School Safety.”

Sports betting and other gambling
Just like the legalization of marijuana, lawmakers and state leaders believe that the creation of casinos in the state will provide more revenue to fund state projects and to funnel money into the failing pension system.

It is also no secret that Kentuckians enjoy horse-racing and basketball. Lawmakers are looking to making sports betting another opportunity for Kentuckians to help fund debt obligations instead of raising taxes.

“Kentucky State Capitol” by Don Sniegowski on Flickr is licensed under CC BY-NC-SA 2.0. No changes have been made to the original image. Use of the image does not indicate photographer endorsement of the article.