OPINION: Trump should face serious consequences for his actions 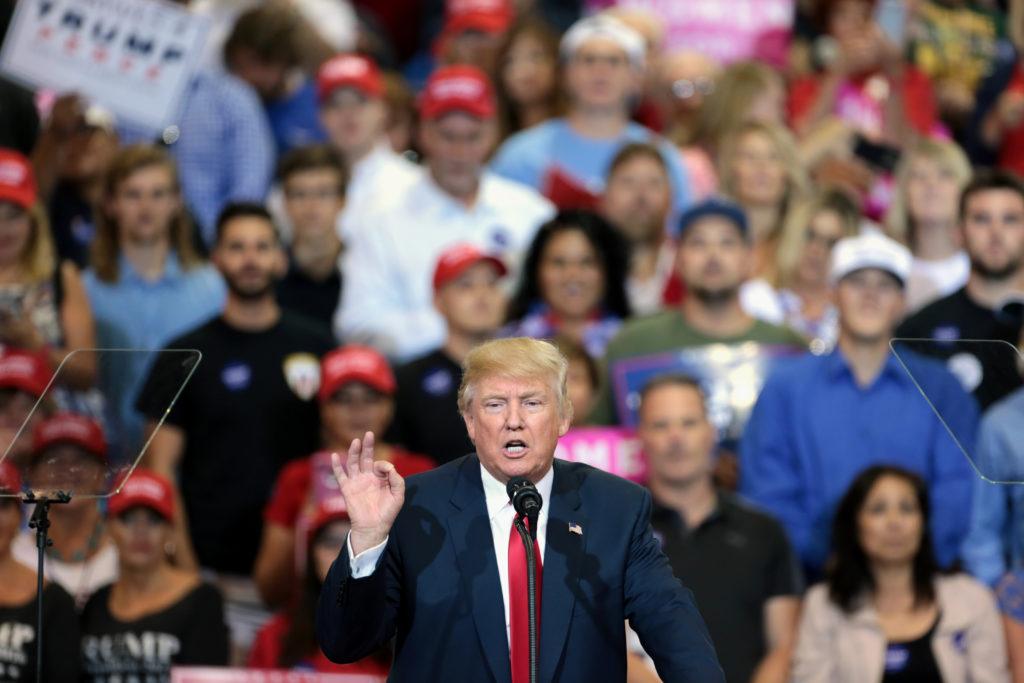 Two years ago today, on Jan. 20, 2017, President Donald J. Trump promised the American people that he would “faithfully execute the office of President of the United States” and “preserve, protect and defend the Constitution.”

As we enter the third year of his presidency, with investigations in progress about Russian collusion in the 2016 election and possible impeachment looming on the horizon, the American people need to keep in mind the implications of his past actions and their relation to national security and the integrity of the office of the President of the United States. Trump has failed to hold up his end of the bargain and must face impeachment.

I want to make it clear that this is not an act of partisan politics — this is right from wrong, moral from immoral, justice from injustice. This is personal. I was born in 2001 into corrupt politics but I see this as an opportunity to fix our system.

With new House leadership and serious accusations of misinformation, lies and corruption brought onto the president and the advisors who he surrounds himself with, impeachment is possible on the following grounds:

Interference of investigations and/or obstructing justice
Traditionally, the act of obstructing justice is “the federal crime of ‘corruptly or by threat, or force’ trying to influence, obstruct, influence or impede the due process of justice,” according to The Hill. Many law experts have explained that Trump’s firing of Federal Bureau of Investigations (FBI) Direct James Comey was the perfect example of stepping in the middle of an ongoing investigation which is, by definition, due process of justice.

While obstruction of justice is often more difficult to prove than other impeachable offenses like treason and bribery, the differences in reasons behind Comey’s dismissal told to the press by members of Trump’s administration and Trump himself raise eyebrows.

At first, White House officials announced that Trump was instructed by Attorney General Jeff Sessions to fire Comey. Later, Trump reframed the statement and disclosed that he had made the decision to fire Comey before he was given the recommendation. In addition, the story changed on why the president removed the director. The story was first framed as a failure of leadership at the FBI but slowly changed into a test of loyalty.
Demonizing the press
As the leader of the free world and as the protector of the United States Constitution, Trump’s attitude toward the press is unacceptable. The Los Angeles Times reported that “the president’s escalating assault on the free press is part of his broader effect to weaken our democracy for his own political and personal gain.”

His categorization of the press as the enemy of the people disrupts the purpose and importance of the fourth estate. Trump spent parts of his campaign and now, some of his years in office at attempting to discrediting the press. Professional journalists are just beginning to understand that Trump has the public’s ear, and when he tells them a source is untrustworthy, they listen — which is a sentiment that is more than concerning.
Violation of the Emoluments Clause
Trump’s violations of the Emoluments Clause, which outlines how “no person holding any office of profit or trust under them, shall, without the consent of the Congress, accept of any present, emolument, office, or title, of any kind whatever,” is a repeated offense.

Throughout his first two years in office, Trump continuously affiliated himself with his property and golf empire, despite announcing early into his term that he would turn over the business to his two sons.

Last year, a federal judge ruled that democratic members of Congress could sue the president “over claims he violated the emoluments clause […] regarding his business with foreign governments,” according to The Hill. As pointed out in previous impeachment editorials by Manual RedEye, not only is Trump’s affiliation with his own businesses a violation of the Constitution, it is a serious conflict of interest.
Advocating for violence and undermining equal rights
Since the events in Charlottesville, Virginia, Donald Trump has not been shy about expressing his discriminatory viewpoints and ideologies. But similar to obstruction of justice, advocacy for violence is hard to definitively prove.

However, his ignorance to creating and sustaining equal rights is still plaguing America. He has shared anti-Muslim content over Twitter, made fun of disabled reporters, called Native American members of Congress “Pocahontas,” attacked protestors and has dehumanized minorities. His actions go directly against the things that he has promised to protect for all people in the United States.
Cabinet turnover that threatens decision making
Defending his rising numbers of record cabinet turnover, President Trump believes that “there will always be change,” and he wants to “see different ideas,” according to a report by the National Public Radio. Though this is a reasonable explanation for the constantly changing staff in the White House, it is damaging Trump’s ability to make crucial decisions.

As the only modern president to take office with no political experience, Trump needs advisors with past experience to assist him in making foreign policy deals, legislative proposals and military decisions in order to “faithfully execute” the duties the position demands. By tolerating that his White House continue to operate with several vacancies, he has allowed the government to run amok.
Lack of office integrity
While all of the previous conditions and/or means of impeachment include some sort of legal precedent or Constitutional reference, maintaining the integrity of the office of the President of the United States of America is simply a necessary ceremonial rite of passage.

In the first section of President Richard Nixon’s articles of impeachment, the Judiciary Committee wrote that “Richard M. Nixon has acted in a manner contrary to his trust as president and subversive of constitutional government, to the great prejudice of the cause of law and justice to manifest injury of the people of the United States.”

The Washington Post reported in November 2018 that on average, the president made 30 false statements a day in the seven weeks leading up to the election and then about five a day in the first nine months of his presidency. Totaling 6,420 false statements in the first two years. He’s not just disrespecting the people he ultimately promised to protect, he’s disrespecting the office.

It’s not only about protecting the future of the job but making sure that the information coming out of the White House is credible. Whether impeachment happens or not, Donald Trump’s presidency begs the question of, what standards will we hold the future president accountable to?

“Donald Trump” by Gage Skidmore on Flickr is licensed under CC BY-SA 2.0. No changes have been made to the original image. Use of the image does not indicate photographer endorsement of the article.