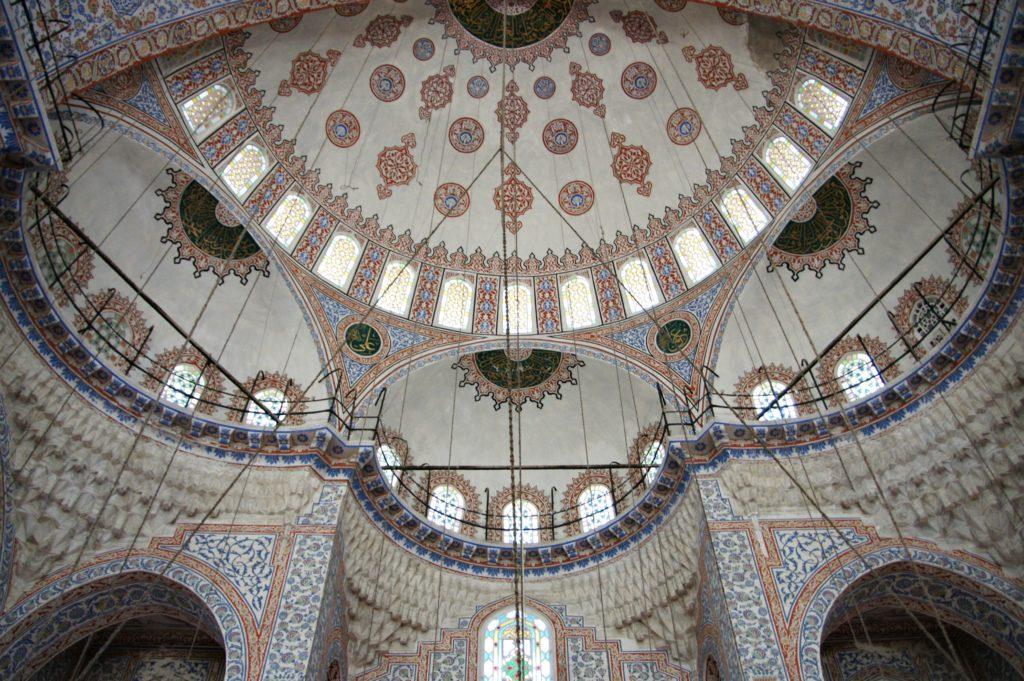 Judaism
Judaism actively teaches against the idea of any one race being superior. In the Talmud, it states that all of humanity originated from a single set of parents, and that “this was done due to the importance of maintaining peace among people, so that one person will not say to another: My father, i.e., progenitor, is greater than your father” (Sanhedrin 37a).

Despite this, Judaism still struggles with racial equality and acceptance in some communities. These issues are especially prominent for black Jews, who often report feeling unwanted or untrusted in certain Jewish communities.

Yet these difficulties don’t discredit the fact that Judaism, in its teachings, is very accepting of all people. Many Jewish communities have been involved in campaigns to celebrate diversity within the religion, trying to reverse the historic racial divide and embrace all people who are, or want to be, Jewish.

At the end of the day, Jewish teaching states that all human beings are God’s people, and that there is no superior race. In the words of the Jewish prophet Malachi, “have we not all one father? Has not one God created us? Why should we betray, each one his brother, to profane the covenant of our forefathers?” (Malachi 2:10).
Christianity
There are lots of places in the Bible where it suggests, if not outright states, an opposition to racism. Arguably the most famous of these instances is found in one of the Epistles in the New Testament, which states, “there is neither Jew nor Greek, there is neither slave nor free person, there is not male and female; for you are all one in Christ Jesus” (Galatians 3:28).

Throughout history, however, some groups have used Christianity has been used to justify racism and slavery.

Genesis 4:10-15, we hear of God punishing Cain for killing his brother, Abel. God puts “a mark” on Cain during this passage Similarly, in Genesis 9:25-28, Noah puts a curse on his grandson Canaan, the son of Ham. Some racists claimed that these passages referred to black skin, and that Africans were descendants of these cursed Biblical figures, making them inferior. Christian defenders of slavery also claimed that Colossians 3:22-25 endorses slavery, because the passage instructs slaves to obey their human masters.

Despite these instances of the people using the Bible to justify racist ideologies in the past, today most Christian denominations actively teach against racism. Referencing passages like John 13:34, contemporary Christian teaching tends to promote love and equality between all people. In 2017, the United States Conference of Catholic Bishops even established an Ad Hoc Committee Against Racism, with the goal of addressing racism in society and in the Church.

While it may have a troubled past, the teachings of Christianity are against racism and bigotry. Ultimately, Jesus calls his followers to “love your neighbor as yourself” (Matthew 22:39).
Buddhism
Within the Sutta Nipata, one of Buddhism’s many verse-based scriptures, several of its stories have led historians to believe that brahmans living at the time of the Buddha wanted to define the role of the self while the Buddha wanted to find the solution to end world ailments while adopting cultural collective thought.

The teachings of Buddhism go into great detail in the Sutta Nipata and other texts as to why humans cannot and should not be judged or reprimanded on anything but their actions instead of economic class, gender, occupation, illnesses or even race.

One of the many translators of the book, Thanissaro Bhikkhu, told Tricycle, a Buddhist educational organization, about one of his favorite passages from another book of scripture called the Vasettha Sutta.

He explains how “with common animals, you know the animal by its markings, whereas the same standard doesn’t apply to human beings: There’s no physical mark that tells you whether a person is trustworthy or not.”

While the teachings of Buddhism are strictly about promoting collectivism, interdependence, compassion and respect, some are worried that their faith is being white-washed. Because Buddhism is one of the fastest-growing religions, history of racial and ideological oppression in the United States has begun to unsettle some of the religion’s leaders and followers.

In 2016, HuffPost reported that “[a]lthough some practitioners have been asking for more ethnic and cultural diverse body of teachers, the vast majority of Buddhist teachers who teach in English remain white.”
Hinduism
Like most religions, Hindu belief surrounds the idea that there is one creator. In the epic poem, Bhagwad Geeta, the four divisions of human society and social order are described as being created in the image of God: Brahmins, Kshatriyas, Vaishyas and Shudras.

While creating categories seems like it would be divisive among races, they’re based on modes of feelings toward a society, specifically economic status, versus physical characteristics. Some have linked the division to India’s caste system.

In addition, traditional Hindu belief discusses the process of reincarnation which requires all beings to have kind thoughts and deeds throughout their life that benefit their family and community so that they may return to the earth as something of and with value. Similar to Buddhism, the process, or one’s karma, is based on their previous actions instead of physical characteristics.
Islam
The Quran and Allah outwardly express their disdain for racism and oppression.

Allah tells his followers that the diversity of life is a sign of his greatness and lessons of humanity, equality and an appreciation of differences should be taken away by all Muslims.

Among one of the very first sections of Islam’s holy book is the first instance of a written opposition to hate.

It reads “he it is who has brought you all into being out of one living entity, and has appointed for each of you a time-limit on earth, and a resting-place after death. Clearly indeed, we have spelled out these messages unto people who can grasp the truth” (6:98).

Later in the book, after a story about the widespread affect of Allah’s creations, the book writes that “he creates you out of dust, and then, behold! You become human beings ranging far and wide!” (30:20).

“Istanbul (Turkey) – Sultan Ahmet Camii (Sultan Ahmed Mosque)” by Jaime Silva on Flickr is licensed under CC BY-NC-ND 2.0. No changes were made to the original image. Use of the image does not indicate photographer endorsement of the article.