BHM: What movies the LFPL will play during BHM 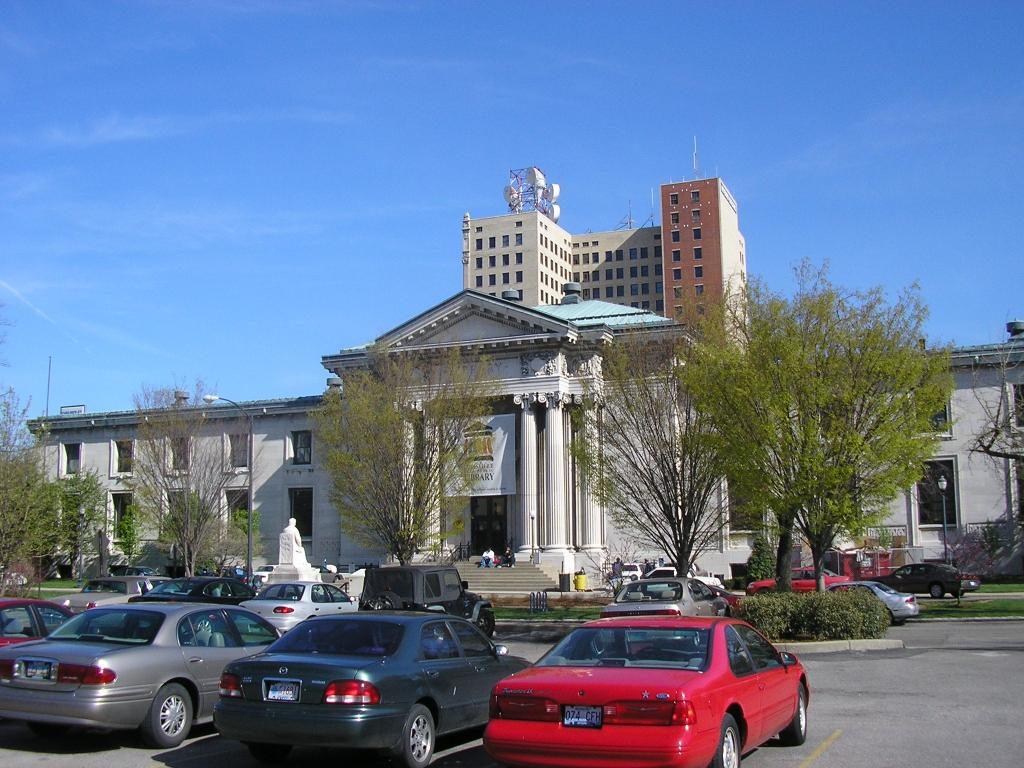 For every Sunday this month, the Louisville Free Public Library’s (LFPL) main branch will host free showings of movies that showcase black history, culture and figures. The movies will play at two p.m. and are free to the public but a registration is required which can be found on the LFPL’s website. Here’s what is scheduled for the upcoming Sundays.
Feb. 10: Moonlight
Based on the book “In Moonlight Black Boys Look Blue” by Tarell Alvin McCraney, “Moonlight” tells the story of Chiron (Ashton Sanders), an African-American, gay man through three stages of his life as he grows up in Miami. The movie centers around his internal conflict with identity and sexuality and how the community he grows up with helps him through these struggles.

“Moonlight” was the first movie with an all black cast and the first LGBT+ film to win the Oscar for best picture, which it won in 2017. In addition, Mahershala Ali won an Oscar for Best Supporting Actor and writers Barry Jenkins and Tarell Alvin McCraney won an Oscar for Best Adapted Screenplay. The movie received praise from multiple reviewers including the New York Times considering it “twentieth-best film of the 21st century so far.” With the success of the film, it’s no surprise the LFPL will be showing it this month. This movie is rated R with a run time of an hour and 55 minutes.
February 17: Black Panther
The next movie playing will be Marvel’s “Black Panther” which was originally released in theaters on Feb. 16, 2018. The movie centers around T’Challa (Chadwick Boseman), the prince of Wakanda, as he returns home to take his place as king after his father is killed. Not long after he is crowned though, Killmonger (Michael B. Jordan) challenges him for his title as both king and Black Panther putting both him and Wakanda at risk.

The movie broke multiple records including highest grossing movie with a black director and was the second highest grossing movie of 2018 just behind “Avengers: Infinity War.” Both the movie and soundtrack have received praise and been nominated for multiple awards including Grammys and Oscars this award season. This marks the first time a comic book movie has been nominated for best picture. The movie’s research into African nations shines through in this movie, allowing it to showcase the beauty and diversity in African culture.
February 24: 13th
Unlike the previous movies, “13th” is a documentary that discusses racial discrimination in the United States and mass incarceration with the modern legal system. Using facts and footage from inside prisons, the documentary points out the injustice in race and how there is an overwhelming population of African-Americans in prisons.

“13th” was nominated for a multitude of awards including Best Documentary Feature at the Oscars in 2017 and won three Emmy Awards including Outstanding Documentary or Nonfictional Special. The movie was written by Ava DuVernay but interestingly enough was filmed and produced in secret. The only announcement of the film was when it opened the 2016 New York Film Festival making it the first documentary to open the festival. If you can’t make it to the library on this day, there’s no need to worry as the film is also available on Netflix.

If you are unable to attend the showings of these movies, there are still chances for you to watch them at home. The LFPL has a partnership with the streaming service Kanopy. With a library card you can watch “Moonlight” there and Netflix has both “Black Panther” and “13th.”

Feature Image Citation: “Louisville Free Public Library” by Retired username on Wikimedia Commons is licensed under Creative Commons Attribution 2.5 Generic. No changes were made to the image. Use of this photo does not indicate photographer endorsement of this article.