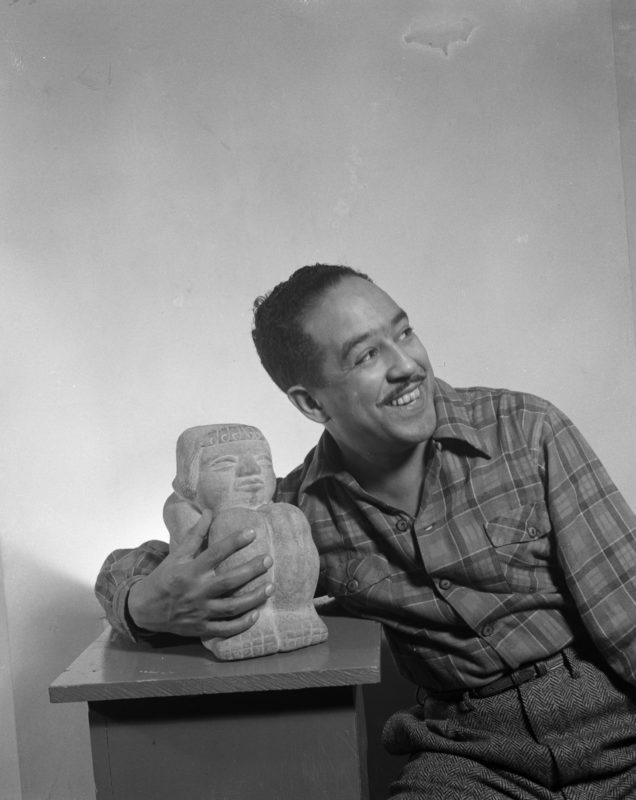 Black History Month is a time to remember black individuals who have shaped the world but who’s stories remain untold, or even erased. None more so than the people of the LGBT+ community. These are a few more of history’s most iconic queer people.
Langston Hughes
Langston Hughes was a poet, writer and activist active during the Harlem Renaissance in the decades after the Great Depression. His first novel won the Harmon Gold medal for literature. Hughes wrote unpublished love poems to a man, traveled with a gay partner in the Caribbean and kept in contact with another man for decades, even writing poems to him- “I loved my friend,” one states.

In 1986 Audre Lorde (covered in Black Queer Icons part 1) wrote “When you read the words of Langston Hughes you are reading the words of a Black gay man.”
Essex Hemphill
Essex Hemphill was a poet, artist and activist active in Washington DC in the latter half of the 20th century. He was openly gay and was active in the community, writing about his sexuality as it intersected with every other aspect of his life and identity.

Hemphill saw Langston Hughes as an inspiration. Hemphill won many awards for his work throughout his life, including the National Library Association’s Gay, Lesbian, and Bisexual New Author Award.

He was a co-founder of the Nethula Journal of Contemporary Literature. In 1983 Hemphill was part of the performance poetry group Cinque. Part of his work focused on the national AIDS epidemic, which Hemphill eventually died of in 1995.
Mabel Hampton
Mabel Hampton was a singer and dancer during the Harlem Renaissance, a hospital attendant, and a prominent lesbian and gay rights activist. She lived with her partner Lillian Foster for over 4 decades until Foster’s death in 1978, and throughout their lifelong relationship they referred to each other as husband and wife.

In 1984 at a New York City Gay Pride Rally Hampton famously said, “I have been a lesbian all my life, for eighty-two years, and I am proud of myself and my people. I would like all my people to be free in this world, my gay people and my black people.” Hampton worked with SAGE, an organization dedicated to elderly members of the LGBT+ community, and was an important early member of the Lesbian Herstory Archives, an organization dedicated to preserving the history of the lesbian community.

In 1985 she was named the grand marshal of the New York City Gay Pride March and awarded a lifetime achievement award by the National Coalition of Black Lesbians and Gays. Hampton died in 1989, after leaving many interviews, pictures and records to the LHA.
Marsha Johnson
Marsha P. Johnson was a queer activist, sex worker, drag queen and member of the gay liberation front as well as STAR (Street Transvestite Action Revolutionaries). Johnson was the one to throw the first brick at the Stonewall riots in 1969, nowadays often referred to as the first Pride.

She modeled for Andy Warhol, performed on stage with the drag troupes Hot Peaches and The Angels Of Light, and advocated for AIDs awareness with the ACT UP association. In 1992 Johnson’s body was found in the Hudson River. It was ruled a suicide, yet there have always been suspicions that it was murder as all who were close to Johnson say she was not suicidal. Johnson was 46.