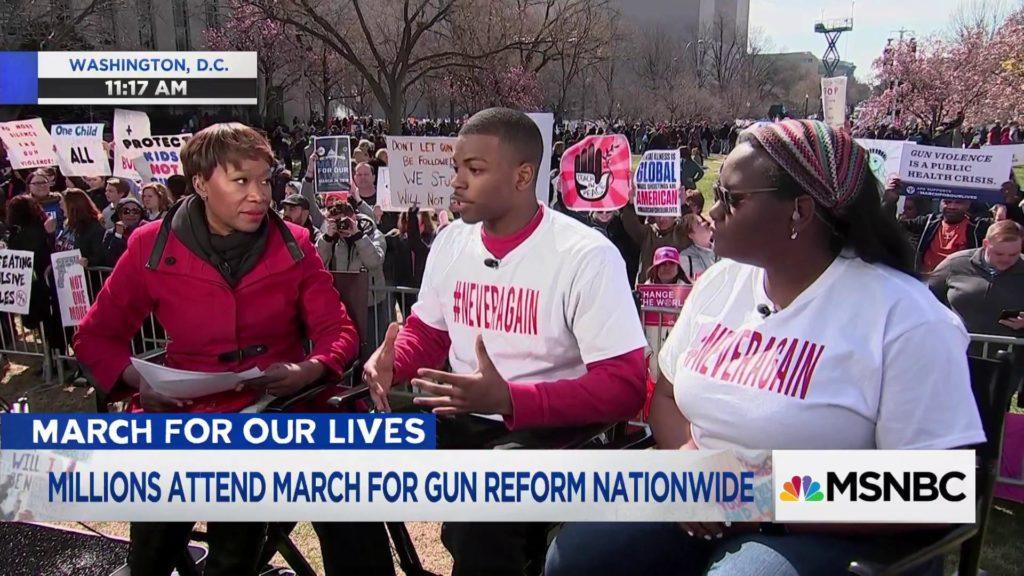 We know of many black activists throughout history. We also know of youth activists across the country. Unfortunately when these two identities correspond, the people within them are often not given the recognition they deserve. In order to recognize and celebrate these people, here is a small list of some notable African-American youth activists from both around the country and here in Louisville.
Mari Copeny
Better known as “Little Miss Flint,” Mari is famous for her work helping her community—Flint, Michigan—in their ongoing water crisis. Mari had previously participated in marches protesting the water quality in Flint but in 2016, when she was only eight years old, she wrote to then-president Barack Obama, asking to meet with him to discuss the situation in Flint. Instead, he came to her, helping bring national attention to the issue. Mari has also donated over 1,000 backpacks and school supplies to students in need in her community for a nonprofit called Pack Your Back and continues to work to help her community.
Quintez Brown
Quintez is a Manual graduate and current student of the University of Louisville’s Honors college. He is an opinion editor for The Louisville Cardinal and a strong advocate for social justice. At Manual, he was president of the Black Student Union. Last year, Quintez was among a select few students who were chosen to go to Washington, D.C. for the March For Our Lives. While there, he was interviewed by MSNBC about the march and how gun violence affects black communities.

Sage Grace Dolan-Sandrino
Grace is a transgender student as well as an artist, activist and advocate for LGBTQ+ children of color. She has written for many publications, such as Common Dreams and Teen Vogue, and has worked with President Obama to bring federal protections to transgender students. In November of 2016, she helped lead a walkout protesting then president-elect Donald Trump. She was named one of The Root’s Young Futurists of 2017, and has worked as a representative for The Aspen Institute and as a Peer Educator for SMYAL.
Marley Dias
In 2015, Marley became frustrated; she loved reading, but all of the books she was reading had only white male protagonists. So she created the #1000BlackGirlBooks campaign, a campaign to collect and donate 1,000 books with black girls as the main character. Marley’s campaign went viral and she has since received over 10 times her original goal. She was named one of Forbes 30 Under 30 and spoke at 2018’s United State of Women Summit. She published her own book in January: “Marley Dias Gets It Done: And So Can You.”
Sean Waddell
Sean is a student at Manual and an outspoken black activist. The grandson of Muhammed Ali, he is the current president of Manual’s Black Student Union. Sean frequently speaks at activism events and marches, works with the Ali center, and has also performed at Manual’s Black History Month Program. He has also been a guest on The Funky Politics radio show, as well as RedEye’s RA.M. Radio podcast.
Destiny Watford
Destiny is the accidental environmental activist who stopped the construction of an incinerator that would have pumped pollution into her neighborhood. Living in the Curtis Bay area of Baltimore, one of the most polluted parts of a state with the highest percentage of deaths caused by air pollution. When there was talk of construction of an incinerator that would emit up to 1,240 pounds of lead and mercury into the air each year, Destiny was more than a little concerned. Destiny lead the charge against the incinerator’s construction, co-founding a grassroots campaign called Free Your Voice. For her work, Destiny was awarded The Goldman Environmental Prize.
Kyra Welch
Kyra is the co-president of Manual’s Black Student Union with Sean Waddell. She has been in BSU since she was a freshman. Last year, she helped organize and spoke at last year’s BSU student sit-in after the controversy involving former president Jerry Mayes, and during her sophomore year, she did the same for a city wide Black Lives Matter rally in response to the killings of Alton Sterling and Philando Castille by police officers. She was also a guest on the second episode of RA.M. Radio.

These are just a few of the African American activists in our nation. There are thousands throughout the country working to fight discrimination and push the world forward. You can find more in articles here and here. I encourage us all to do more to recognize black youth activists and raise them up to where they deserve to be.